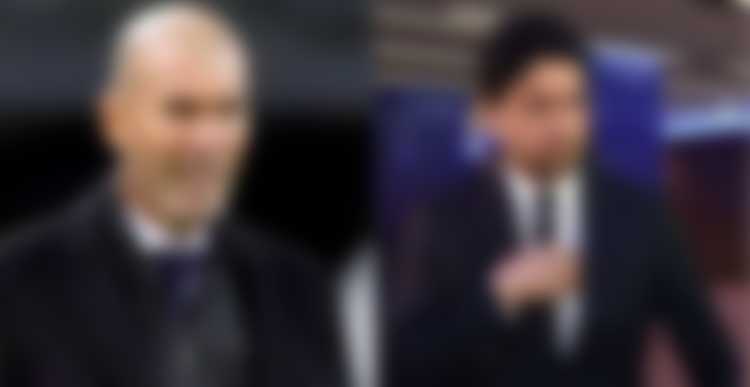 The Zidane story!! There is a wave of change taking place in Paris. The French giants are not done after making Kylian Mbappe the world’s highest-paid player and agreeing on a 3-year contract extension, there are a host of changes to be expected after this. The club have already begun a search for the new sporting director after it was revealed that the time of current sporting director Leonardo has now come to an end, with him all set to leave in the summer.

Another area where change is expected in the Parisian ranks is the post of manager. With the club seemingly done with Mauricio Pochettino, the club will be actively looking for a new manager to start this new era for the club. And the name on the top of their wishlist to take the hot-seat is none other than former Real Madrid manager Zinedine Zidane.

The club have been long-term admirers of the Frenchman, who has been on a sabbatical ever since having a second successful spell with the Spanish giants. The French club has been doing everything in their power to ensure that he is the manager for the next season.

The Real Reason Why Zidane Said No To The PSG Job

But in a stumbling block for the club, it has been revealed that Zidane has snubbed PSG and will not be the manager for the club. This comes as a significant blow to the club, and has now put a spanner in the works of their ambitions this summer. Zidane has been very open about the fact that he has his heart set on the job of the French national team, after Didier Deschamps’ retirement post the 2022 World Cup.

The former France legend has earlier even turned down the offer of becoming Manchester United head coach, after the sacking of Ole Gunnar Solskjaer in November. For the longest time, it looked like it would only be a matter of time before the Parisians complete the agreement to sign Zidane as their new manager, and it seemed like everything was agreed upon, but it was not to be, and the club have now been left in a lurch.

With Zidane rejecting the opportunity to coach PSG, the manager market at the moment is very thin to choose from, with not a lot of elite managers available at the moment. There are very few of those who PSG want, while some have been taken by other clubs. This is a stumbling block in another way because it is rumoured that one of the ways PSG used to make Mbappe stay is assure him that Zidane would be next Paris manager. With that seemingly down the drain, it will be very interesting to see how the club advances from here!!