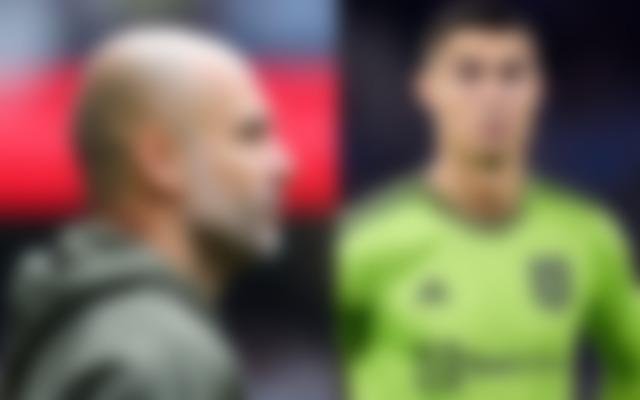 Cristiano Ronaldo, a striker for Manchester United, has revealed he came close to joining with City last year but was persuaded not to by Ferguson, Ronaldo’s old boss.

Ronaldo transferred to Manchester United from Juventus on a two-year contract in August 2021, citing Sir Alex Ferguson as a big influence in his decision to return to the club with whom he won eight major championships between 2003 and 2009.

According to a snippet of the interview that was released on Sunday, Ronaldo said that United had deceived him and that he was being pushed to leave the club.

The Portuguese striker said that United did not stand by him when his daughter was hospitalized in July, casting doubt on his story and demonstrating a lack of empathy when he was late to pre-season training.

United said on Monday that they would respond to Ronaldo’s claims that he was being driven out of the club and that he felt betrayed by the organization only after they had gathered all the facts.

According to ESPN’s sources, when Ronaldo claimed that he “doesn’t respect” the Dutchman, Ten Hag told the Glazers, Arnold, and Murtough that he could never work with Ronaldo again.

ESPN has been informed by many sources that the bulk of the team does not feel Ronaldo can make a comeback, especially because Ten Hag has adopted such a strict stance on squad discipline since becoming manager in the summer.

“Well, honestly, it was close… It’s something they spoke [about] a lot and [Manchester City manager Pep] Guardiola said two weeks ago, I guess, that they tried hard to have me,” Ronaldo told Piers Morgan in an interview for TalkTV, the first part of which was aired on Wednesday.

Thank you so much for following your heart. At the end, we won. https://t.co/XqWGaealpB pic.twitter.com/NXczHxDpzh

Says it all about the man. Sir Alex had to step in! No love for Utd only himself. Don’t forget his behaviour the first time he left 🤬 he’s worse than what Pogba was the last few years get him gone #MUFC https://t.co/u0GClp4DyY

Would have fallen out with Pep in the first few months lmao. If he thinks ETH does not respect him by benching him, then he did himself a huge favour by not going to City https://t.co/cAGdmChVTB

he's perfected the art of lying pathologically, look at his face ffs he actually believes in his own words https://t.co/4VI4EgpBnO

Naa Ronaldo is a woman! Herh this guy can lie! No wonder his fanbase always make fake stats to pr!! Lmaoo Guardiola says they wouldn’t have signed him , he’s saying city tried hard to sign him 🤣🤣 https://t.co/n2F1hCsCZk