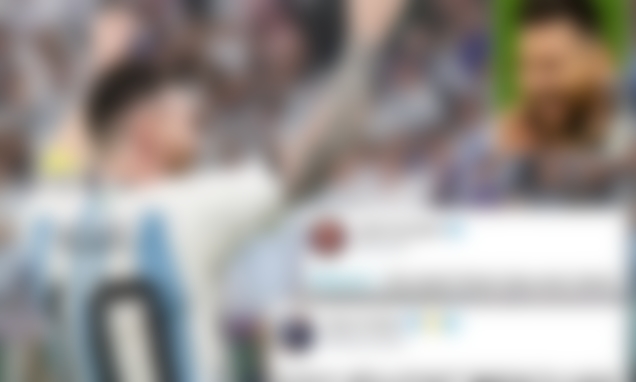 Lionel Messi was once again the man of the night as Argentina beat Croatia by 3-0. The Argentinian forward put in a stunning performance, with a goal and two assists – setting up Julian Alvarez twice, the second coming after a mesmerizing run from the halfway line

The whole world and social media reacted to the stunning display from Messi, calling him the undisputed GOAT.

Football pundit Gary Lineker, taking to Twitter after Lionel Messi’s sublime assist, insisted the debate regarding football’s all-time greatest talent is now over. “Is there still a debate? Asking for a goat,” he wrote.

Jamie Carragher added to Lineker’s thoughts, adding: “The best there has ever been!”

Jeff Stelling took it to the Cristiano Ronaldo fan and friend Piers Morgan, adding: “So where are we now in the Ronaldo v Messi debate?”

After the game, Gary Neville was impressed by Lionel Messi and Co:

“I’ve got no sense of how he does that at that speed. 12 years ago he was running past people, now he’s adapting to the latter part of his career.”

“Now he can go sleeping for 15-20 minutes. It feels like a mission for him. The rest of the team is so committed behind him.”