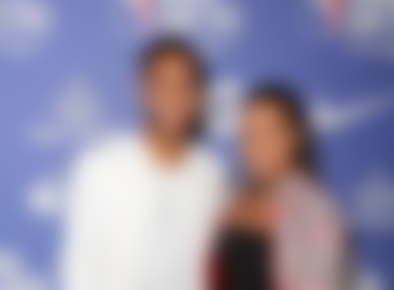 Raheem Sterling is regarded as one of the best wingers in the world and since he move to Manchester City from Liverpool his game has gone to another level as he has helped City win numerous trophies.

However, today is not about Raheem’s life on the pitch, but rather his life off it and in particular, his personal life and girlfriend.

Who is Raheem Sterling’s girlfriend?

Of course, your mums are the most important thing…"#MCFC pic.twitter.com/gODmTmPzpK

Paige Milian is Sterling’s long-time girlfriend and actually, she is his fiancée as in 2018 Raheem got down on one knee and proposed to Paige. The pair was due to be married in 2020 and they met while Sterling was plying his trade with Queens Park Ranger.

As with any relationship, there have been ups and downs as Paige has been accused numerous times of cheating by Sterling but it seems that despite it all, they are in love and their relationship is a strong as it has ever been.

Who is Paige Milian?

She was born in North London on July 25 in 1995 which means she is currently 25 years old and her zodiac sign is Leo. Her parents have some Caribbean origin and that means she is half Caribbean while she also has one sister named Thea Nicole.

At the time of writing, she works at Colossal Sports Management as a manager while she is also the owner of Milian Property Group and she is a very popular WAG as Sterling is an extremely popular player and she is very popular on her social media channels as she has over 76,000 followers. She also regularly posts pictures of both her and Raheem as well as their family.

The Manchester City winger became a dad at the ripe age of just 18 and on June 28 in 2012, Melissa Clarke, Sterling’s ex-girlfriend gave birth to their daughter who they called Melody Rose Sterling. In 2017 on January 17, Paige and Sterling had their first child together, a boy named Thiago Sterling and in 2019, Paige gave birth to the pair’s second son, who they named Thai Sterling.