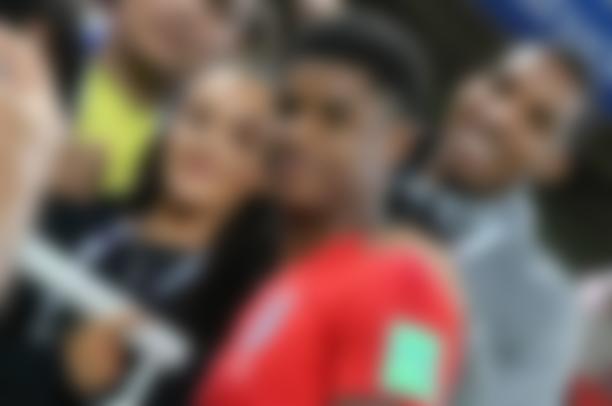 Marcus Rashford has been making headlines recently, and for the right reasons with his continued work off the pitch to help eradicate hunger among kids in the UK. It paid off as he won the battle in the summer so that kids in school will get a free school meal voucher which reaches around 1.3 million kids in England.

Despite all his great work, today is not about the Manchester United player, but rather his partner. We go to find out exactly who Lucia Loi is.

She has worked for a PR company in Manchester as a PR account executive called Sugar. Her job involves organizing events and networking and she definitely helps Rashford navigate the tricky things that come with being famous.

The brunette is often seen in the stands supporting Marcus and was spotted at the World Cup match in 2018 when England faced Columbia. According to her bio, Lucia loves cooking and art, while she also enjoys travelling too.

According to The Sun, Lucia is quite accomplished too. Having earned a first-class degree with honours. According to the report, Lucia (22) had been studying advertising and brand management at the Manchester Metropolitan University for the last three years.

The first-class degree is the best available grade to a BH (honours) student and what this now allows her to do is have a long and successful career in advertising and PR.

She also has a great following on social media, and she has a good presence online. Her Instagram account has over 30,000 followers and according to her LinkedIn profile, she has done some charity work in Zambia, helping underprivileged kids by being involved in their educational classes as well as their sports classes.

How long have they been dating?

The pair are said to be childhood sweethearts and have reportedly been together since their school days. Reports say that they have been dating since 2016 and that the couple celebrated Rashford’s two-goal debut performance in their common room at Ashton on Mersey School which is in Sale.

Despite Rashford’s high public profile, the pair like to keep away from the public eye, however, back in 2016, Lucia managed to post a picture of the couple to her Instagram account for Rashford’s birthday. Since then, her account has been switched to private.