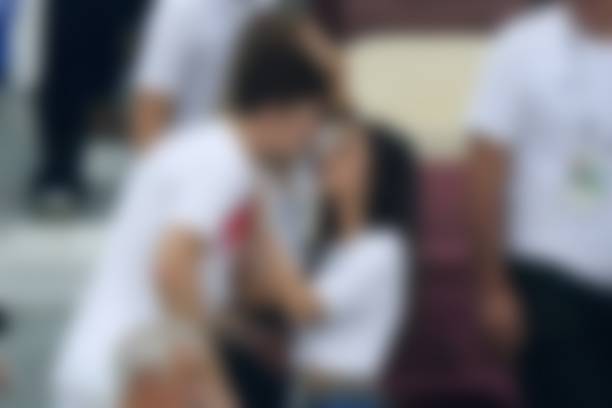 Harry Maguire has been the subject of much debate since his huge money move from Leicester City. United forked out a ridiculous amount of money for a defender who many think is simply not good enough for United. However today we are going to give Harry a pass on that criticism and focus on his life off the pitch and in particular his personal life.

In this article, we have a look at exactly who is Harry Maguire’s girlfriend.

Who is Fern Hawkins?

Harry Maguire’s girlfriend is Fern Hawkins and the two are engaged. She has a bachelor’s degree in physiotherapy and science after she graduated in 2017 with First Class Honours. She is from Sheffield, like her fiancée and they have been dating for a tick over nine years after they started way back in 2011.

Fern does not always target Maguire for her affections, on her social media, he consistently posts tributes and kind words for their dog, Simba. However, Maguire gets his fair share of love from her too.

When did Fern and Harry become engaged?

Harry and Fern got engaged back in 2018 on February 18 and she admitted that the United defender popped the question while they were on a getaway in Paris. She took to her Instagram to let her fans know.

“On Saturday night, Harry made me the happiest girl in the world & asked me to marry him in the most perfect way” she said.

During the World Cup in 2018, Fern could be seen wearing the engagement ring while she was riding shotgun around Russia as she was supporting her fiancée.

She could be seen in the stands having a good time while Harry was playing, most of the time with a beer in hand, and Maguire would always look for her at the final whistle as they posed for pictures.

Do they have any children?

Yes, the couple does. Fern gave birth to their first child in 2019 on April 3, naming her Lillie Saint Maguire, and funnily enough, she came into the world after England managed to beat Columbia on penalties at the World Cup.

The win was huge for England and as you can imagine, there were huge celebrations. You can see pictures of Maguire celebrating with his fiancee after the win.

The couple has not stopped at one child however, in May of 2020, Fern gave birth to their second child. Another daughter who they named Piper Rose.

Say what you want about Harry Maguire’s on-field actions, but off the field, he is definitely scoring goals.