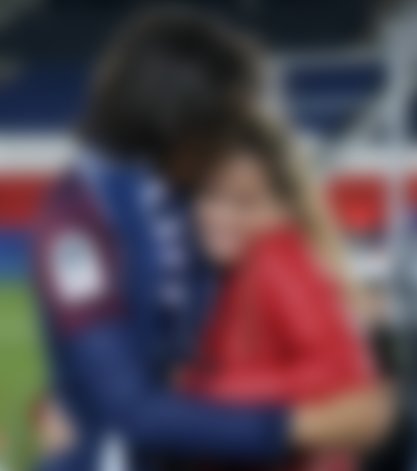 Everyone who knows football will know Edinson Cavani. He is one of the best strikers in world football and he has won many titles across his career and most notably with Paris Saint-Germain.

Today however, we are not talking about his career rather his personal life and we are going to delve a little deeper into this private life with his girlfriend.

Who is Edinson Cavani’s girlfriend?

Cavani’s girlfriend is Jocelyn Burgardt and the two have been in a long-term relationship since 2015 when they began dating. Cavani decided to start dating again after his divorce from his former wife of seven years, Maria Soledad Cabris Yarrus.

Cavani and Burgardt met each other while she was a dancer for the parade of Bella Union as she was a fantastic dancer.

Who is Jocelyn Burgardt?

Burgardt was in 1992 on September 21 in Bella Union in Uruguay and she is a Virgo. As a dancer, she specialized in the samba and she is currently juggling her life between two fields, fashion, and dancing.

Currently, she is a Cultural manager. and she has had numerous photoshoots with a number of well-known magazines. Unlike other WAG’s Jocelyn likes to keep herself out of the spotlight and rarely uses social media. She only has around 300 followers on her Instagram account and her profile is set as private.

She is good friends with Angel Di Maria’s wife Jorgelina Cardoso as well as Carol Cabrino who is Marquinho’s wife and Keylor Navas’s wife, Andrea Salas

Cavani has three children, two from his first marriage and in 2019, Jocelyn gave birth to Cavani’s third child, a girl named India Cavani.

The striker spoke after his move to Old Trafford and he stated that he nearly gave up football entirely after Jocelyn contracted Covid.

Of course, I considered the idea of quitting football.

“We have suffered through the coronavirus with my family and with my girlfriend.”

Jocelyn tested positive for the virus just after Cavani’s time with PSG finished up in the summer.

“The truth is that it was bad because of the fear that it awakens,” Cavani said

“It is normal that anxiety begins to enter your mind.

“The leagues had started to compete and of course, I wanted to have a team.

“There are things that are not given because they should not be given.

“I am of the idea that in life things come when they have to come and sometimes, no matter how much you want something, if it doesn’t have to happen, it doesn’t happen.

“There was a lot of uncertainty and anxiety. Days began to pass and I saw my family, friends and everyone wanting to know where I was going to play.

“We are here, happy with the decision and now I want to put on the shirt.”