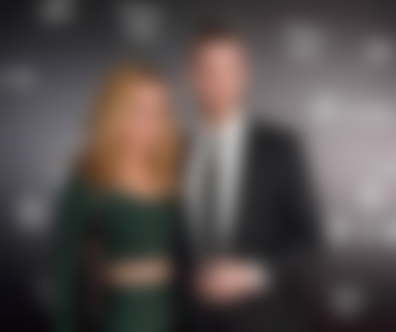 David De Gea is one of the world’s best goalkeepers and has been between the posts for Manchester United since 2011.

He has been a mainstay in the United goal for years and has won many accolades, however today we are going to focus on his life off the pitch, and in particular, his girlfriend, Edurne Garcia Almagro.

Who is David De Gea’s girlfriend?

The United shot-stopper has been in a relationship long-term with Edurne Garcia Almagro. The pair started going out back in 2011 and they have been at each other’s side since and last year, they celebrated their ninth year anniversary. The pair are still not married but one can only assume that after nine years together, it is coming soon.

Who is Edurne Garcia?

She was born in Madrid, Spain, in 1985 on December 22 and that means she is 34 while her zodiac sign is Capricorn, and she has a height of around 1.70 m. Edurne is a famous singer in Spain and she is a TV presenter and actress as well.

In 2005, she rose to fame when she participated in the show Operacion Triunfo on TVE. Despite her finishing in the sixth position, her fame was already on the up. Edurne had been taking lessons on acting and singing since she was nine and she later formed part of Trastos, a music group.

She released her very first studio album in 2006 titled Edurne and the record was produced by Sony BMG Spain. A year later she released yet another album, titled IIusion, and Ven Por Mi was named as her lead single and it even made it into Spanish Dance iTunes Charts top 20.

In 2015 she represented Spain at the Eurovision song contest and Spain finished 21st in the competition. Later that year Edurne said that she was joining the TV show Spain’s got Talent and she was part of the judging panel. Four years later in 2019, Edurne released another single, Demasiado Tarde and the song featured Carlos Baute. In the same year, she announced that she was going to another show as part of the judge’s panel, Idol Kids.

She is active on social media too, racking up over 1.5 million followers on her Instagram and she posts herself and David together as well as some of her songs which she can be seen singing.

Among those, there are numerous pictures of her in a bikini and because she regularly works out, she has an incredible figure. On her Twitter account, she has over 1 million followers.

As you can expect she has a big net worth. Working as a singer, judges on TV shows, and as an actress brings in big dollars and it is estimated that her net worth is around €17 million, although that is just a guess from various reports.

She and David do not currently have any kids despite being together for a long time. They both live in Manchester however Edurne has been seen regularly flying back to Spain for her work commitments.