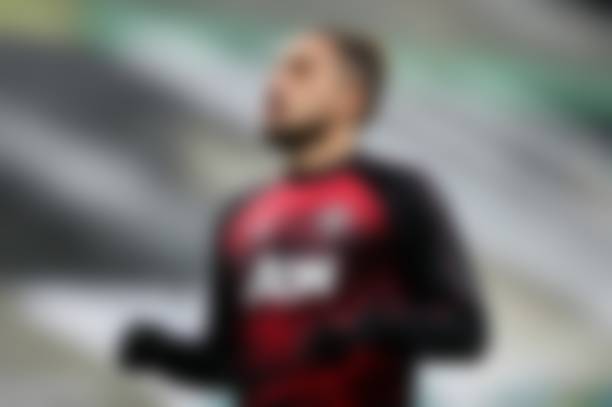 Alex Telles at one stage was one of the best left-backs in the world. He played in Portugal for Porto for several years before making the move to Manchester United in the 2020/21 season.

However, today’s article is not about the defender, but rather his personal life and in particular, his wife. We go in-depth to find out just who Priscila Minuzzo is.

Who is Alex Telles’s wife?

Since 2018, Alex Telles has been married to the gorgeous Priscila Minuzzo. The pair started dating back in 2012 and dated years before finally taking their relationship to the next stage by getting married. The pair met while Alex was playing in Brazil for Juventude.

The wedding was incredible as they got married in Caxias do Sul, Brazil at the São Pelegrino Church while well-known violinist João Pedro Gregol played for the pair and even played the song in which Alex Telles serenaded Minuzzo.

Minuzzo was born in Caxias do Sul in Brazil in December 1993 and she is 27 years old and her star sign is Sagittarius.

Minuzzo is not only beautiful on the outside but the inside too as she likes to help out others who are not as fortunate. She is currently the co-owner of an organization called Fluencia Hip Hop House and it emphasizes social transformation and emancipation.

The charity helps young adults, teens, and children who are from poor families and incorporate them into society by helping them through things like graffiti, DJ-ing, and break dancing. So far the organization has helped over 70 people and is only getting bigger.

Minuzzo has an active social media presence too. Her Instagram profile has over 5,000 followers and she posts regularly. However, not many people see these posts as her profile is set on private. She also has a Twitter account.

Like her husband, Minuzzo has lots of tattoos. All over her left arm and has some on her upper chest as well. She also has a butterfly on her back for good measure.

It is great to see people who use their standing in the world to try and make a difference and Minuzzo is certainly doing that.