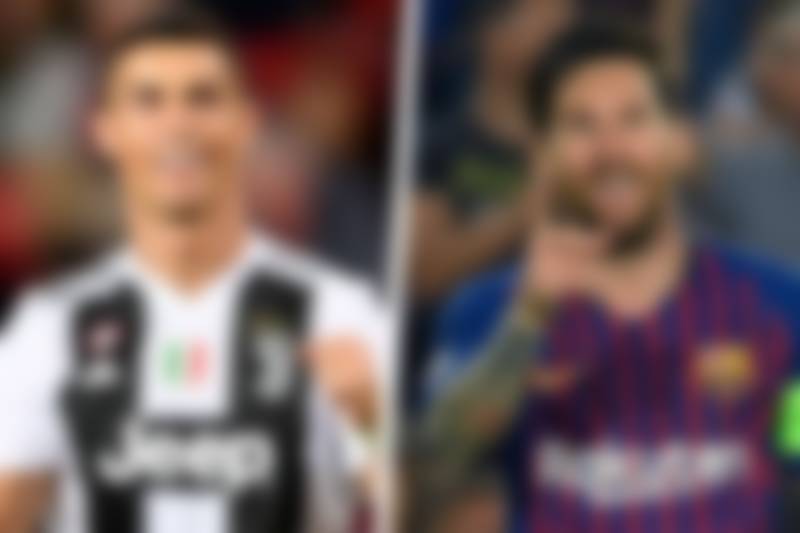 So let’s talk about a very frequently asked question and that is “who has more fans, Messi or Ronaldo?“. And here we will try to analyze and answer the question and the Ronaldo fans vs Messi fans rivalry.

The Portuguese superstar has been at the top of world football for more than a decade and his association with some of the biggest names in the game – Manchester United, Real Madrid, and now Juventus have helped him build a fanbase that is expected to cross the half a billion mark by the end of the year.

Below is the breakdown table of Cristiano Ronaldo’s fan following across all social media.

According to a report published last year, Cristiano Ronaldo earns more through his Instagram sponsorship deals than his wages at Juventus, which tells us a lot about his social media importance and presence. His Instagram posts are mix of personal family photos, professional photos, and some paid content.

Since April, Cristiano Ronaldo has added more than 30M followers to his fanbase. However, the fan base is only expected to grow since the player is showing no signs of slowing down as a player.

The 6-time Balon d’Or winner and arguably the best player on the planet right now, Lionel Messi is also the most followed player on social media after Cristiano Ronaldo. Messi has dethroned his former teammate Neymar and now has even more followers than him. Despite not having a Twitter account, Leo Messi still has an active social media presence and a huge fan following.

The Argentinian has a huge following on Instagram and he is very active there. Most of his Instagram posts are team related, awareness videos, or sponsorship deals/paid content. Unlike Cristiano Ronaldo, Leo Messi rarely shares his personal life details on social media.

Below is the breakdown table of Lionel Messi social media fan following.

Ronaldo vs Messi fans Head to Head (side by side table)

In this topic, we will take a detailed look at Ronaldo vs Messi fan base Head to Head table.

Messi vs Ronaldo Fans in India

Leo Messi and Cristiano Ronaldo have got so many supporters from South Asia but most of the support comes from a city in India called Kerala. So let us take a detailed look at Messi vs Ronaldo fans in India.

Cristiano Ronaldo has got a huge fan base in Kerala – a city in India. Fans are passionate for their idol in that country, just like other countries in South Asia. There are many dedicated accounts on social media for Cristiano Ronaldo for the people in Kerala but we will only take a look at the major accounts.

On Instagram, there is a page called Cristiano Fan Kerala having 8 thousand followers.

On Facebook, there is a page called Cristiano Ronaldo Kerala fans and that page has 2 thousand likes.

Here is a break down table about Ronaldo fans in Kerala.

But it seems like people in Kerala love Leo Messi more than Cristiano Ronaldo and that is shown by the number of followers Messi has on Kerala’s social media.

On Facebook, there is a page called Messi-fans Kerala and that page has 171K likes.

On Instagram, there is a page called Messi Fans Kerala having 287 followers.

Here is a break down table about Lionel Messi fans in Kerala.

How many fans does Ronaldo have?

How many fans does Messi have?

Lionel Messi is the second most followed and liked athlete on social media and below is how his fans are distributed across the social media:

Celebrities who are Messi fans

Lionel Messi has fans all around the world. Kids love and support him and veterans just appreciate his class. Let’s look at the list of the celebrities and non-football players who are fans of Lionel Messi.

Celebrities who are Ronaldo fans

Here we will answer the most frequently asked questions on the Internet about Ronaldo fans vs Messi fans.

Who has more Fans in Football Messi or Ronaldo?

That is a hard question to answer but there are more Lionel Messi fans in football than Cristiano Ronaldo fans. Leo Messi has earned more respect than Ronaldo due to his humble, down to earth and polite nature.

Who has more Fans in the World Messi or Ronaldo?

What are Cristiano Ronaldo fans called?

The rival fans call Cristiano Ronaldo “Penaldo” because he wins and scores a lot of penalty.

What are Messi fans called?

Same with Messi, the rivals calls him Pessi. The name Pessi was born as a direct rebound of “Penaldo”. They use the word “Pessi” against the Barcelona fans who disrespect their team and players.