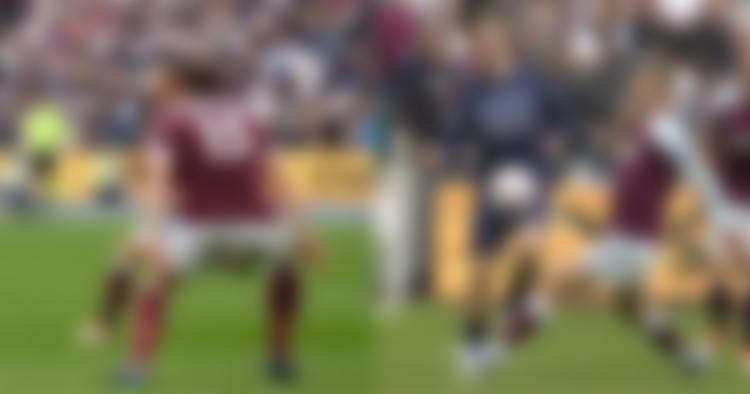 West Ham Vs Manchester City Review- Just when Manchester City thought that their part to yet another Premier League title would be smooth, David Moyes and co. had other ideas. There was one last resurgent fight left in the Londoners, who wanted all three points for a totally different reason. Though neither got more than a single point on the night, it was a fair result to say the least.

The West Ham vs Manchester City game ended in a 2-2 stalemate, with most of it being end-to-end. The match was a fun-fest for the fans, who would have hoped for a winner right till the end. The hosts took the lead and added two goals to their name before the visitors and reigning champs tried to complete the perfect comeback, to move one step closer to yet another league title.

The West Ham vs Manchester City produced a lot of moments of brilliance. However, both sides eventually cancelled each other out and there was no clear winner. The game kicked off when Gerard Bowen scored the opener in the 25th minute, followed by his second goal just at the stroke of half-time.

Though the Hammers were not the dominant side out of the two, their 2-goal lead seemed untouchable initially. As half-time approached, Manchester City had all the hard work to do. Pep Guardiola had wet eyes, as the first period came to a close.

With that being said, the Spaniard gave the right kind of team talk that was needed. When City returned to the pitch, they controlled the game in every aspect. First, Jack Grealish, who was having yet another good game, scored four minutes after the restart. To add to that, an own-goal by Vladimir Coufal in the 69th minute gave West Ham some nervy feet.

Further, Riyad Mahrez had the perfect chance to kill off the game from the penalty spot. Dawson caught Gabriel Jesus and referee Anthony Taylor pointed to the spot. However, the Algerian could not beat Lukas Fabianski, who did his job. The save was made and a point was stolen too. It was the final game at the London Stadium possibly for West Ham skipper Mark Noble.

The West Ham vs Manchester City game had everything. Great goals, great defending at times, an own goal and the silly error or two, which got the fans buzzing. West Ham secured European football, while Manchester City has a four-point lead over the Reds, who have a match in hand. What a brilliant game!!