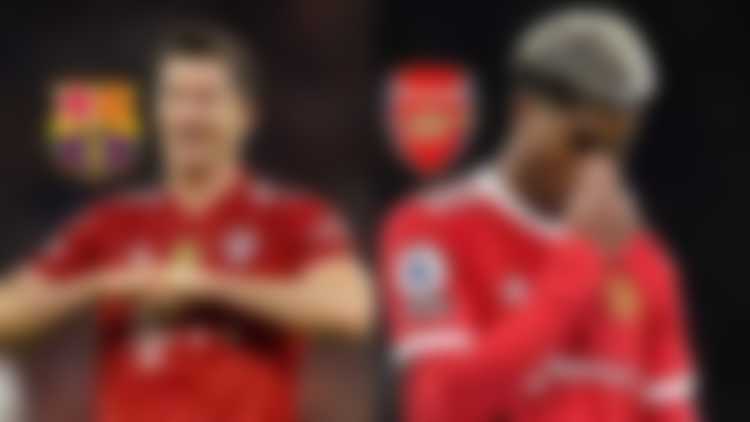 Welcome to the monthly Football Transfer Rumors Roundup brought to you by TheFootballLovers.

Barcelona and talismanic Bayern Munich striker Robert Lewandowski, whose contract ends in 2023, have reached an agreement in principle. The Polish striker is considered a more feasible and less expensive alternative than Erling Haaland of Borussia Dortmund.

The Polish star striker is seeking a new challenge, with his contract with Bayern Munich expiring next summer. Six times at the top of the Bundesliga’s scoring lists, the Polish star has earned the league’s Player of the Year honor. This season, Lewandowski has scored 45 goals in 37 games across all competitions.

Barcelona’s pursuit of Real Madrid target Kylian Mbappe is also very unlikely, with president Joan Laporta indicating that the club will be careful in the summer season due to ongoing financial issues.

Meanwhile, Leeds has informed Barcelona that if they want to acquire Raphinha, they would have to pay the Brazilian winger’s £62 million release clause. Paris Saint-Germain is also rumored to have entered the bidding for the attacker.

Next up in the Football Transfer Rumors Roundup, we have Marcus Rashford. Out-of-favour Arsenal are interested in signing Manchester United forward Marcus Rashford, who are currently looking for a new striker in the Premier League. Dominic Calvert-Lewin is still a possibility, with Everton willing to let him go this summer.

Paul Pogba is another big name at Old Trafford who is likely to exit, with PSG prioritizing a summer transfer for the soon-to-be free agent. Recently, the Frenchman stated that he would be willing to play for his hometown club.

Paris Saint-Germain are also interested in recruiting Romelu Lukaku and might provide him with a way out of his current Chelsea misery. A few months ago, Lukaku expressed his desire to leave Chelsea just after one season.

Following his return to fitness, Paris Saint-Germain are keeping an eye on Pedro Neto’s performances for the remainder of the season.

Despite manager Jurgen Klopp’s admiration for West Ham midfielder Declan Rice, Liverpool will not be among the clubs interested in signing him this summer.

After admitting he wanted to play Champions League football, Leicester City face a struggle to maintain outstanding midfielder Youri Tielemans. The 24-year-current old’s deal is set to expire in 2023, and he has previously been linked with Arsenal, Manchester United, and Chelsea.

Continuing with the Football Transfer Rumors Roundup, we have Paulo Dybala and Lautaro Martinez. Inter Milan are expected to make a bid for Juventus’ Paulo Dybala, who is due to leave in the summer as a free agent. Dybala is viewed as the ideal alternative for Lautaro Martinez, who may be leaving the team.

Meanwhile, Napoli have set a €100 million price tag on center forward Victor Osimhen, despite interest from Arsenal, Manchester United, and Liverpool. Osmihen has had a great individual season so far, becoming one of the most feared attackers across Europe.