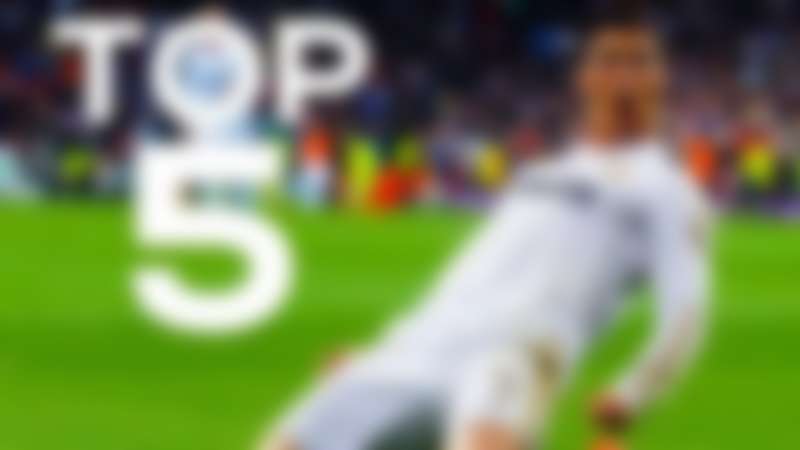 Here is a list of top 5 CR7 goals scored during his ongoing career.

Top 5 Ronaldo goals – they are amazing!

During the semi-final of the Champions League against Arsenal, Manchester United were 1-0 up and in the lead. Ronaldo stood over a free-kick about 35 yards from the goal.

He shot the ball with power into the net, leaving the goalkeeper completely surprised. United won the match and went into the final of the Champions League.

Manchester United were 1-0 up in the match against Portsmouth, and Ronaldo got fouled 30 yards from the goal. The Portuguese superstar unleashed a tremendous shot. The ball swirled in the air and went into the corner of the goal. The goalkeeper stood no chance.

36 minutes into the La Liga match against Osasuna, Ronaldo ran at the backline of Osasuna and shot from 30 yards in open play. His shot had so much power that the net was bulging as soon as the ball left his foot. One of the best finishes to ever be produced.

Another free-kick, another outrageous Ronaldo goal. During the Champions League match against Marseille, Ronaldo won a free-kick. Rather than going for power, he went for precision. The ball glided beautifully into the upper corner of the goal from 40 yards.

One of the greatest goals of all-time scored by the superstar Ronaldo. He showed that even at the age of 33, nobody can match his athletic ability. Ronaldo meets across with a bicycle kick. His feet were almost 7 feet in the air. The ball went into the bottom corner, leaving everyone astonished. Even the Juventus fans rose to cheer him.

Juventus vs Sampdoria 2019 Series A

Juventus clashed against Sampdoria in Series A in 2019. The score was level just before half time. At the 45th minute, Ronaldo scored a header, jumping 2.56m high to score the winning goal of the match. The goal sealed Juventus three points clear in the Series A title race and went on to win the title. The final score for the game was Juventus 2-1 Sampdoria.