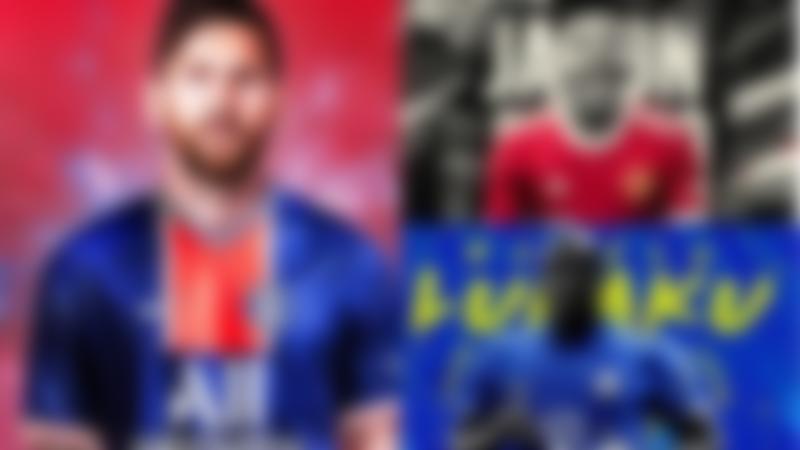 The Football Lovers has compiled a list of some of the best transfers of 2021 summer transfer window. So without further ado, let’s get straight into it!

Keep in mind that this list is about the best players to be transferred this summer transfer window, and not the most expensive transfers.

Chelsea were finally able to land their striker this summer transfer window. Romelu Lukaku has been on Chelsea’s radar ever since the Belgian helped Milan win Serie A last season. Chelsea needed an all-out striker, and Romelu Lukaku could be just that.

Scoring goals had been the only problem Thomas Tuchel faced last season. Midfielder Jorginho ended up the club’s highest goal scorer with only seven goals. That may very well change this season for Chelsea after securing the transfer of Romelu Lukaku. The signing of Romelu Lukaku is among the best transfers of 2021 summer transfer window.

Raphael Varane could be the missing piece Manchester United always needed on the defense side of things. The Frenchman has been one of the best defenders of the last decade and the signing of Varane is huge for Manchester United. Ever since Manchester United signed Harry Maguire in 2019, a debate had started about who he should be paired with.

Varane has an insane pace, which will prove a blessing for Manchester United. The Frenchman’s pace will really compliment Harry Maguire, who is not the fastest defender in the world. Raphael Varane costed a modest fee, making him one of the best transfers of 2021 transfer window.

We are now into the top 2 best transfers of 2021 summer transfer window. Gianluigi Donnarumma has become one of the best goalkeepers in the world. The transfer strategy of PSG has been questionable over the years, but we have to give credit to them for securing the services of the best young goalkeeper in the world for 5 years without even paying a fee.

Donnarumma recently helped Italy win the Euros 2021. He was an absolute wall in the final’s penalty shootout, where he saved 3 penalties for Italy. Keylor Navas has been a great asset to PSG, but Donnarumma is definitely an improvement in the goal. Coupled with some other great signings, PSG are going to be a force to be reckoned with this season.

The most shocking and the greatest free signing in the history of football; Lionel Messi to PSG. Leo Messi is arguably the best football player to ever exist. And signing the best player on the planet on a free transfer is simply ferocious. The signing of Lionel Messi leaves manager Mauricio Pochettino with a terrifying front line of attackers including Neymar and Kylian Mbappe.

To put it short, PSG won the 2021/2022 summer transfer window, after completing the signings of some of the best players for free.