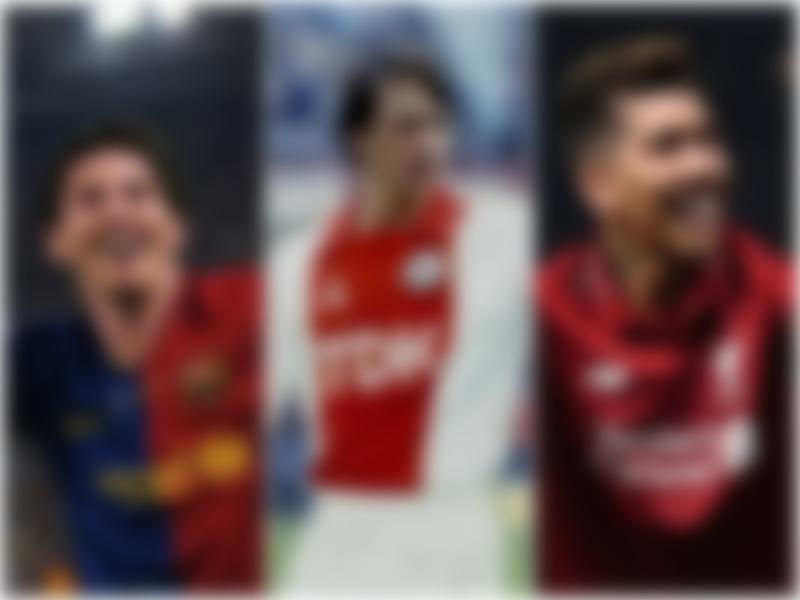 Today, we will be taking a look at some of the best football players who excelled as False 9. TheFootballLovers has complied a list of the top 5 best footballers at False 9 position.

A false 9 typically operates with a front 3 and plays naturally as a striker. However, a false nine typically drops back in the midfield to create a margin of space for the wide attackers. A false 9 is naturally supported by prolific goal scorers who can take full advantage of the space given.

So now without further ado, let’s take a look at 5 of the best football players who excelled in the false 9 position.

Kevin de Bruyne is among the best midfielders of our generation. Manchester City’s star midfielder has shined in the false 9 position in the last two seasons under Pep Guardiola. KDB has been their go-to choice as a false nine when he’s fit. It is safe to say that Kevin de Bruyne is the best false 9 in modern football.

A good example of KDB as false 9 was seen in Man City’s clash against Real Madrid in the Champions League. Pep Guardiola deployed Raheem Sterling and Gabriel Jesus as wide attackers with no striker in the middle in the away leg. Instead, Kevin de Bruyne played as a false 9 and created chances for the two wide attackers. The Belgian scored a penalty and assisted the winner for Gabriel Jesus.

Carlos Tevez is probably the most underrated false 9 in football history. Sir Alex would often deploy Tevez as false 9, behind Ronaldo and Rooney. The Argentinian used to drop deeper in midfield to create chances for the talented wide attackers.

The Striker excelled as a false 9 under Sir Alex Ferguson, before moving to Manchester City. Tevez managed to score 34 goals and 14 assists in 99 matches for Manchester United before moving on. He also won two Premier Leagues, a Champions League title, a League Cup, and a Club World Cup.

Carlos Tevez was a prolific goal scorer as well as a great defensive role model. His off-the-ball movement was ferocious as it created spaces for the wide attackers. Tevez’s flexibility was seen when he moved to Manchester City and became a goal-scoring center-forward.

Roberto Firmino, aka “The Bobby Dazzler’, is one of the best false 9 players in the modern footballing era. Firmino’s effectiveness as a false 9 at Liverpool can not be argued and it’s there for everyone to see. The Brazilian played a crucial part in the Red’s Champions League and Premier League winning campaign.

Bobby Firmino first played as a false nine in the 17/18 season. In his first season as a false 9, Firmino managed to score 27 goals and provided 17 assists. These stats are one of the best stats in history provided by a false nine player.

Firmino’s defensive awareness to trackback as a false nine, and the ability to create chances for Sadio Mane and Mo Salah has been tremendous. Additionally, Firmino nets a goal now and then, especially in the away fixtures. Under Jurgen Klopp, Roberto Firmino has scored 87 goals and 69 assists in 285 matches. This is such an impressive record for someone who doesn’t even play as a goal-scoring center-forward.

The Legendary Johan Cruyff is one of the initiators of modern football. The Dutch legend was a big fan of fluidity in the beautiful game. Johan Cruyff was very prolific as a false nine under coach Rinus Michels in the 1970s.

Rinus Michels at Ajax often deployed a 1-3-3-3 false 9 formation that focused on eliminating positional severity. The club attacked and defended as a unit in this formation. Ajax used to build up from the central defense and progressively moved forward to attack. Which is part of the reason Cruyff excelled as a false nine. Under Michels, Johan Cruyff scored 171 goals in 290 matches. He also managed to record 80 assists.

Lionel Messi is the best false 9 player in football history. The Argentinian enjoyed and thrived in this position while playing for Barcelona under Pep Guardiola. Messi recorded insane numbers under Guardiola scoring and assisting every game.

Under Guardiola, Lionel Messi managed to record ridiculous stats, scoring  221 goals in just 219 matches. Messi also provided 91 assists to round off an incredible four years under Guardiola. Lionel Messi’s are so impressive that it seemed impossible to stop him as a false nine. The Argentinian managed to reinvent the position into a goal-scoring position just like Cruyff did under Rinus Michels.

After Guardiola’s exit, Messi carried his form under new manager Luis Enrique. Messi formed a trio with Luis Suarez and Neymar. The trio of Messi, Suarez, and Neymar was feared across Europe. Under Luis Enrique, Messi managed a fantastic 153 goals in 158 matches while also providing 76 assists.