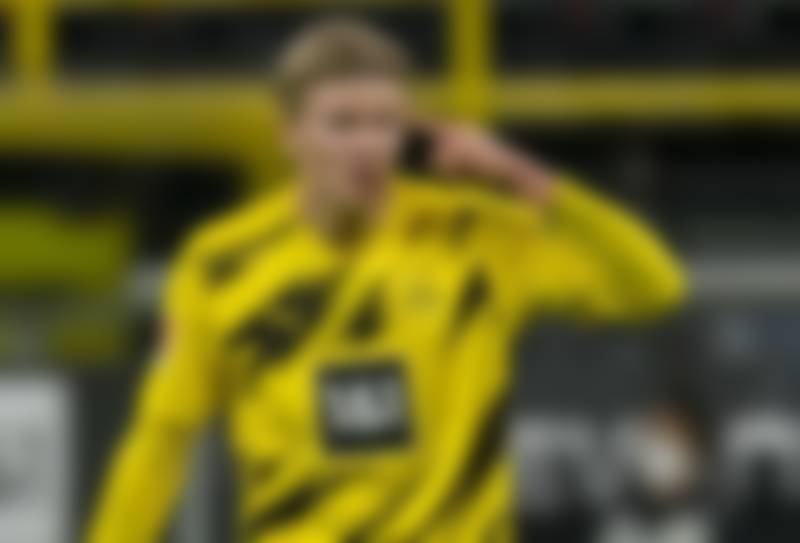 Almost all footballers dream of their sons becoming successful footballers. But not everyone succeeds. Zidane’s sons had a good chance, but none of them was able to repeat the fate of their father. But there are those who are similar to their fathers and play at a high level. These are the top 10 successful sons of famous footballers.

Janis is the son of the legendary Romanian footballer Gheorghe Hadji. Haji Jr. declared himself at an early age in the Romanian Viitorul. The young footballer was immediately bought by the Italian Fiorentina, but Janis failed to become a base player. Haji returned to Romania and now plays for the Scottish Rangers. Janis is the main player on Gerrard’s squad and has already won the Scottish Premier League this season. He is only 22 years old, and his career is still ahead.

Giovanni is the son of American football player Claudio Reyna. Claudio has played in many European clubs throughout his career and was a major player on the US national team. His son Giovanni played football from an early age and began his career at the New York City academy. The footballer then moved to Borussia Dortmund and progressed at a rapid pace. Reyna is now 18 years old and is considered one of the most promising footballers in the world.

Giovanni spends his 5th season in Serie A. During this time, the Argentine striker has scored 50 goals, which is a good indicator. Giovanni is not yet the top striker in the league, but if he is as hardworking as his father, the young footballer will be successful. Simeone Jr is 25 years old and now plays for Cagliari.

Henrik Larsson was a Swedish legend and played for Barcelona and Manchester United. Jordan is not liked when compared to his father, but he has every chance to repeat the path of his father, because he is only 23 years old.

Jordan started his career at the Barcelona academy, but failed to break into the main team. Larsson Jr. left for Sweden and now plays in Russia. Jordan is the leader of Spartak Moscow. He is also a major player in the Swedish national team.

Unlike other players on our list, Daley Blind is a seasoned footballer and his peak has passed. Daly started his career at the Ajax Academy, and in 2008 the young footballer was already in the first team. In 2014, Blind played well at the World Cup in Brazil and left for Manchester United. The Dutch defender played in England for 4 years, after which he returned to his native Ajax, where he still plays.

Like Daley Blind, Kasper Schmeichel is a seasoned footballer who has already passed his peak. In the early years of his career, Kasper Schmeichel played poorly and did not look like his father. The Danish goalkeeper started his career in Manchester City, but in 4 years Kasper took part in 4 matches. Then there were numerous leases, but nowhere Casper could become the main one. In 2011, Schmeichel Jr. moved to Leicester, which became a key transfer. Together with Leicester, Kasper created the main football tale of the 21st century and won the Premier League. Since then, Kasper has been on the list of the best goalkeepers in the world, and is also an important player in the Danish national team.

Patrick Kluivert has achieved many successes in his career and has also played in Ajax, Milan and Barcelona. Patrick has 3 sons, one of whom already plays in the top league. Like his father, Justin started his career at Ajax and made a name for himself at a young age. After several seasons at Ajax, Kluivert Jr. moved to Roma. But his career in Italy was not successful. This season, Justin plays in RB Leipzig on loan. So far, it’s not working out the best way, but Justin has a huge talent. Kluivert works with Nagelsmann, who is good at unleashing young talents. Kluivert is only 21 years old, he can repeat the path of his father.

Enrico Chiesa was an average Italian footballer who did not achieve significant success. His son, Federico Chiesa, is one of the most talented footballers in Serie A. Chiesa Jr. began his career in Fiorentina, and at a young age became a first-team player. Federico played consistently in Fiorentina for 4 seasons and was bought by Juventus last summer. In the new club, the young footballer immediately started playing and is an important player in the team. Chiesa is only 23 years old, and at this rate, he could become the best in the world.

Lilian Thuram played with Enrico Chiesa, and now their sons are considered one of the most talented football players in the world. Marcus Thuram began his football career at the French club Sochaux, and after a few seasons became a player in Borussia M. Now the son of Lilian Thuram is one of the best strikers in the Bundesliga. The only minus of Marcus is his character. Marcus is very talented and can surpass his father.

Erling’s father was a good footballer and played for Manchester City. But Haaland Sr.’s career was ruined by Roy Keane, who caused a terrible injury. Alpha-Inge Haaland hasn’t had much success in his career, but his son is the most talented player of his generation. Erling made his mark at an early age and progressed at a rapid pace. Last year, the footballer moved to Borussia Dortmund and began to conquer football Europe. Haaland is a footballer without minuses, all the football giants of the world want to buy Erling.

Did you like the article? If so, share with your friends. And also write what other such players do you know?