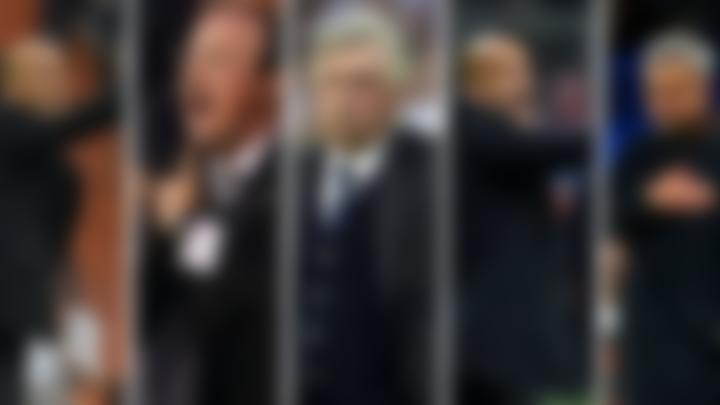 Today we are going to find out the top 10 richest football managers in the world. Diego Simeone, Rafa Benitez, Pep Guardiola, and Jurgen Klopp all feature in this list. While they might not get as much of the spotlight as their players, football managers definitely play the most important role in determining the fate of a team on the pitch.

Football managers play the role of a mastermind behind any team’s success. They are the people who train the team to reach the highest level of the game. The managers have different tasks to do. They are tasked with analyzing upcoming opponents and perfecting strategies to achieve victories. They also have varying degrees of autonomy in sanctioning transfer targets.

So to reach the highest level of the game, the big football clubs look for the best quality managers to manage the club. But high-quality masterminds come with a high price tag as well. In the past two decades, some coaches have started earning as much or even more than their own players in some cases.

The former Real Madrid and Liverpool manager, Rafa Benitez is at number 10 in our list of richest football managers in the world. He is currently managing Dalian Professional. With total gross wages of €13M, the Spanish coach is at number 10 on our list.

Benitez was appointed the coach of Newcastle United in 2016 in an attempt to avoid relegation. He failed to avoid relegation but he was able to help Newcastle promote back to the Premier League in 2019, having won the English Championship. He left the club in 2019 and joined the Dalian Professional football club – a Chinese Super League club.

Rafael Benitez is famous for his side’s comeback victory in Champions League Final 2005 against AC Milan when Liverpool came back from 3 goals down to win the title.

Massimiliano “Max” Allegri is an Italian football manager and former player, who most recently managed Juventus. Allegri is at number 9 in our list of top 10 richest football managers. The Italian coach won eight successive Italian Serie A titles with Juventus. He also reached 2 finals with Juventus but failed to win the ultimate prize. When Allegri was in charge of the Old Lady, he had a win percentage of 70.4%, which at the time was the highest in the history of Juventus.

As a football player, Allegri was a midfielder who spent his career playing for various Italian clubs. With gross wages of €13.5M and a total net worth of $5 million, Massimiliano Allegri is ranked at number nine in our list of top 10 richest football managers in the world.

Fabio Cannavaro is a former Italian football player and current manager of Chinese club Guangzhou Evergrande. As a player, Cannavaro used to play as a center back for various Italian clubs. He holds the record of being the only defender in the history of football to win a Balon d’Or. He had a great career as a player that saw him cement his status as one of the greatest defenders of all time.

With a total net worth of $45 Million, Cannavaro is one of the richest football managers in the world right now. His current contract helps him earn €12m per year.

The Italian has been quite successful with the Chinese club, guiding them to victory in the 2018 Chinese FA Super Cup and Chinese Super League in 2019.

Ernesto Valverde Tejedor is a Spanish former footballer who played as a forward and a current manager. As a player, Valverde scored 68 goals in 264 games in La Liga. After retiring as a player, he went on to have an extensive career as a football manager. Ernesto Valverde won the double with Olympiacos in 2008–09 and 2011–12, and Barcelona in 2017–18.

Zinedine Yazid Zidane, popularly known as Zizou, is a French former professional football player who played as an attacking midfielder. As a manager, he earns €23M per year and has a total net worth of €62m, making him one of the richest football managers in the world. Currently, he is the richest football manager in La Liga. He is the current manager of La Liga club Real Madrid and is one of the most successful managers in the world. Zinedine Zidane is one of few footballers who have won the UEFA Champions League both as a player and a manager. He also holds the record of winning three successive Champions League trophies as a manager.

The Frenchman has continued with his fine work on the bench and has guided Los Blancos to the La Liga title and the Spanish Super Cup in his first full season back, while glory could yet be achieved in the Champions League. Zizou will look to fight back in Europe this season and guide Real Madrid back to glory days.

José Mário dos Santos Mourinho Félix is a Portuguese professional football manager and former player who is the manager of Premier League club Tottenham Hotspur. He is widely considered to be one of the greatest managers of all time and is one of the most decorated managers ever. Jose Mourinho is also regarded as the “Special One” in most cases.

Following his sacking from Manchester United in December 2018, Jose Mourinho stayed without a club for almost a year and reportedly turned down several offers before Tottenham Hotspur came calling in November 2019. Jose Mourinho has earned countless major trophies with various clubs as a manager – having won two trebles in his managerial career.

The Portuguese manager earns €23M and his total net worth is reported to be around $50m – $100m, making him one of the richest football managers in the world.

Jürgen Norbert Klopp is a German professional football manager and former player who is the current manager of Premier League club Liverpool FC. He is regarded by many as one of the best football managers of all time. Klopp is a notable proponent of Gegenpressing, whereby the team, after losing possession, immediately attempts to win back possession, rather than falling back to regroup. Jurgen Klopp has been a successful manager, winning the Champions League and Premier League with Liverpool FC.

The German coach overcame the agony of losing three consecutive finals as well as the Premier League in harrowing fashion and went on to achieve the ultimate prize in the Champions League, UEFA Super Cup and FIFA Club World Cup in the space of six months.He didn’t stop then. Jurgen Klopp then fired his team towards the long lost Premier League glory.

Jurgen Klopp’s net worth is said to be in a region of $50million, which makes him one of the richest football managers in England, along with Jose Mourinho.

Josep “Pep” Guardiola Sala is a Spanish professional football manager and former player, who is the current manager of Premier League club Manchester City. He is considered to be one of the most successful football managers of all time. As a player, Pep spent most of his career with Barcelona. As a manager, Pep Guardiola has won countless major trophies with several clubs, most notably Barcelona. Guardiola is a notable proponent of Tiki-Taka, which is a Spanish style of play in football characterized by short passing and movement, working the ball through various channels, and maintaining possession.

Having experienced unprecedented successes at Barcelona and Bayern Munich, Pep Guardiola was appointed as manager of Manchester City in 2016. The Spaniard has since gone on to build arguably the greatest Premier League side in history.

Antonio Conte is an Italian professional football manager and former player. He is the head coach at Serie A club Inter Milan. Playing as a midfielder, Conte began his career at local club U.S Lecce and later became one of the most decorated and influential players in the history of Juventus. Antonio Conte won the Premier League with Chelsea in his only season with the London club. He was then sacked by Chelsea the following season but was appointed by Inter Milan as their manager.

Antonio Conte is famously known for using his 3-5-2 formation in all of his managerial careers. He took Inter Milan to the Europa League final in his first season in charge, where his side was beaten by Sevilla in a close contest. Antonio Conte earns about €30M annually and his net worth is said to be around $50-60 million, making him one of the richest football managers in Serie A. He is also among the list of top 10 richest football managers in the world.

The Argentinian has managed various clubs in the past but he has had his biggest managerial success with Atlético Madrid, winning La Liga, the Copa del Rey, two UEFA Europa Leagues, two UEFA Super Cups, and also being runner-up of the UEFA Champions League twice.

Diego Simeone’s net worth is estimated to be around $130 Million according to Celebrity Net Worth, making him the richest football manager in the world.