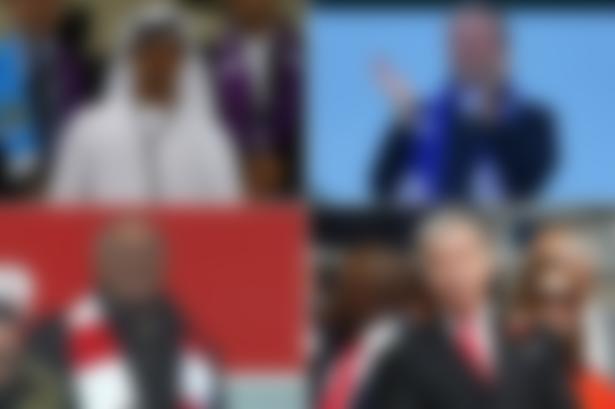 Today we’re going to list down some of the richest football club owners in the world. Football has become a lucrative business, with billions in revenue sloshing around clubs thanks to broadcasting contracts and corporate sponsorship deals.

His name is Mansour bin Zayed Al Nahyan. He is an Emirati politician who is the deputy prime minister of the United Arab Emirates, minister of presidential affairs and member of the royal family of Abu Dhabi. Sheikh Mansour also owns stakes in a number of business ventures, including Virgin Galactic and Sky News Arabia.

As well as Man City, Major League Soccer side New York City and A-League outfit Melbourne City are among the clubs in the City Football Group owned by Sheikh Mansour. Others include Mumbai City in India and the Uruguayan team Montevideo City Torque.

He can be named as the “richest owner of football club in England”.

Austrian billionaire Dietrich Mateschitz has compiled an extensive portfolio of teams across a variety of sports, most of which have the name of his company emblazoned on them.

He is 76 years old. He is the co-founder and 49% owner of the Red Bull energy drink company. He is currently the 40th wealthiest person in the world.

The teams that he owns are Bundesliga side RB Leipzig, Austrian club Red Bull Salzburg and MLS side New York Red Bulls.

The Agnelli family are the owners of Juventus, with Andrea Agnelli being the face of the family’s football enterprise, serving as chairman of both the club and of the European Club Association (ECA).

Andre Agnelli is 44 years old and is an Italian businessman. He is one of the richest football club owners in Europe.

Known as an industrialist family, the Agnelli family’s business interests are varied, but they are mostly synonymous with the motor car industry, producing Fiat, Ferrari, Alfa Romeo, and other such brands.

Bundesliga side Hoffenheim may not be global players, but their owner Dietmar Hopp is an influential businessman in the software and data processing sector having helped to found SAP SE.He is the 8th wealthiest person in Germany and 72nd richest person in the world.He is one of the richest soccer club owners in Germany as well as the whole world.

Hopp, who is reported to have invested nearly €400 million into Hoffenheim, a club located close to his childhood home and which he played for as a teenager. He is heavily criticized by football fans in Germany, but was notably to the fore in the search for a coronavirus vaccine in 2020.

Hopp and his influence on the club has been criticized since Hoffenheim’s promotion to the Bundesliga. The club has been labeled as a plastic club, as its success is largely based on Hopp’s financial aid. Hopp has been verbally attacked by other fans multiple times, leading to several arrests and fines.

Russian businessman Roman Abramovic caused quite a stir in 2003 when he injected millions into Premier League club Chelsea to help propel them along the path to success in England and Europe. He is an Israeli-Russian billionaire businessman and politician. He is the richest person in Israel, 10thrichest in Russia, and the 113thrichest person in the world.

He has donated more money than any other living Russian, with donations between the years 1999 and 2013 of more than US$2.5 billion to build schools, hospitals and infrastructure in Chukotka.

He made his money in the oil industry, but has also invested in aluminium concerns among others.

A founding member of Major League Soccer, Philip Anschutz owns the popular team LA Galaxy, but in the past also owned a number of other franchises in the league, including MetroStars, Chicago Fire and others.

Philip Frederick Anschutz is an American billionaire businessman who owns or controls many companies in a variety of industries, including energy, railroads, real estate, sports, newspapers, movies, theaters, arenas and music.

The American billionaire’s main business interests are in the real estate, oil, rail and entertainment industries.

He is the 50thrichest person in the United States, with an estimated net worth of $10.1 billion.

Premier League club Arsenal is owned by American billionaire Stan Kroenke, through his Kroenke Sports and Entertainment Company. He is one of the richest football club owners in England (2021).

He founded the Kroenke Group in 1983, a real estate development firm that has built shopping centers and apartments. Kroenke is also a major owner of working ranches, owning a total of 848,631 acres.

Kroenke’s company also owns MLS side Colorado Rapids, as well as a number of teams in other sports, including the Los Angeles Rams in NFL, Denver Nuggets in the NBA and Colorado Avalanche in NHL.

Al-Khelaifi is also the chairman of the beIN Media group, which broadcasts a variety of sports, and he was the mastermind behind the world record €222 million (£198m/$263m) transfer of Neymar from Barcelona to PSG. He has a track record of investing a high amount of money into the team as well as getting world class players. Although he has got major success in France, he has not got the major European success he was hoping for.

In 2016, L’Equipe named him “the most powerful man in French football” and in 2020, he was named the most influential person in football by France Football. In 2019, he was elected by the European Club Association as delegate at the UEFA executive committee, becoming the first Asian to hold an UEFA position. He is definitely one of the wealthiest football club owners in the world.

Zhang Jindong is a Chinese billionaire who, through his company the Suning Holdings Group, acquired a majority ownership stake in Serie A club Inter in 2016.Zhang Jindong is not himself a member of the board of Inter Milan.

The Suning group is a retail business dealing in domestic appliances, but Jindong’s other interests extend to the media and broadcasting sector, as well as sport.He was also elected to the National Committee of the Chinese People’s Political Consultative Conference, a senior governmental body.

He is the chairman and chief executive officer (CEO) of the Kraft Group, a diversified holding company with assets in paper and packaging, sports and entertainment, real estate development and a private equity portfolio.

Kraft was among those who considered making a bid to control Premier League side Liverpool in the mid-2000s and still finds England’s top division an alluring investment prospect. In October 2017, Kraft said he was “still intrigued” by the possibility of buying a Premier League football club, but that he was concerned about the lack of a salary cap in British football.

In 2017, Kraft was named the Honorary Chairman of the Board of Directors for the successful joint Canadian-Mexican-American bid for the 2026 FIFA World Cup.

Be sure to check out the list of the richest football managers in the world.