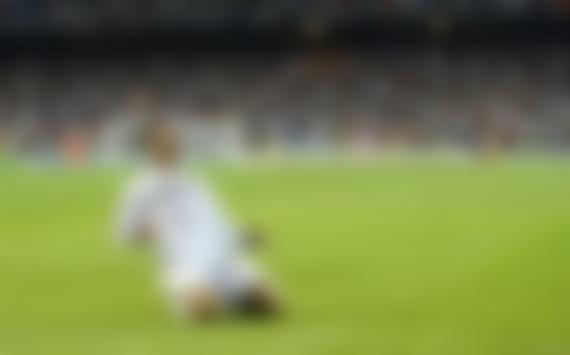 Today we are going to take a look at some of Real Madrid best comebacks. No other club can compete with Real Madrid in terms of the sheer power and weight their history holds over opponents, and how the respect that earns them can lift the club in indescribable ways at any time, with late comebacks feeling like just a matter of time, an inevitable outcome. You just know they are going to pull off a comeback and the game is not over until it’s truly over for good. Over the years Real Madrid has had record breaking transfers, signing the top players in the world who are able to produce great comebacks.

The Los Blancos have won the Champions League a record 13 times and even completed a three-peat under manager Zinedine Zidane recently. Real Madrid also went on to win 4 Champions League titles in 5 seasons which make them very successful in that competition. So let’s go ahead and have a look at some of the Real Madrid greatest comebacks.

Real Madrid pulled off the impossible and did the unthinkable. Against their city rivals Atletico Madrid, Los Blancos were able to come back from behind and went on to win the Champions League trophy. This final victory meant Real Madrid had won 10 Champions League titles by the time. La Decima was completed.

Early in the game, Atletico Madrid took the lead thanks to Diego Godin’s header to make it 1-0. Then as expected, Atletico went the whole match defending the lead by using their “park the bus tactics”.  Real Madrid struggled to break down Diego Simeone’s resolute defense. Cristiano Ronaldo and Gareth Bale couldn’t capitalize the chances they got and tension was increasing among the supporters.

It was the final minute of the injury time when captain Sergio Ramos rose high to Luka Modric’s corner and put the ball past Atletico’s goalkeeper. That was one of the iconic moments in the Champions League history. The header made it 1-1 at full time and the match went on to extra time.

Atletico Madrid was stunned. They started to crumble in the extra time and their defense looked very sloppy and shaky. The resistance was gone when Bale’s header put Real Madrid ahead, before further goals from Marcelo and Ronaldo put the final past Atletico’s reach.

Final score 4-1 and the victory meant Carlo Ancelotti was taking home the prestigious Champions League trophy that Real Madrid craved for decades. This victory was the start of their European domination and they went on to win 3 consecutive Champions League titles after this comeback. One of the iconic Real Madrid champions league comebacks.

Real Madrid pulled off an iconic comeback against Wolfsburg and this comeback is one of Real Madrid best comebacks. This match showed the world and gave us a humble lesson to never write off Los Blancos as they are capable of overturning any deficit in football. Real Madrid proved their domination in the Santiago Bernabeau and overturned a 2 goal deficit.

After losing 2-0 to Wolfsburg in away from home, it was time for Real Madrid to overturn the deficit at the Santiago Bernabeau. The stadium was packed and the atmosphere was electric. Even before the match started, Cristiano Ronaldo promised the world that Real Madrid will go through the next stage and pull off an incredible comeback. His words:

“Tuesday will be perfect, it’ll be a magical night; with your help the players will give the maximum on the pitch and we will go through to the next round. Hala Madrid!”

In the first half of the game, Cristiano Ronaldo scored twice and fulfilled his promise. His two goals in quick succession helped Madrid to level the game 2-2 on aggregate. The come back was once and truly on. With 25 minutes left to play, Real Madrid won a free-kick which Ronaldo stepped up to take. The Portuguese found a gap in the wall to seal his hat-trick and the team’s progression to the semi-final stage. One of the best Real Madrid Zidane comeback.

With only 5 minutes remaining, Real Madrid had to find an equalizer. Angel Di Maria provided a stunning ball to French striker Karim Benzema who scored to level the game once more. With seconds left on the clock, Cristiano Ronaldo cut in onto his right from a tight angle and unleashed a shot that dipped awkwardly in front of Joe Hart to shock the City goalkeeper.

Manchester City’s boss Roberto Mancini stared on in a state of disbelief and anger while Real Madrid’s boss Jose Mourinho was in a state of joy and pumping his fists in the air. It truly was one of Real Madrid best comebacks.

In the round of 16 in Champions League 2012/13, Los Blancos were drawn against the Red Devils. In the first leg, Sir Alex Ferguson’s Manchester United took an early lead through Danny Welbeck’s 20th-minute strike at the Santiago Bernabeu. Real Madrid’s talisman Cristiano Ronaldo scored against his former team minutes after United’s goal. The match ended 1-1 at Santiago Bernabeau.

In the second leg at Old Trafford, Real Madrid found themselves down thanks to an own goal by Sergio Ramos. The defense of the Red Devils was tight as ever and it was becoming hard for Real Madrid’s attackers to get past the defense. Fortunately for Real Madrid, United’s striker Nani was sent off for a high boot. It was time for Los Blancos to pull the rabbit out of the hat.

Mourinho rolled the dice and brought on Luka Modric, who levelled the scores in the 66th minute with a beautifully curled finish from outside the box. Old Trafford was shocked as it was a vital away goal for Madrid. Ronaldo scored Real Madrid’s second away goal just three minutes later, putting Gonzalo Higuain’s delicious ball past Manchester United’s goalkeeper.

The game ended 2-2 on aggregate but Real Madrid qualified to the next stage on away goals. This game truly was one of Real Madrid best comebacks.

This game was supposed to be fairly easy on paper for the Spanish side and everyone had already written off Sporting Lisbon. But Sporting C.F was there to shock everyone and prove everyone wrong.

The first half of the game was not as eventful as the second half when a goal from Bruno Cesar shortly after the half-time break left Real Madrid trailing. Los Blancos were trailing and were trying hard to find a way past Sporting defense. With only minutes remaining in the game, Cristiano Ronaldo was fouled just outside the box in a dangerous position. The Portuguese stepped up to take the free-kick against his former side and dispatched the free-kick into the right top corner past the desperate dive of Sporting goalkeeper Rui Patricio.

In the dying moments of the game, Alvaro Morata rose high to the James Rodriguez delightful ball to put the ball past Sporting’s goalkeeper. The game ended 2-1 and it truly was one of Real Madrid best comebacks. In the same season, Real Madrid became the first-ever team in the Champions League era to successfully defend their crown.

In the 2016 Super cup, Real Madrid found themselves trailing for the most part of the game against Sevilla. A 93-minute header from Sergio Ramos saved Real Madrid from defeat, just like he saved Madrid against Atletico Madrid in the Champions League Final.

Sergio Ramos header took the game to extra time and a Dani Carvajal extra-time goal sealed victory for the Los Blancos in a familiar and dominant manner.

Against Sevilla in the 2009 season of La Liga, Real Madrid found themselves trailing behind 2 goals Sevilla. Real Madrid’s Guti was at his prime at the time. This was Guti at his best. As usual, he came on in the second half and his talent and skill overturned a two-goal deficit which resulted in a Real Madrid victory.

This was the first season for Carlo Ancelotti as a manager of Real Madrid. Levante shocked Real Madrid by scoring 2 goals early in the game but goals from Alvaro Morata and Cristiano Ronaldo showed the world how things are done. Thanks to the goals by Morata and Ronaldo, Los Blancos were able to seal the victory and a comeback against Levante. One of Real Madrid best comebacks.

Real Madrid failed to capture the La Liga title in the 2015/16 season but the comeback against Barcelona was one of Real Madrid greatest comebacks against their arch-rivals. Pique scored for Barcelona and Madrid was left trailing against their arch-rivals. But goals from Karim Benzema and Cristiano Ronaldo late in the game sealed the victory for Real Madrid. The comeback was completed against Barcelona.

This was the year Real Madrid won the La Liga. Arjen Robben and Gonzalo Higuain ensured a late comeback that forced Barcelona to give Real Madrid a humble guard of honor just a few days later, a memorable achievement that Madridistas will remember for a very long time.

That’s it for today! Let us know which Real Madrid comeback was your favorite in the comments down below. We love hearing from you guys!

Also be sure to check out the 10 greatest comebacks ever in history.