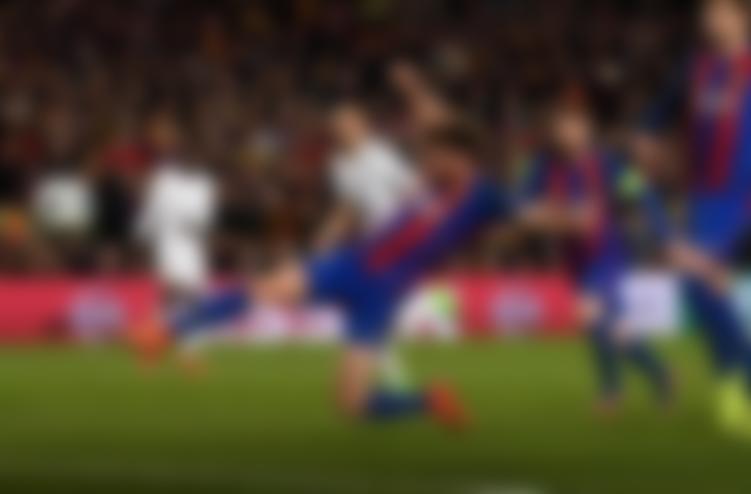 The Champions League is the most prestigious club competition on the planet. The strongest clubs in the world play in this tournament. Champions League matches can be interesting and intriguing, but there are also big failures. Today we will recall the top 10 most humiliating defeats in the history of the Champions League.

In the group stage of the 2015/16 season, Real Madrid beat Malmo 8-0 at the Santiago Bernabeu. The teams played with each other in the last 6th round, where everything was decided. Real Madrid secured a 1/8th spot in the first place, so many thought the Spanish club would play in a relaxed manner. But when Cristiano Ronaldo is on the roster, this club is always motivated. Real Madrid stepped out on the pitch and scored 8 goals. Ronaldo scored poker, Benzema scored a hat-trick, and Mateo Kovacic also scored a goal. At the time, Real Madrid’s coach was Rafael Benitez, who was soon fired. The new coach was Zidane, who began a new golden era for Real Madrid.

Another victory of Rafael Benitez, it seems he liked to humiliate his rivals. In the 2007/08 season, Liverpool had a poor start and scored only 1 point in the first 3 rounds of the Champions League. Many thought that the British would not make it out of the group, but the end result surprised everyone. In the 4th round of the Champions League, Liverpool shocked football fans and defeated Besiktas with a score of 8: 0. Benayoun scored a hat-trick, Crouch and Babel each made a double, and Gerrard also scored a goal. That victory greatly inspired Benitez’s team, in the next 2 rounds Liverpool won 2 victories and advanced to the playoffs.

Another big win for Liverpool, but this time the Reds beat Real Madrid. Unlike Besiktas, Real was stronger and more status-based. The first game at the “Santiago Bernabeu” ended with a minimal victory for Liverpool, so Real wanted to take revenge in the return match. In fact, Liverpool turned out to be stronger and won a major victory. First, Fernando Torres opened the scoring in the game, and then Gerrard made a double. The final score was set by Andrea Dossena.

If in 2009 Real Madrid suffered a humiliating defeat by Liverpool, then 5 years later, “Los Merengues” themselves were in the role of the winner. Initially, no one believed in a major victory for Real, on the contrary, Bayern was the favourite of the match. The first game of the Champions League semi-final ended with a minimal victory of Real Madrid with a score of 1:0. In the second game, Bayern wanted to take revenge and reach the final, but Real had a different opinion. In the 34th minute, the score was already 0:3, and at the end of the match, the Spanish club scored the 4th goal. The heroes were Ronaldo and Ramos, who scored 2 goals each to make it 4-0.

We decided to recall 2 similar defeats of Barcelona during the Valverde era. In the first matches, Barcelona confidently beat their opponents, but in the second games, they lost their advantage. In the first leg of the Champions League quarter-finals of the 2017/18 season, Barcelona won a 4-1 home win and took a big step towards the quarterfinals. But in the second game, Roma made a comeback, won 3-0 and advanced to the semifinals.

A year later, history repeated itself. In the first leg of the semi-final, Barcelona won 3-0 and almost killed the intrigue. But in the second match, Liverpool made one of the greatest comebacks in football to win 4-0 and reached the final.

Losing the final is a terrible end of the tournament, and even more offensive to lose by a large score. In the 1993/94 season, Barcelona was very strong and was considered the favorite to win the Champions League. The Spanish club reached the final, where they were supposed to meet with Milan. Milan was a good team, but against the background of Barcelona, the Italians were outsiders. But then Milan coach Fabio Capello showed a master class and defeated Johan Cruyff. Milan that evening was beautiful, while Barcelona, on the contrary, played poorly and lost 4:0.

In the first leg of the 1/8 finals of the 2016/17 Champions League, PSG unexpectedly defeated Barcelona 4:0. Many have already congratulated PSG on reaching the quarterfinals, and only the fans of the Spanish club believed in Barcelona’s success. In the history of the Champions League, no club has yet played a 4-goal gap, but Barcelona made a great comeback at Camp Nou on 8 March 2017. While other people celebrated the holiday on March 8, football fans sat in front of the TV and watched the legendary game. PSG chose a defensive plan, which proved to be a failure. Barcelona was the first to score 3 goals, but after Edinson Cavani made the score 3:1. In the 88th minute, the score was 3:1, but in 7 minutes Barcelona scored three goals to make it Barcelona 6-1 PSG.

P.S. I myself was sitting in front of the TV and was shocked when Sergi Roberto scored the winning goal.

Perhaps the most humiliating defeat in Champions League history has to do with Barcelona. Bayern Munich and Barcelona faced off in the 2019/20 Champions League quarter-finals. The German club was the favourite, but everyone thought that Barcelona would fight to the last. The final result shocked many with the final score Bayern Munich 8:2 Barcelona. After that humiliating defeat, a lot has changed at the club. Kike Setien was fired, and the president of the club Bartomeu left for several months.