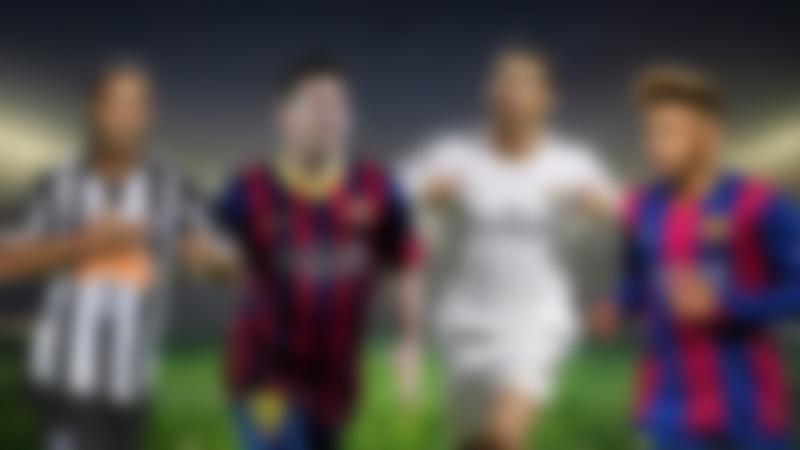 Football is known as the most-watched and most followed sport in the world. When it comes to popularity, I think everyone will agree that football is the winner without any doubt. Not only that, but the football players have also made a huge reputation on social media over the years. So let’s find out the top 10 most followed footballers on Instagram in 2022.

Real Madrid is a big club and is one of the most popular clubs in the world. So it is common to see Real Madrid players popular on social media. Sergio Ramos is one of them and he has a huge fan following on Instagram, precisely 41.3 million followers. The Spanish international currently plays as a center back for the Los Blancos. Sergio Ramos is the skipper of both Real Madrid as well as the Spanish international team. Ramos is often regarded as a very talented defender and a great finisher and that’s probably the reason for him being so popular on Instagram.

Manchester United’s star midfielder, Paul Pogba is at number 8 in the list of top 10 most followed footballers on Instagram. Paul Pogba has 41.9 million followers on Instagram and the number of followers is only going to increase because of his popularity on social media. Pogba is fairly active on Instagram and his posts include pictures of matches or pictures of himself wearing nice clothes. People also follow Paul Pogba for his great sense of fashion and they look to get inspiration from him.

Kylian Mbappe is among the top most followed footballers on Instagram 2022. Mbappe joined PSG on 31 August 2017 from Monaco for a fee of around €145 million, plus €35 million in add-ons, making him the most expensive teenager ever. As a very famous young football player, Mbappe skills and footballing expertise have earned him a whopping 42.4 million followers, as he sits eight on the list of top 10 most followed footballers on Instagram.

Mbappe’s photos receive average millions of likes and thousands of comments as the number of his Instagram followers continues to rise daily and the number of followers is only going to increase in the future.

At number 7 in the list of most followed footballers on Instagram, we have Gareth Bale. Gareth Bale has spent several years in the Spanish capital and been at the forefront of European glory. The Welshman is often considered as a generational talent and he is naturally very talented as a footballer. His brilliant play style is the reason behind his popularity on Instagram.

If he’s not posting pictures about football, Bale often uploads photos and videos of himself playing golf, as he is a great lover of golf sport.

The 30-year-old is currently on loan at Tottenham from Real Madrid and plays as a winger.

Zlatan Ibrahimovic has been playing football for more than 2 decades now so it’s no surprise to see him in the list of football players with most followers on Instagram. The Swedish international currently plays for AC Milan as a striker. Zlatan is very popular on Instagram mostly because of his amazing personality and strong physique. He is famously considered the god of soccer by most of his fanbase and football fans alike.

James Rodriguez shot to prominence at the 2014 World Cup. The tournament alone saw a marked increase in his following, and subsequently playing for Real Madrid and Bayern Munich will have helped out, too. At number 5 in the list of top most followed footballers on Instagram 2022, we have the Colombian James Rodriguez. The Colombian international is having a time of his life at Everton currently. He joined Everton as a free agent from Real Madrid this summer transfer window and has been a great player for Everton thus far. The main reason he got so many followers in 2022 could be his transfer to Everton from Real Madrid.

I think we can agree that no matter what club you support, you admire Ronaldinho. The former Ballon d’Or winner was universally loved throughout his career, playing the game with joy and tormenting opposition defenses. The former Barcelona and Brazil legend, Ronaldinho is also a football legend. He played as an attacking midfielder for Barcelona and Brazil and the world-famous Lionel Messi considers Ronaldinho as his mentor.

The world’s most expensive player, Neymar Jr is also very popular on Instagram and he has made it to the list of football players with most followers on Instagram. Fans love to see the daily updates Neymar posts on Instagram, including live updates and after match pictures. If you are a big fan then be sure to download the best wallpapers of Neymar Jr.

Off the pitch, Neymar is one of the most followed players on social media. He has a total of 142.7 million followers on Instagram as he shows off training sessions, vacations, and his superstar lifestyle.

He might be considered the greatest ever by many people on Earth, but Lionel Messi is far from the king of social media, sitting nearly 100 million followers behind his long-time rival Cristiano Ronaldo. But Lionel Messi still has 168 million Instagram followers and that is absolutely insane. He has overtaken many famous personalities on Instagram, and that shows how popular he is on Instagram. Leo Messi is among the most followed soccer players on Instagram.

The Argentinian often shares family photos with his wife and three kids, training sessions, workouts, and tour of his house.

In 2018, the Portugal international moved to Juventus from Real Madrid in a transfer deal worth €100 million, the highest fee ever paid by an Italian club and for a player over the age of 30.

Cristiano Ronaldo is fairly active on Instagram and his posts usually include his personal life pictures, pictures of matches, and pictures of his family. A big portion of Ronaldo’s earnings come from his sponsored Instagram posts making him Forbes richest football player.

Who is the most followed female footballer on Instagram?

USA’s Alex Morgan is the most followed female footballer on Instagram with a fan following of 6.5 million.

Who is the most followed Nigerian footballer on Instagram?

Read next: Top 10 football clubs with the biggest fanbase in the world.