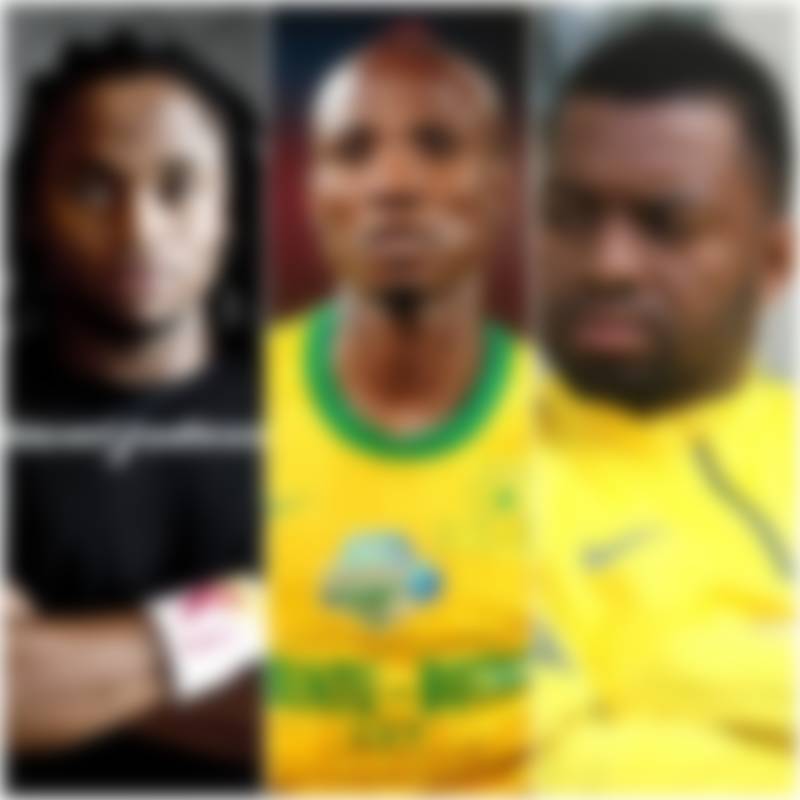 Today, we are going to take a look at the top 10 highest paid soccer players in South Africa. Since you guys are here, we assume that you interested in soccer and have been wondering if it is a worthy career path to take. If that’s the case, you will be pleased to know that football pays well and you can comfortably live off the money you earned from it.

The riches of football are there to see for everyone and no matter the region, football comes with high pay. It requires a football player to be skilled and talented in order to earn a lot of money playing football. The player also has to be high in demand in the international market. South Africa has multiple players with high market demand and insane net worth. The South African league has a considerable wage bill, with the average player salary calculated at around R100,000 per month. However, some players can be above average with higher potential so they are paid even more highly. So without further ado, let’s take a look at the list of highest paid football players in South Africa.

Billiat was born in Harare, Zimbabwe but has a permanent residence permit in South Africa. The 30-year-old plays for South African club Kaizer Chiefs and his favored position are the center-forward striker. Khama Billiat’s net worth is reported to be around R12 million which is approximately 731,542 USD.

Itumeleng Khune had been the highest-paid football player in South Africa for a long time until recently when Khama Billiat took over the position. Itumeleng Khune appeared on the scene in 2007 after he saved three goals during a match against Mamelodi Sundowns in the finals for Telkom knockouts. Khune is also the goalkeeper for the South African national team.

The 33-year-old goalkeeper was born in Ventersdorp, in the North West region of South Africa. Khune is one of the veteran players of Kaizer Chiefs and has been a Kaizer player since 2004. Itumeleng Khune’s net worth is reportedly around R15 Million which is around 914,427 USD.

Anthony Laffor is at number 4 in the list of top ten highest paid soccer players in South Africa PSL. Laffor is one of South Africa’s highest-earning footballers, as he makes R380,000 every month.

Anthony Laffor is a Mamelodi Sundowns FC player and he is currently playing as a right-winger for them. The 35-year-old right-winger was born in Monrovia, Liberia, but he has a permanent residence permit in South Africa. The net worth of Anthony Laffor is estimated to be around R13.8 Million which is approximately 84,1273 USD.

Siyana Xulu earns a little lower than Anthony Laffor with a monthly salary of R350,000. Xulu has been playing for Maritzburg United since 2017 and his favored position is at the defense. The 28-year-old defender also represents the South African national team.

Elias “Domingues” Pelembe earns a monthly salary of R320,000 but there has been reports that he has been earning more but that’s all rumors as for now. Pelembe is currently playing for Bidvest Wits FC and his favored position is right-wing. The 36-year-old right-winger was born in Maputo, Mozambique, but he also has South African citizenship.

The net worth of Elias Gasper Pelembe is said to be around R10 Million which is approximately 60,9618 USD.

Bernard Parker has been at Kaizer Chiefs for nine seasons now and he has been an integral part of Kaizer’s squad. He recently signed a one-year extension contract with the club and that saw him earn R300,000 monthly. Bernard Parker plays for Kaizer Chiefs and he currently plays as a center-forward striker. The 34-year-old center forward was born in Boksburg, South Africa and he is the second richest football player in South Africa. The striker can also play a midfielder if required by the manager. Can be used to rotate players as well.

Bernard Parker recently signed a contract extension with Kaizer Chiefs which bump his net worth to R20 Million which is approximately 1.2 Million USD.

Dean Furman is among the list of highest paid soccer players in South Africa PSL. He earns the same as Kaizer Chiefs’ Bernard Parker with a monthly salary of R300,000. The South African professional footballer plays as a midfielder for his current club Carlisle United FC.

Furman has done great for himself as well as the club and his great performances has attracted a new contract extension with a potential increase in his salary.

Oupa Manyisa is at number 9 in the list of list of highest paid football players in South Africa, as he makes about R250,0000 monthly. Manyisa currently plays for Mamelodi Sundowns FC and his favored position is central midfield. The 33-year-old central midfielder is was born in Mohlakeng, Gauteng, South Africa. Oupa can also play as a striker if required by his manager which is a great thing to be versatile.

Last but not least, Geroge Lebese is ranked at number 10 in the list of top ten highest paid soccer players in South Africa. George Lebese is currently playing as a left-winger for the Colorado Springs Switchbacks FC in the Major League Soccer(MLS) in the United States. The 31-year-old winger has played for some of the South African teams like Kaizer Chiefs and Mamelodi Sundowns. He bags a monthly salary of whopping R250,000.