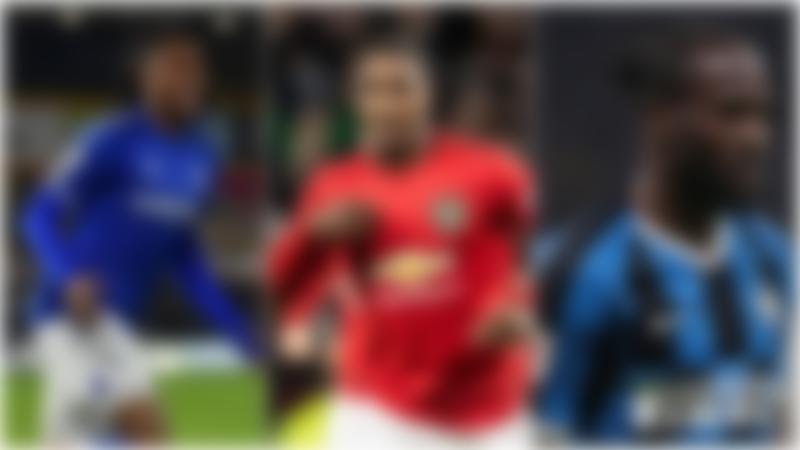 Football is one of the most loved sports in Nigeria. There are millions and millions of fans of the beautiful game of football. Thus, it isn’t surprising to see the amount of football talent rising from the country. Many international scouts are always on the lookout to find the next superstar to send to the various top leagues all around the world. Read more to find out about the highest-paid Nigerian footballers.

John Obi Mikel is a Nigerian professional footballer and is one of the most famous players from the country. He has featured for Nigeria’s national football team for more than 90 matches internationally and locally. He has played for Chelsea and was at the peak of his footballing career at the time. He was a very important player for the team, starting regularly in the first team. He won the Premier League with Chelsea two times.

The Nigerian is currently 33 years old and plays for the Championship side Stoke City. He plays as a defensive midfielder. He recently signed a contract securing a move from the Turkish side, Trabzonspor to move to Stoke City. However, the transfer fee was not disclosed. He currently earns a salary of €27,900 per week. Thus, his annual income is € 1,450,000.

Isaac Success is a Nigerian professional footballer and is ranked 10th in our list of the highest paid Nigerian footballers. He is currently 23 years of age and plays as a forward for the Premier League club Watford FC. He is one of the highest paid players in the club and gets paid a weekly salary of £30,000. Thus, he earns a paycheck of around £1,560,000 annually.

He was signed by Watford from the Spanish side Granada in the summer of 2016 for a transfer fee estimated to be around £12.5 Million. However, he hasn’t delivered at all at Watford, scoring just 5 goals in 62 appearances in all competitions. Before, playing in the Premier League meant that his wage was not an issue for the club, but ever since their relegation to the Championship, the club is considering selling the Nigerian forward.

Ola Aina is ranked 8th in the list of highest-paid Nigerian footballers. He is a wing-back for his club, Fulham, coming on loan from Torino. He also plays for the Nigerian national football team. The wing-back came up from the ranks in the Chelsea academy, growing there to even play for the first team. Then, he was sold to Torino. However, he has returned to the Premier League with Fulham on a season-long loan with an option to make the deal permanent. The wing-back also scored the Premier League Goal of the Month in November.

Coming through the ranks at a club like Chelsea and being on the fringes of the first team kind of increases your value which goes on to aid your career. This is what happened to Ola Aina who got a €35,500 per week deal when he joined Torino from Chelsea. Thus, he earns an annual salary of €1,846,000. With the potential that he has, the young wing-back can easily become one of the Nigerian superstars in the Premier League.

Moses Simon is a Nigerian professional footballer, playing for FC Nantes as a forward. The forward came up through the ranks of the Ajax academy. He has also featured for the Nigeria youth team as well as the National team. To this date, he has scored 48 goals in 228 appearances for his clubs in all competitions.

The Nigerian forward joined Nantes on loan in the summer of 2019 from the Spanish side Levante. He remained on his €37,500 per week which he was at Levante to become the highest-paid player at Nantes. After impressing while on loan and finishing the 2019/2020 season as the club’s Player of the Year, Simon was given a permanent contract based on that same salary. Thus, he earns an annual paycheck of €1,950,000 Million.

Alex Iwobi is a Nigerian professional footballer playing for the Premier League club Everton as well as the Nigerian National team. He is definitely, one of the most talented and skillful players to feature in this list. Iwobi can play as a forward as well as a winger. He is known for his speed, agility, dribbling as well as his clinical finishing. The Nigerian began his career at Arsenal, making 149 appearances and scoring 15 goals. He also managed to win the FA Cup in 2017. In August 2019, he transferred to Everton for a transfer fee of £28 million.

The Nigerian midfielder left his boyhood club Arsenal to join Everton in the summer of 2019. However, the move didn’t give Iwobi a bigger pay. Instead, he remained on the same weekly salary he was at Arsenal. He earns a hefty weekly salary of £50,000. Thus, his annual income is estimated to be around £2,640,000. Just at 24 years of age and with some serious talent, Alex Iwobi is a youngster to watch out for in the upcoming years.

Kelechi Iheanacho has made it to the top 5 highly paid Nigerian footballers in 2022. He is a professional footballer playing for the Premier League side Leicester City as well as the Nigerian National team as a striker. He was first brought to the world stage at Manchester City. The Nigerian played a decent amount of time for the first side and showed some hints of great talent and it was not a surprise when Leicester City decided to sign him. He is particularly well known for his pace and finishing skills.

The striker joined Leicester City in the summer of 2017 as a highly-rated teenager for a reported transfer fee of £25 million. The striker was put on a weekly salary of £60,000 which makes him one of the top-earning Nigerian players. In fact, he is the 2nd highest paid Nigerian footballer in England. There’s a report from the UK Sun that suggests that the Nigerian international earns more than £100,000 per week with endorsements but that sum has not been quoted anywhere else.

Ahmed Musa is a Nigerian professional footballer who plays as a forward as well as a winger for the Saudi Club Al Nassr as well as the Nigerian National team. He is a very popular footballer and one of the best forwards of the country. Musa impressed the whole world in the 2018 FIFA World Cup with two winning goals against Iceland.

After impressing in the 2018 FIFA World Cup, the Saudi Arabian club Al Nassr went all out to get Nigerian forward Ahmed Musa. He had not been a success in the Premier League and Leicester City were more than happy to get more than the club record £16.6 million that they had signed the Nigerian for. That was how highly Al Nassr rated the Nigerian forward. The club also gave the Nigerian a deal that would earn him £60,000 on a weekly basis.

Wilfred Ndidi is a Nigerian professional footballer who plays as a defensive midfielder for the Premier League side Leicester City as well as the Nigerian football team. He is very well known for his ball retrievals, long shots, possession, and strength.

The Nigerian midfielder has enjoyed a remarkable career in the Premier League with Leicester City. Ndidi joined the Foxes in January 2017 and was good right away. Since then, he has proven to be one of the most consistent midfielders in the whole of Europe. He was rewarded with a six-year contract in August 2018. With that contract, the 23-year-old is on £75,000 per week. He is the highest paid Nigerian footballer in the Premier League up to date.

Victor Moses is a Nigerian professional footballer who plays as a winger or a full back for Spartak Moscow as well as the Nigerian football team. He is one of the most versatile footballers from Nigeria and has played in many leagues all over the world.

Moses is a well-travelled footballer but while he has been in Turkey, Italy and now Russia, on loan from Chelsea, his wages is £110,000 per week after he signed an extension with the London club in March 2017. Moses had spent five years at Chelsea at that time and was enjoying a fine run with the side under Italian manager Antonio Conte. The manager decided to bring him to Inter but after a season, he went to FC Spartak Moscow on loan. Moses is the highest paid Nigerian footballer in Europe and 2nd on the list of the Top 10 highest paid Nigerian footballers in the world.

Odion Ighalo is a Nigerian professional footballer who plays as a striker for the Premier League side Manchester United as well as the Nigerian football team. The Nigerian striker might have been on top of this list by a wider margin if he never took a pay cut to join Manchester United on loan from Chinese side Shanghai Shenhua in January 2020. In China Ighalo’s salary was £300,000 per week.

Odion Ighalo’s salary with Manchester United is £130,000 per week. Despite taking a pay cut to join United, he still makes it to the top list and becomes the highest-paid Nigerian footballer in the world.