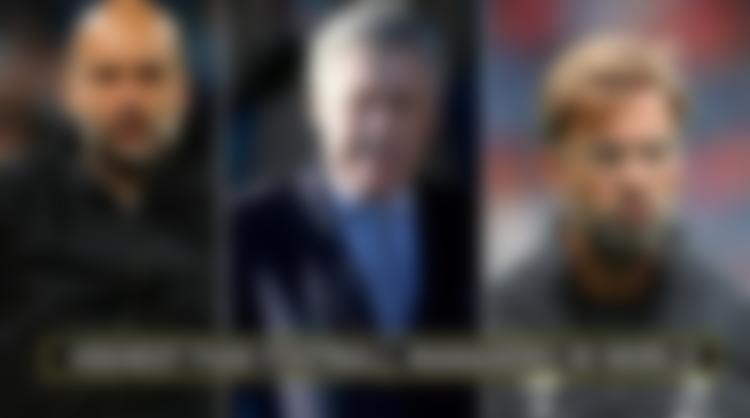 Today we will be taking a look at some of the highest paid football managers in the world. Football managers have a very important role in the success of a team. They plan all the tactics and the role of each player in the team. They keep the team together as a unit and inspire the players to better themselves and bring improvements to their game day by day.

Below is a list of highest paid football managers in the world:

Currently the best paid manager in China, Yifang are seeking league title success this season once things getting going again following the COVID-19 pandemic. Benitez’s sole major income is derived from his salary with the club.

Following his successes with Valencia, Liverpool, Napoli and Real Madrid, the 60-year-old moved to the Chinese Super League in 2019. Benítez has developed a reputation as a hard man to please and is now bringing his ruthlessness to the Far East. After a three-year spell with Newcastle United came to an end, he moved to Dalian Yifang, signing a two-and-a-half-year deal.

He receives an annual salary of £12million, after tax, in order to manage in the Chinese Super League, which is still regarded as a developing division, on a two-and-a-half-year contract.

Dalian Yifang has a 61,000-capacity stadium, an owner in Wang Jianlin who is worth a reported £17billion, and are in the process of constructing a training complex for an alleged figure of £230m – are looking to build for the future.

However, he is unable to compete at the highest level with the best European sides. Thus, he might eye a move back to Europe even though it might mean a pay cut.

Allegri is still being paid by Juventus, owing to the fact that his contract was due to expire in June. Thus, he has been received €13.5m gross before taxes over the course of the 2019/20 campaign.

Massimiliano Allegri played for several smaller Italian football clubs as a midfielder, including Livorno, Pescara, Cagliari and Aglianese, but became better known as a football manager. He retired from professional football in 2003 and was appointed coach of Aglianese. He later took over as Juventus manager from Antonio Conte, only to get sacked after five successful seasons. Despite being fired over a year ago, he still receives about 13.5m every year from the club.

Juventus are considered to be the top side in the Italian league Serie A, as well as a tough competitor in all the major European championships.

Fabio Cannavaro is the highest-paid manager in Chinese Super League and eight highest-paid in the world. The Italian won the Chinese Super League title with Tianjin Quanjian in 2019 and coach of the year in 2017. The 2006 World Cup winner is now in his second spell at Guangzhou and works as caretaker manager for the Chinese national team. The Ballon d’Or winner earns around €14m annually.

Cannavaro’s income is topped up by a long-term partnership with Nike and associated bonuses earned after winning the league title with Guangzhou.

Guangzhou Evergrande is the most valuable football team in China, with a team value of US$282 million and estimated revenue of US$57 million in 2015. The club is the only Chinese football club to win the AFC Champions League twice, in 2013 and 2015. The club is also the first Chinese club to participate in the FIFA Club World Cup, making its first appearance in 2013.

With his €19m annually, Valverde is the 7th highest-paid football coach in the world. The Spaniard was fired early on in 2020 but still has an ongoing contract with the Blaugrana till 2021. Poor performances in the league meant his position came under pressure and on the 13th of January 2020, he was sacked by the club, winning La Liga twice. He still is the third highest paid manager in La Liga, following Zinedine Zidane and Diego Simeone.

Valverde earned €17m gross as a salary in 2019/20, mixed between real wages earned and severance pay. He also received around €2m worth of bonuses.

He was sacked by the La Liga giants due to continuous poor performances in La Liga as well as Europe.

Zinedine Zidane both is one of the most successful football players and football managers in the world. The 1998 World Cup winner only managed Real Madrid Castilla and Real Madrid but has already won La Liga twice and the Champions League three times in his short managerial career. He is still under contract with Los Blancos for another 18 months.

The Real Madrid boss is earning considerably more than Mourinho and Klopp in wages. However, his sponsorships game is somewhat weaker, boosted in revenues only through his partnerships with Adidas.

Since 2005 in France Football’s rankings, Mourinho has never been below 2nd place in this list, until now. With a €16.5m gross annual salary at his new club Tottenham, Mourinho has an impressive wage, but in comparison with Klopp, his sponsorship deals are bringing him less cash than the German. This, despite the impressive companies that call the Portuguese tactician a partner of theirs including Adidas, Hublot, Paddy Power Games and Top Eleven. Mourinho also received considerable income through appearances as a pundit for Sky Sports and Russia Today, before he took the Tottenham job.

Tottenham are not competitors of the highest level in the European stage, but they constantly challenge for a top 4 spot in the English Premier League.

The German manager was unknown as a football player but became one of the best managers in the world, nevertheless. He led his club Liverpool to their first Premier League title this year and Champions League victory in 2019. The German is ranked fourth on the list of the highest paid football managers, with an annual income of €24m. Just as his colleague José Mourinho, he earns €16.5m in gross wages and has sponsorship deals. He is not only the 4th highest paid soccer manager but the 2nd highest paid football manager in English Premier League.

After a recent contract extension with the Reds until 2024, Klopp now earns €16.5m a year with bonuses added on in terms of wage. He also has a plethora of sponsorship deals to his name with Nivea, Phillips, VR-Bank, Deutsche Vermögensberatung, Digamore (gaming start-up) and Opel, as well as Erdinger, the German beer company.

Jurgen Klopp has helped the Reds reach another level with the team. Liverpool has evolved to be one of the best football teams in the world. They are now fighting for the English titles as well as the European glory.

Pep Guardiola is the highest paid manager in the Premier League and the 3rd highest in the world. The Catalan won the Champions League twice with Barcelona and 3 titles with Barcelona, 3 with Bayern Munich and 2 Premier League titles with Man City. Though he still has to win the Champions League with the Sky Blues, the legendary Barcelona player is well remunerated for his achievements and work at the Etihad.

Guardiola has remained committed to, at the very least, going to the end of his current deal until 2021. He earns €22m a year gross from City, and has been able to create another €5m worth of revenue streams through partnerships with Puma, Nissan, Dsquared and two other partners who City introduced him to.

Pep Guardiola is considered to be one of the best in the business when it comes to managing sides. However, he has not managed to achieve the level of success that he was hoping for with the firepower at Manchester City. He has spent quite a lot on bringing the best players to the Etihad stadium. He has made it quite clear he wants to win the Champions League. Thus far, Manchester City hasn’t even made it to the final.

The former Chelsea manager became the highest-paid manager in the Serie A when taking over at Internazionale last summer. The Italian manager was sacked in 2018 by Chelsea after he led the club to the Premier League title in his first season in charge. At Inter Milan, he has been reunited with his former striker and Belgian international Romelu Lukaku, finishing second in the Serie A with only 1 point less than champions Juventus.

2019 saw Conte hit the jackpot: at the end of May, he signed a contract with Inter worth €20.2m a year gross (€11m net) and in the middle of August, he received a €9.8m payout from Chelsea after a protracted dispute over severance pay finally came to an end.

Inter Milan manager, Antonio Conte is the highest earner amongst the coaches in the Italian Serie A. Inter manager Antonio Conte is 2nd highest paid manager in the world. He has signed a three-year agreement with Inter, expiring in June 2022.

Antonio Conte has strengthened the Inter side since his arrival. He has reunited with many of the players he formerly managed. His side have managed to challenge for the Serie A title against a very tough Juventus side.

The 50-year-old took over the Spanish side in 2011 and has been the Atlético Madrid manager ever since. The former River Plate manager is almost earning twice as much as his colleague Zinedine Zidane and earns more than some of the top players such as Mbappé, Eden Hazard and Griezmann.

The Atletico Madrid boss is on an astronomical annual salary, €22m net, €40m gross, which is topped up by a partnership with Range Rover and some real estate investments. It is no wonder Simeone has been in no rush to leave the Wanda Metropolitano following his unlikely success as a manager. This means the former defender is earning more than DOUBLE the highest paid player at the club. While Simeone takes home £700,000-a-week, Atletico goalkeeper Jan Oblak has to settle for around £300,000.

The Atletico Madrid manager has been fairly successful in managing the side considering he has almost not spent any money on transfers. He has got his side challenging for the La Liga title. His side has also made it to the Champions League final twice, despite not being able to win it.