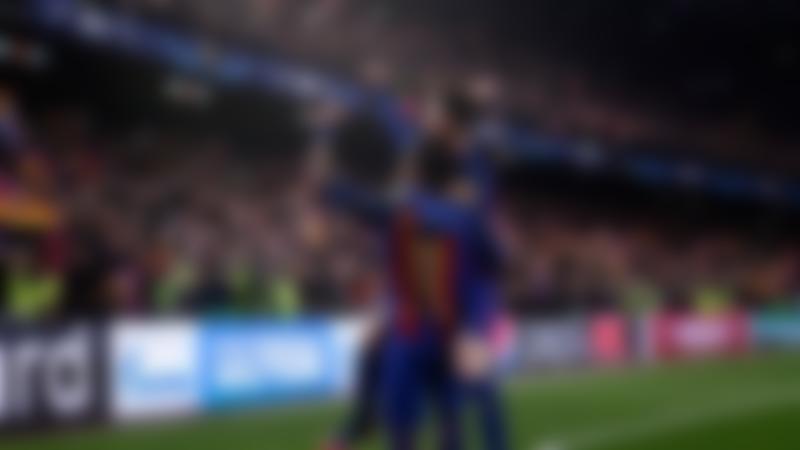 Today, we are going to take a look at some of the best FC Barcelona comebacks. Football is a very unpredictable sport. You never know what might happen at any time. No matter if you are winning or losing, there’s always a chance to turn things around. Barcelona has always had great attacking firepower and players that can change the game within minutes. Some of the best Barcelona comebacks will shock you. Be sure to also read the top 10 best ever football comebacks in history.

Below are the top 10 of Barcelona greatest comebacks of all time:

Barcelona amazingly turned their 4-0 deficit in the Champions League Round of 16 to complete one of the biggest comebacks in the history of the competition.

After the first leg of the competition, Barcelona was completely ruled out of the tie. They were down 4-0 at Le Parc De Princes.

However, Luis Enrique stood tall in the post-match conference after the first leg defeat and declared that if PSG can score four, then his team can score six.

Barcelona had Messi, Neymar and Suarez (MSN) as their attacking trio. They had a bright start to the second leg. Barcelona went into halftime with two goals in the bag. In the second half, Barcelona was awarded a penalty early. Messi scored and made it 3-0. It was wave-after-wave of Catalan attack.

However, they were caught on the counter and Cavani scored for PSG. The echoes of the defeat were getting louder. Cavani’s goal now meant that in order to proceed to the next stage, Barcelona needed three more goals.

Neymar scored a majestic free kick in the 88th minute and a clinical penalty which was earned through a foul on Suarez were converted into goals with only a couple of minutes left in the game.The scores were now tied on aggregate (5-5) but PSG would have gone through given their sole away goal. Even Barcelona’s goalkeeper Ter Stegen was in PSG’s penalty box. Neymar crossed the ball into the PSG box which was somehow picked up by substitute Sergio Roberto who lunged his foot forward to put the ball at the back of the net. The score line was Barcelona vs PSG, 6-1 on the day and 6-5 on aggregate.

Barcelona had pulled off the unimaginable. The scenes were bizarre. Everyone in the Camp Nou was going crazy. It was called “La Remontada”.

Barcelona came from behind to defeat PSG at the Nou Camp and finish top of their Champions League group.Zlatan Ibrahimovic gave PSG the lead with a low finish from 10 yards after being teed up by Blaise Matuidi.

Chelsea had one foot in the 1999/00 Champions League semi-finals after beating Barcelona 3-0 at Stamford Bridge thanks to a Gianfranco Zola free-kick and a brace from Tore Andre Flo.

But the Blues were outclassed at Camp Nou and lost after extra-time following goals from Rivaldo and Patrick Kluivert.

Barcelona were 2-0 down in the first leg of their round of 16 tie againstAC Milan. The critics thought it would be very difficult to overturn this score.

Lionel Messi had other plans. It took less than five minutes for Barcelona to score in the second leg. Messi flicked the ball into the corner and the Camp Nou erupted with excitement. However, the rest of the half was full of chances that could not be converted.

Just before the stroke of half-time, Messi struck the ball hard and low through the legs of Philippe Mexès.As the half-time whistle went it was 2-0 on the night, 2-2 on aggregate.

In the second half, David Villa took almost no time to score the 3rd goal for Barcelona. Then, Barcelona took control of the game and held possession of the ball. They slowly edged towards victory as the final whistle drew closer and closer.

When the clock hit 90, it flashed up a further three minutes of added time. The pitch of the whistles rose. And then it finally happened: Alba made it four. Barcelona had made it.

This was no doubt one of the greatest Barcelona comebacks in Champions League.

The Blaugrana were considered favourites for their tie against Villarreal. However, this proved to be opposite of the easy match they were expecting.

Barcelona raced into an early 2 goal lead. The champions led 2-0 through Philippe Coutinho and Malcom. However, just when it was looking comfortable for FC Barcelona, Villarreal made an amazing comeback.  Villarreal then led 4-2 with Samuel Chukwueze, Karl Toko Ekambi, Vicente Iborra and Carlos Bacca scoring. Barcelona was unable to defend at all with Pique on the bench.

Everything changed when Villarreal defender Gonzalez was sent off in the 86th minute. Leo Messi stepped up to curl home a free-kick off the inside of the far post with 12 seconds of normal time remaining.

The Catalans went all out for an equalizer which came with the final kick of the game. A corner was half-cleared to Suarez, who hit a wonderful 20-yard effort on the bounce that flew past Asenjo and broke Yellow Submarine hearts.

This match was built to be one of the biggest Clasicos in history with the title race depending upon it.

During the game, Los Blancos took the lead three times thanks to a Ruud van Nistelrooy brace and a Sergio Ramos header. However, Barcelona had their own magician up their sleeve. Lionel Messi rose to the occasion and showed the world he was a superstar.

Lionel Messi did not equalize once or twice, but thrice. He finished brilliantly in injury time after a sublime dribble to complete his first Barca hat-trick and cap off one of the great individual performances of all time.

Real Madrid were ahead very early in the game as Benzema scored a quick-fire double. First, he headed home Angel Di Maria’s cross and then, four minutes later, the pair combined again.

Neither side looked sure defensively and, just before the break, Messi cut inside the area to fire the visitors level to finish what was a thrilling half of football.

In the second half, Ronaldo scored from the penalty spot despite being tripped by Dani Alves just outside the penalty area. However, the match swung again though when Ramos was shown a straight red card for fouling Neymar, allowing Messi to equalize from the penalty spot. Real Madrid looked to defend and keep it to a draw, but Messi had other plans. Iniesta managed to win a penalty late in the game and Messi scored to make it 4-3 for the Catalans.

Barcelona were expected to get an easy win against 8th place side Getafe. It was a much needed win as well to get on top of the table in a tight title race with Atletico. However, the game started in an unexpected way. Getafe led 2-0 inside the opening 15 minutes after Sergio Escudero drilled in after a neat one-two and Lisandro Lopez powered in a free header.

Barca were without the injured Lionel Messi and suspended Neymar. They had to find a spark in their tail and Pedro was exactly that. Pedro scored 3 times before half time to give Barcelona the lead.

In the second half, Cesc Fabregas scored twice more as the champions moved above Atletico Madrid and on top of the table.

On March 12 of 1997, the Camp Nou was witness to an epic comeback against Atletico Madrid in the return leg of the quarter-finals of the Copa Del Rey.Atletico came out swinging and quickly jumped to a 3-0 lead.

At half-time, Atletico were leading 3-0 which meant that they needed 4 goals to advance to the semi-finals. As soon as the second half started, Ronaldo scored a brace. However, Atletico scored a fourth due to a mistake from Barca’s keeper. In the 67th minute, Figo scored to make it 3-4. Ronaldo brought Barça level later but even a draw was not enough for the Catalans. It was then that the Argentinian forward, Juan Antonio Pizzi, on the 82nd minute, culminated Barca’s comeback.

This was one of the most epic El Clasico to ever happen.

Casemiro scored first for the hosts before Messi and Ivan Rakitic put Barcelona in front and Sergio Ramos was shown a red card for a wild lunge.

Substitute James Rodriguez thought he had earned Madrid a point late on. But Messi, who scored his first with a superb jinking run and finish, fired in from the edge of the area to win it for Barcelona.

The highlight of the match was Leo Messi’s winner which came in the last seconds of injury time, leaving all the Madrid players disheartened.