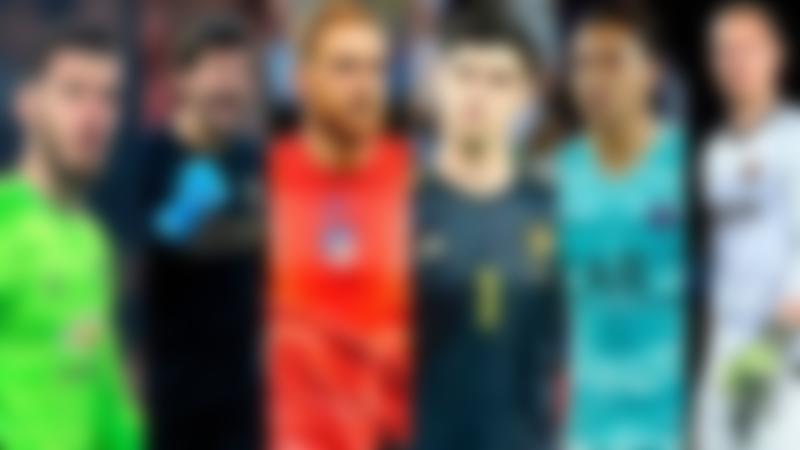 The Sevilla goalkeeper has already 11 clean sheets this season. Bounou has been playing in Seville since 2019, but he became the main player last season. Sevilla has conceded few goals this season, Bounou is one of the reasons for the reliability of the team. Yassine also has a high save percentage – 79.

Péter Gulácsi has 12 clean sheets this season. The Bundesliga is a scoring league, but Leipzig has few goals. Gulácsi has conceded only 21 goals this season. But we will also say that Leipzig has a very strong defensive line. Péter does not always come into play, as defenders do not allow opponents to shoot on goal. In Bundesliga matches, Péter Gulácsi made 39 saves and saved 68.3% of shots.

Gulácsi started his football career in Hungarian clubs, and after the player bought Liverpool. But his career in England turned out to be unsuccessful, Péter left for Salzburg, where he made a name for himself. After the footballer moved to Leipzig, where he still plays.

Benoît Costil is now 33 years old but is currently having his best season. Bordeaux has few goals in the current season, and the main hero of the team is Costil. This season, he has 74 saves and 69.2% of hits reflected.

Benoît started his career at the Caen Academy and joined the first team in 2005. The goalkeeper has been playing in Bordeaux since 2017, but until this season he was an average player.

Koen Casteels is Belgian. For Belgium, Thibaut Courtois is playing at goal, but Casteels can compete. Koen started his career in Genk, Belgium, but after several seasons moved to Hoffenheim. In Hoffenheim, the footballer reached a new level and moved to Wolfsburg.

Oblak is on any list of the best goalkeepers. The Atlético goalkeeper has 13 clean sheets this season. Jan has conceded 18 goals this season, made 69 saves and the save percentage is 79.8%.

Oblak is considered one of the best goalkeepers in the world. Jan is known for playing against top teams. But the football player was not lucky with the national team. Oblak plays for the weak Slovenian national team.

Navas became the Champions League top goalkeeper last week. The Costa Rican made 9 saves in the match against Barcelona and was named the best player of the match.

In League 1, Navas also shows a high level. Keylor has conceded just 12 goals this season and made 45 saves. Also Navas is the best in terms of save percentage (80.7).

Navas joined PSG in 2019 from Real Madrid. Since that time, PSG’s goalkeeper problem has been resolved.

During the summer transfer window, Chelsea was looking for a new goalkeeper and the choice fell on Mendy. Edouard started his career at CS Municipaux Le Havre, but became a star in Rennes. Chelsea paid £ 22m for the player, but Mendy fully justified the costs.

Mendy already has 14 clean sheets this season. He conceded only 16 goals, made 43 saves and save percentage = 75.4.

Martinez made a name for himself last season at Arsenal. Bernd Leno was injured and Emiliano got his chance. The Argentinian showed himself perfectly, and in the summer the player was bought by Aston Villa.

Now many people call Martinez the best transfer of the summer. The Argentinian shows a high level and is one of the best. Emiliano Martinez has 14 clean sheets this season and save percentage = 78.7.

We also note that Martinez made the most saves among the players on our list (94).

In the previous season, Manchester City had problems defensively and conceded a lot of goals. But this season, these problems have been addressed, and Ederson’s stats have improved markedly. Now the Brazilian has 16 clean sheets, 20 goals conceded, 47 saves and 78.3 save percentage.

Ederson’s strong point is his kicking. For this component, the Brazilian is one of the best in the world.

The best goalkeeper on clean sheets is Mike Maignan from Lille. Like Ederson, Mike Maignan has 16 clean sheets, but Mike is better on other parameters. Lille’s goalkeeper conceded fewer goals (17 versus 20), made more saves (62 versus 47) and has more save percentage (79.5 versus 78.3).