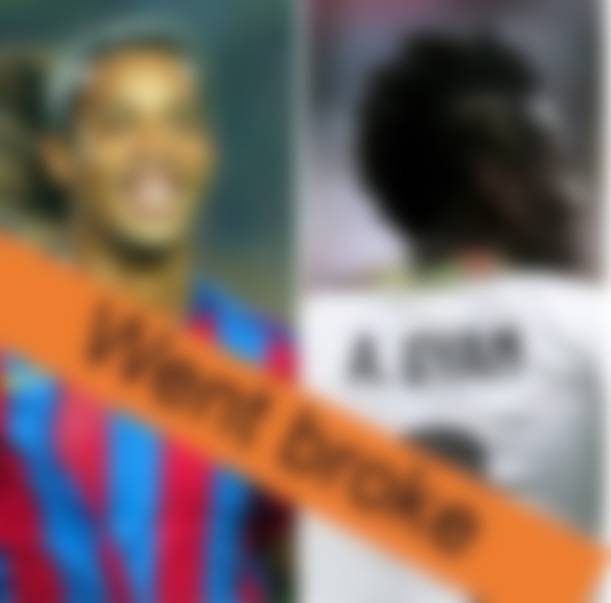 It is important for football players to have a financial education in order to manage money wisely. Beckham was smart about this and built his own business empire. But there are those who cannot properly manage their money, and after the end of their careers they go bankrupt. These are the top 10 footballers who went broke.

Asamoah Gyan was a talented footballer, but he abandoned the European leagues and opted for money. Asamoah earned a lot, but was unable to properly spend this money. Gyan often bought expensive unnecessary things, and then decided to found his own airline. But the project was not successful and the player lost a lot of money. Also, the situation was aggravated by the divorce from his wife, after which Asamoah Gyan lost his last money.

David James is an English goalkeeper who has played in many Premier League clubs during his career and earned a lot. James became bankrupt in 2014. It all started in 2005 when David divorced his wife and lost a significant part of his money. Over time, the financial situation of James got worse, and in 2014 he lost his last penny.

In the 90s, Paul Merson made a lot of money. Merson has spent most of his career at Arsenal, but has also played for other teams. The footballer ended his career in 2006, and a few years later he went bankrupt. Alcohol and women played a big role in this, but still the main reason is the bets. But fortunately, Merson was able to defeat betting addiction and does not play anymore.

Cameroon footballer who played for Manchester United. Djemba-Djemba made a name for himself in Nantes, after which it was bought by Manchester United. But the career of the Cameroonian was not successful, and the footballer himself soon became bankrupt. Like many African footballers, Djemba-Djemba spent a lot of money on unnecessary things. He had no control over the funds, so after the end of his career, his money ran out.

Another English footballer who lost his money betting. Lee Hendry made good money, but lost everything in gambling. The situation was so bad that the footballer wanted to organize a suicide twice. Fortunately, Lee Hendrie has recovered from his addiction.

Gillespie played great in Newcastle and Blackburn, and overall had a good career. Keith was making good money at the time, but years later the footballer went bankrupt. The main reason was the bets, Gillespie admitted in an interview that he lost about 7 million pounds. At that time, bookmakers were very popular, and many football players believed that they knew better football than bookmakers and played on bets.

The Nigerian footballer is remembered for his performance for Chelsea, and also played for Anderlecht and Newcastle. Celestine earned £ 35,000 a week, a high salary at the time. But after the end of his career, Babayaro lasted only 3 years, and he went bankrupt. The reason is buying expensive things and poor money management.

The American goalkeeper played until he was 44 and made a lot of money during his career. But unlike other footballers on our list, Friedel did not spend money on expensive items or gamble. Friedel made a bad investment and failed. Friedel created his own football academy, but the academy did not bring money.

Ronaldinho still has money, but the Brazilian has lost a lot of money after retirement. Ronaldinho loved a riotous life, spent a lot on alcohol and parties, and also made several unsuccessful investments. Ronaldinho dropped to such a level that he even went to jail. One of the best footballers of his generation went bankrupt after retirement.

Gascoigne was one of the finest England footballers of his day, but failed to fulfill his potential. Gascoigne had a passion for alcohol and drugs. It was drugs and alcohol that played a key role in Gascoigne’s life, and Paul eventually went bankrupt. One of the talented English footballers became homeless.