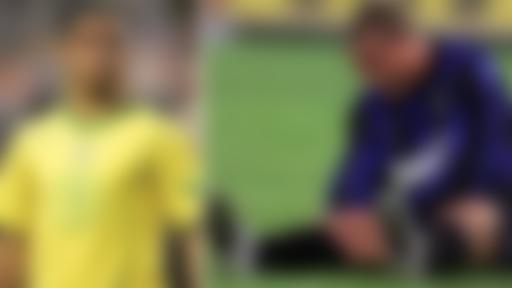 At the beginning of this season, one of the best defenders in the world, Virgil Van Dijk, in a match with Everton, tore his cruciate ligaments. At the moment, the footballer continues to recover, but most likely will not play again this season.

A ruptured knee ligament is the worst injury for a football player. The cruciate ligaments are responsible for balance in the knee joint. And when they break, there is only one way to restore them. You need to take the ligament from another place and put it in the joint. But after surgery, the knee will never be the same, speed and sharpness are lost. After such injuries, many football players can no longer play at a high level, one of such examples is Giuseppe Rossi.

But there are those, who despite this terrible injury, return to a high level. We wish Van Dijk the best of luck, but for now let’s look at the players who have returned to their previous level after a cruciate ligament injury.

In 1992, the Englishman moved to Blackburn and scored 16 goals in half a season, but at the end of the year he suffered a cruciate ligament injury. A lot of football fans no longer believed in him, but after his return, Alan began to play even better. In his first season after his return, Shearer scored 31 goals in 40 games and became the league’s top scorer, and soon won the Premier League with Blackburn. Shearer has scored 260 goals in the Premier League during his career and is the best scorer in league history. Because of that injury, Alan missed 257 days, but he did not give up and went down in football history.

Pires has played very well since the first day at Arsenal and has progressed constantly. In the 2001/02 season, the French footballer became the league’s best assistant, as well as the best player of the season according to journalists. But at the end of that season, Pires was seriously injured and was out for 7 months. Then he was already 29, many did not believe in his success. But Robert came back even stronger. He became the team leader along with Henry and became the champion of England in the 2003/04 season. Pires played at Arsenal until 32, and then played for 4 years in Villarreal, Spain

Lahm tore his cruciate ligaments at a young age, when he was 21 years old. Then Philipp was still performing in Stuttgart, on loan. Lahm was injured in training and was treated for 6 months. But in Bayern Munich there were professionals who saved the football player’s career.

Del Piero was injured on his birthday, his worst gift ever. Due to injury, Alessandro missed a year, and in the first months he walked with crutches. Later, Del Piero admitted in an interview that he did not believe that he could play at a high level, and he was strongly motivated by letters from fans. After his return, Del Piero won many trophies (including the World Cup) and became a legend in Italian football.

In the 2010s, Falcao was the most coveted forward and had a great future. In 2013, Monaco became the new club of the Colombian footballer, which then had a lot of money. Falcao from the first days began to delight fans. But in January 2014, in a French Cup match against a club from the 4th division, Radamel suffered a cruciate ligament injury. Falcao missed the World Cup in Brazil and his career began to decline. The footballer failed in Manchester United and Chelsea, and also stopped playing in the Colombia national team. They no longer expected bright performances from him, but people were wrong. Falcao returned to Monaco, once again began to score a lot and helped his team become the champion of France, and also reached the semi-finals of the Champions League.

In April 2017, Zlatan tore his cruciate ligaments, so he failed his second season at Manchester United. The media wrote about the possible end of his career, and because of his high age, no one believed that the Swede would be able to return to his previous level. At first everything was so, Manchester United did not renew the contract, and Zlatan left for the USA. In 2020, Ibrahimovic returned to Milan and started showing quality football. With Zlatan in the lineup, Milan became one of the best in the second part of the 2019/20 season, and this season the team is fighting for the championship.

Ibrahimovic has an iron character, only a few can return after such a severe injury at the age of 36.

The Dutchman was so talented and no one was surprised then, Alex Ferguson gave 28.5 million euros for him. But in training, Van Nistelrooy made an unsuccessful half-jump and tore his ligaments. Manchester United did not abandon the player and postponed the transfer to the next year. Ruud Van was treated for a year, but in the first game after returning he scored a double. Soon the player moved to Manchester United and for many years became the main player of the English club.

In 2008, Nistelrooy broke his ligaments for the second time, but then he was already 33 years old, so he could not get back to the previous level.

Another footballer on our list, who became world champion after a cruciate ligament injury. Ronaldo’s injury was probably the most serious. The phenomenon has always had knee problems, at Inter he was injured and missed for almost 2 years. They no longer believed in him, but Luiz Scolari decided to take the striker to the 2002 World Cup. At the tournament, Ronaldo became the best and helped Brazil become the world champion. After Ronaldo went to Real Madrid and won his 2nd Golden Ball.

In 2008, in a match against Livorno, Totti injured his knee. The doctors wanted to replace him, but Totti was a fighter and stayed on the field. A few minutes later, Francesco fell back onto the lawn, and it became clear that the player had suffered a cruciate ligament injury. He was then already 32 years old, the Brazilian Ronaldo at the same age could not recover, so they did not believe in Tooti’s return. But the Roman emperor was always famous for his physical form, and a ligament injury could not stop him. Totti recovered in 4 months and defended the coat of arms of his native Roma for many years.