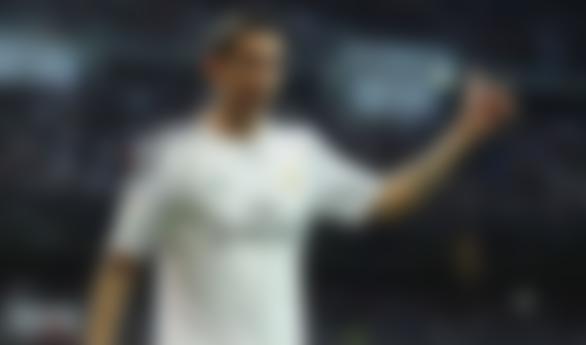 Paulo Dybala is the only footballer in the world who plays both Ronaldo and Messi at the same time. With Cristiano Dybala intersects in Juventus, and in the Argentina national team plays with Messi. Let’s see who else has played with Messi and Ronaldo.

Pique, along with Messi, is a legend of Barcelona and one of the club’s important players in the 21st century. Pique has been playing with Messi since 2008, and during this time has won many trophies, including 3 Champions League Cups. Surprisingly, Pique has also played with Ronaldo in his career. From 2004 to 2008, Gerard played in Manchester United. The Spanish defender won many trophies, but was not an important player in the English team. Then Vidic and Ferdinand played in the defense of Manchester United, who were better than Gerard. After moving to Barcelona, ​​under the leadership of Guardiola, Pique progressed greatly and became one of the best defenders in the world.

For Pique, Messi and Ronaldo are the greatest footballers in the history of football.

Garay was best remembered by fans for his game at the 2014 World Cup, but he made a name for himself at a young age. From 2005 to 2008, Garay played successfully in Racing, after which the Argentine player was bought by Real Madrid. Garay played in the Madrid club until 2011, it was during this period that Ezequiel met Ronaldo. With Messi, Garay played in the Argentine national team, in different age categories, Leo and Ezequiel crossed each other for the first time back in Argentina U-15.

For Garay, Messi is cooler than Ronaldo: “Messi is the best, his talent has no limits”

In 2016, the Portuguese midfielder was interested in Real Madrid and Barcelona, but the footballer chose Barcelona. After the transfer, Gomes said in an interview that he was very pleased to play with both Messi and Ronaldo at the same time. But his career in Barcelona was unsuccessful. He failed to become a main player and left for Everton after a couple of seasons. But with Ronaldo Gomes achieved success, in the Portuguese national team in 2016 he became the European champion.

Semedo played well for Benfica, which attracted the attention of Barcelona. Then Barcelona was looking for a replacement for Dani Alves, who went to Juventus. In 2017, Neslon moved to Barcelona and got the chance to play with Messi. With Ronaldo, Semedo played in the Portugal national team. Nelson made his debut in 2015, but he became the main player of the national team after moving to Barcelona. Euro 2016 he missed.

Gago and Messi first met each other back in 2005, when they won the World Youth Championship. In the main team, Fernando and Leo crossed paths in 2007, and a year later Argentina became the champion at the Olympic Games. Gago and Ronaldo played each other at Real Madrid in 2009-2011.

Even before the transfer to Real, Gago thought Messi was better than Cristiano, but after that he changed his mind. “They are different. Cristiano is stronger, he is a real athlete, and Messi has incredibly fast movements.”

Like Pique, Larsson played with Ronaldo and Messi only at the club level. In Barcelona, the Swedish footballer played in 2004-2006 and often helped young Messi. In 2006 Larsson scored in the Champions League final and helped Messi win the first European trophy. In 2007, the 35-year-old moved to Manchester United for several months and met Ronaldo. For Larsson, Messi is better than Ronaldo. “Cristiano is a very good player, but Lionel is still better. He is not of this world.”

Deco is the only footballer on our list who has played against young Messi and Ronaldo. With the Argentine player, Deco played in Barcelona in 2004-2008. But in 2008, the Portuguese midfielder moved to Chelsea while Messi continued to progress. Deco met Ronaldo in 2003 in the Portugal national team. Deco also refused to choose one of the two, in his opinion they cannot be compared.

Tevez played with Ronaldo at Manchester United in 2007-2009. With the Portuguese player Carlos had many successes and the Tevez-Rooney-Ronaldo trio was one of the best in the world. With Messi, Tevez played in the national team, but did not achieve significant results. There was a time when Messi and Tevez did not communicate, and it is because of this reason that Carlos missed the 2014 World Cup. Tevez admires both players, but for him Messi is still cooler than Ronaldo.

Higuain is the only footballer on our list who has played with Ronaldo in 2 clubs at once. In Real, Gonzalo spent 4 years (2009-2013), and then crossed paths with Ronaldo in Juventus. With Messi Gonzalo played in the Argentina national team. The Messi-Higuian duo were good, but unlucky at the same time. That Argentina national team lost in several finals and were left without trophies.

Angel Di Maria is the best footballer on our list because he played cool with both Messi and Ronaldo. Di Maria was Ronaldo’s best partner, Cristiano often scored from the Argentine football player’s passes, and was against Di Maria’s transfer to Manchester United.

Messi also values ​​Angel very much. Di Maria was an important player in the Argentina national team and often helped Messi. Leo really wanted to play with Di Maria in the same club, but Angel did not exchange PSG for Barcelona.

Di Maria is friends with Messi and Ronaldo. For him, both players are great, Angel cannot choose one of them.

Gabriel Heinze became a bonus of our top. Heinze played with Ronaldo at Manchester United in 2004-2007 and crossed paths with Messi in the Argentina national team. Like Messi, Heinze is a pupil of Newell’s Old Boys. Gabriel is confident that Messi will end his career at his home club.

Messi and Ronaldo were mostly played by either the Portuguese or the Argentines. And only Pique and Larsson are representatives of other countries.

Also answer the question. Is Dybala lucky to be playing with Messi and Ronaldo? Or would Paulo have done better without them?