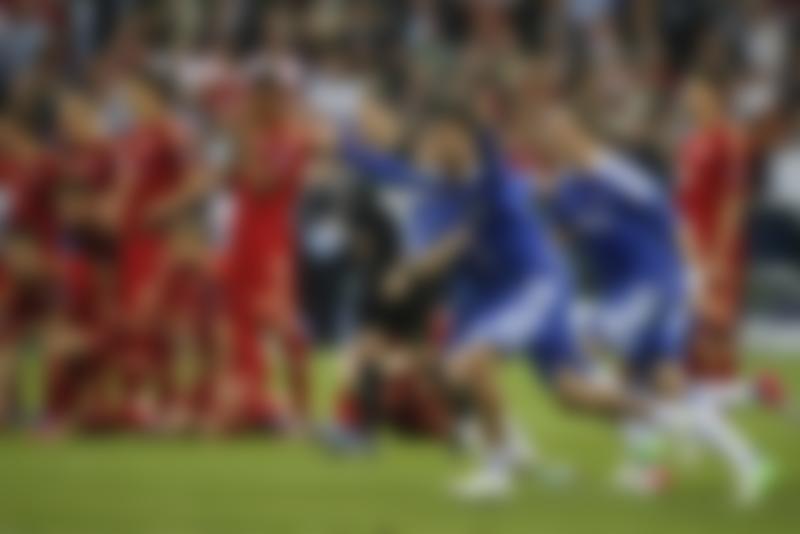 Today, we are going to take a look at some of the best Chelsea FC comebacks. Football is a very unpredictable sport. You never know what might happen at any time. No matter if you are winning or losing, there’s always a chance to turn things around. “Keep going until the final whistle” is an old football saying that makes sense in theory, but is hard to do when you’re 4-0 OR 5-0 down.

Chelsea FC throughout its 115-year history has a reputation of being the underdogs. They have found themselves in difficult situations on several occasions but they still manage to thrive in such conditions. That is why you should never write them off. Simply because the west London club are no strangers to massive European and Premiership comebacks – in fact, they have made more of them than most.

So without further ado, let’s get into the article and break down some of Chelsea’s greatest comebacks.

Chelsea’s comeback against Bayern Munich has to be the greatest comeback ever made by the west London club. The main reason why we list this fixture at the top is because of its importance. Chelsea came from behind and went on to the win and it is the only time they won the Champions League.

Beating one of Europe’s most successful clubs on their own turf, without captain John Terry, on penalties, in the Champions League final, is the ultimate comeback victory. After trailing for almost 83 minutes of the game, Chelsea found hope when Didier Droga scored from a corner to send the Chelsea fans into ecstasy.

Didier Droga sent the game to extra time and eventually penalties, where the favorites crumbled. Chelsea’s Juan Mata missed, before Philipp Lahm, Mario Gomez, and even Manuel Neuer scored, leaving the Blues on the brink of defeat. But Ivica Olic and Bastian Schweinsteiger fluffed their lines, allowing Drogba to end his Chelsea career in the perfect way – by winning them the big ol’ ears.

Chelsea fans will remember this comeback victory for a long time since it’s their first ever Champions League final victory. The true tale of underdogs.

At rank two, we have FC Barcelona vs Chelsea in the 2012 Champions League semi-final. This fixture is among Chelsea FC’s best comebacks. Having won the first leg 1-0, Chelsea looked to defend the whole game at Camp Nou but they were facing a very difficult task. They were facing the fearsome Barcelona team who had the likes of Leo Messi, Iniesta, Xavi, and Busquets.

Even worse for Chelsea, their manager was sacked and Roberto Di Matteo became their interim manager for the rest of the season. Nobody believed in Roberto Di Matteo. A man with zero Champions League e

xperience was given the task to take down Barcelona! The defending champions looked to exploit Chelsea’s ongoing situation and they were hoping to go through the stage.

Barcelona started the match with a storm. Putting balls from left to right and they looked all over Chelsea from the start.  Sergio Busquets scored for Barcelona in the 35th minute. Things got worse for Chelsea when John Terry was shown a red card in the 37th minute. The score became 1-0 on the night. Chelsea had lost hope. Iniesta fired a low ball, in the 44th minute and made the score Barcelona 2-0 Chelsea.

Frank Lampard gave a through ball and Ramirez chipped the ball in. 2-2 on aggregate. Chelsea had hope again, but the hope was lost when Drogba conceded a penalty in the 49th minute. Messi decides to take the penalty but he hit the post. Barcelona players were desperate to win. They kept the pressure going. Chelsea’s Ashley Cole cleared a ball, and Fernando Torres got it. He dribbled past Victor Valdes and scored. Chelsea 3-2 Barcelona on aggregate. Barcelona was stunned. The fans were shocked and they were in a state of disbelief.

If you take a look at the match statistics, you’ll think the team that didn’t deserve to win, won. Yes, Chelsea may have not deserved to win a trophy because they did not attack the game as much as Barcelona and some would say Chelsea got lucky, but not all heroes win. The villains won the game and nobody could take that away from them. Chelsea was able to pull off one of the most insane football comebacks.

Chelsea produced one of the iconic comebacks the great ground of Stamford Bridge has ever seen. Chelsea was placed in a strong group consisting of teams like Valencia, Ajax, and Lille. The side from west London started off as strong contenders to qualify for the next stage. In the fourth round, Ajax turned up at Stamford Bridge seeking revenge for their 1-0 loss weeks ago.

The match started in explosive fashion as both teams found themselves on the score sheet within 5 minutes of the match. Ajax scored through a Tammy Abraham own-goal, but Chelsea FC managed to get the equalizer after Christian Pulisic was fouled in the box and Jorginho converted the subsequent penalty. Ajax scored two more goals before half-time through Quincy Promes and an Arrizabalaga own-goal. Chelsea FC were 3-1 down and expectedly started the second half in an attacking mode. Things, however, turned from bad to worse as Van De Beek scored another for the team from Amsterdam.

Chelsea were 4-1 down and that was the wake up call for the Blues. Captain Azpilicueta scored from close range to reduce the deficit to two. In the 70th minute of the game, a very controversial decision was made as two Ajax center backs were shown a red card. Chelsea capitalized on the situation and Jorginho got his second goal of the match as he converted the penalty into goal.

Within minutes, Chelsea’s academy product Reece James scored a superb goal to become Chelsea’s youngest ever European goal-scorer. From 4-1 down to leveling the game at 4-4, this was one of Chelsea greatest comebacks ever.

At number four we have Chelsea vs Liverpool, one of the best Chelsea comebacks ever. With Premier League teams dominating the Champions League that season, perhaps it was fitting that one of its greatest ever players was central to the most memorable moment from the clash.

6 days after losing his mother, Frank Lampard scored a penalty to put give Chelsea the lead in the extra time of the game, before kissing the black armband and pointing to the sky – one of the most emotional moments in Chelsea FC history.

It was a heart break for Liverpool who were on a brink of going to yet another Champions League final but fair play to Chelsea for producing a great comeback.

Chelsea vs Barcelona in 2005 Champions League round of 16 is one of the best Chelsea Champions League comebacks. After losing to the Catalans in the first leg at Camp Nou, Chelsea had to produce something out of this world at Stamford Bridge.

They did produce some of the magical moments in the game, scoring three sublime goals and some attacking play that their opponents would have been proud of. Everything was going well until Ronaldinho scored for Barcelona and proved that the game was not over.

Chelsea needed an inspiration. And that’s when the legend John Terry decided to step up. John Terry sent them through 5-4 on aggregate with a stunning header, and the Blues showed world football they were not to be written over until it’s truly over.

Against Napoli in the 2012 Champions League Quarter-finals, the side from west London was able to produce one of the greatest Chelsea comebacks. After a 3-1 first-leg defeat, Andre Villas-Boas left the club to be replaced as manager by Chelsea cup-final hero Roberto Di Matteo – and the Italian inspired a monumental turnaround in the return match. After going down 3-1 in the first leg, it seemed like an impossible task for Chelsea to overturn the deficit. But as we all know, Chelsea is not to be written off especially at Stamford Bridge.

Chelsea vs PSG is one of the best Chelsea comebacks. 3-1 down from the first leg at Parc des Princes, the Blues had to win by two goals to go through to the semi-final, and when Eden Hazard limped off injured in the first half, it looked a step too far.

But Jose Mourinho’s substitutions and philosophy came up trumps, as Andre Schurrle scored in the first half before Chelsea laid siege to PSG’s goal.

Oscar and Schurrle hit the bar as time ran out, but Demba Ba stepped up and finally scrambled in a late goal that sent Stamford Bridge into raptures.

After going 1-0 down in the first leg against Club Brugge, Chelsea had to score 2 goals at home without conceding to qualify for the next stage. Yet again, the side from west London produced one of the iconic Chelsea comebacks at Stamford Bridge.

The atmosphere was electric that evening at Stamford Bridge.  Mark Stein’s close-range finish helped Chelsea level the game and now they only needed one goal to qualify. Paul Furlong delivered the second goal to finish off Club Brugge at Stamford Bridge to complete another great Chelsea comeback.

Chelsea had it all to do after going into this Cup Winners’ Cup semi-final, second leg 1-0 down, and then conceding first on the night. That meant three goals were required if Chelsea was to make it to their first European final for 27 years. Gustavo Poyet got the ball rolling and Gianfranco Zola headed in a second and with one goal still required to win on aggregate, up popped Mark Hughes from the bench to volley the spectacular winner to send the crowd wild.

The Blues would go on to defeat Stuttgart 1-0 in Stockholm to win their second Cup Winners’ Cup.

Chelsea FC was battered in the first leg and were lucky to come away with only a 2-0 defeat. At Stamford Bridge, Chelsea had to score 3 goals without conceding to qualify for next stage.

An early goal from Peter Houseman was exactly what Chelsea wanted. The game was locked until Peter Osgood sent the tie to extra-time. Players were exhausted but Chelsea looked sharp and they wanted to grab the victory before penalties. Two more goals followed in the extra time of the game that sealed the deal for Chelsea FC – one of the Chelsea greatest comebacks ever.

The Blues would then go on to beat Real Madrid in the final to lift the trophy.