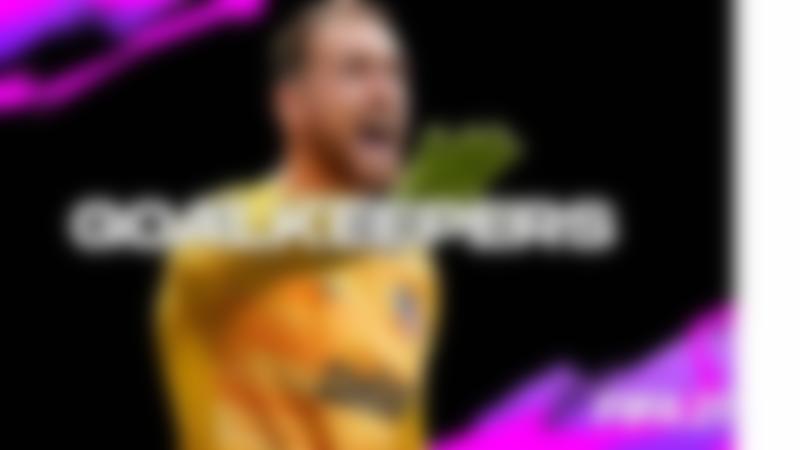 Let’s talk about some of the best goalkeepers in FIFA 21. You can have the best outfield players in the world but, if you’ve got an absolute donkey between the pipes, it will count for nothing. Adrian’s errors in Champions League got Liverpool knocked out of the competition. To avoid the errors leading to goals by the goalies, you need to have the top goalkeepers FIFA 21. The best FIFA Goalkeepers are arguably the first signings you should consider for your new FUT21 team because while you might not be controlling them yourself, a quality keeper can make a world of difference in the tightest moments of the games and can win you matches.

From sweeper-keepers to reflex shot-stoppers, here are the 10 best goalkeepers in FIFA 21

So, who is the best goalkeeper in FIFA 21? Simply Jan Oblak, the best-rated goalkeeper in FIFA 21. Jan Oblak is literally wall standing in front of the goal in real football, and it’s the same case in the game. The Atlético shot-stopper remains the best keeper in the game after FIFA 20. Oblak remains Atletico’s best performer for the whole of last season and this season. Despite not winning any major trophies with Atlético Madrid last season, Oblak still had a great individual season as he was pretty much impossible to get past. Oblak is also literally near impossible to pass him in FIFA 21.

Trust me, I have faced him in the game and it was really hard to get past him. Props to FIFA for giving Oblak his real-life qualities in-game as well. He is also ranked 5th in the list of top 100 players in FIFA 21.

Atlético Madrid fans must feel safe when Oblak is in the goal. The only time Atlético fans didn’t feel secure was when they feared he would leave. But the Slovenian was named second club captain after Koke and Atlético fans were relieved.

Liverpool’s number one goalkeeper is FIFA 21’s number two goalkeeper, and his early absence from the Liverpool team through injuries only proved further how crucial he has been in their rise to European domination. Alisson Becker had a great season in the Premier League and he is placed at number 2 with a FIFA rating of 90. Alisson would have won another Golden Glove last season if he was not injured for a long time. Needless to say, Alisson is one of the players having FIFA 21 best player ratings.

Athletic, agile, brave, and a real leader from the back, Alisson is a great pick in the net for FIFA 21.

FC Barcelona’s first-choice goalkeeper, Ter Stegen is placed at number 3 with a FIFA 21 rating of 90. He might as well be one of the best goalkeepers in the world but one funny thing is he can’t even get a place in Germany’s national team. Nonetheless, Ter Stegen is still a class goalkeeper and it’s very hard for the strikers to beat him.

One of the few positions Barcelona have improved on since their glory days is in goal. Bravo and Victor Valdes were good, but they were not as brilliant as Ter Stegen is.

Thibaut Courtois is ranked at number 4 with an overall FIFA 21 rating of 89. The Real Madrid goalkeeper had an amazing individual season as he helped Real Madrid to win their 34th La Liga title. He also won the Golden Glove for keeping the most clean sheets last season.

The German international, Manuel Neuer is placed at number 5 in the rankings with an overall rating of 89. Neuer won pretty much every trophy last season with Bayern Munich, as he lead his side to win the treble including the Bundesliga, UEFA Super Cup, the Champions League, and DFB Pokal Cup. Needless to say, Manuel Neuer is one of the best goalkeepers in FIFA 21.

As an inventor of the modern ‘sweeper keeper’, Neuer unsurprisingly excels in the kicking stats.

Manchester City’s first-choice goalkeeper, Ederson is placed at number 6 in the rankings with an overall FIFA 21 rating of 88. The Brazilian never fails to impress with his shot-stopping ability and works the ball with his feet very elegantly. Ederson really is one of the best goalkeepers FIFA 21.

A sweeper keeper after Neuer’s heart, Ederson is clearly influenced by the German international and is the only keeper ahead of Neuer for kicking. It’s a style of play both keepers developed under Pep Guardiola – who has managed both Bayern Munich and Manchester City.

Samir Handanović serves as captain and plays as a goalkeeper for Italian club Inter Milan. Handanović is another goalkeeper with an 80+ rating in FIFA 21, and one of the best goalkeepers in FIFA 21. The Slovenian international is placed at number 7 in the rankings with an overall rating of 88.

Handanović is not always thought of among the world’s best goalkeepers, but that’s due more to his low profile than his abilities. He has the best positional skills outside of the top two goalkeepers and the joint second highest reflexes. Needless to say, Handanović is ranked among the top goalkeepers in FIFA 21.

PSG’s Keylor Navas is placed at number 39 in the rankings of FIFA 21 top 100 goalkeepers, with an overall rating of 87. Keylor Navas helped Paris Saint-Germain reach the final of the Champions League last season.

He’s not as flashy or athletic as some of the other goalkeepers here, but he’s always reliable, and that’s one of a keeper’s most important abilities.

Tottenham’s captain and goalkeeper, Hugo Lloris is placed at number 9 in the rankings of FIFA 21 best goalkeepers, with an overall rating of 87. The French international is definitely one of the best goalkeepers in FIFA 21.

The France captain comes with the joint highest reflexes and second highest diving abilities – definitely a great pick for your FIFA 21 Ultimate Team.

Wojciech Szczęsny is hands down one of the legends of FIFA. The Juventus goalkeeper is not only a great goalkeeper in real football but one of the FIFA 21 best players to invest in. Szczesny has played understudy for a good portion of his career but, now that he’s gotten his time in the spotlight, he’s grabbing it with both hands.

His speed and distribution doesn’t rack up with the best here, but for pure goalkeeping, he’s strong in every department, and a great pick for your FIFA 21 Ultimate Team matches.