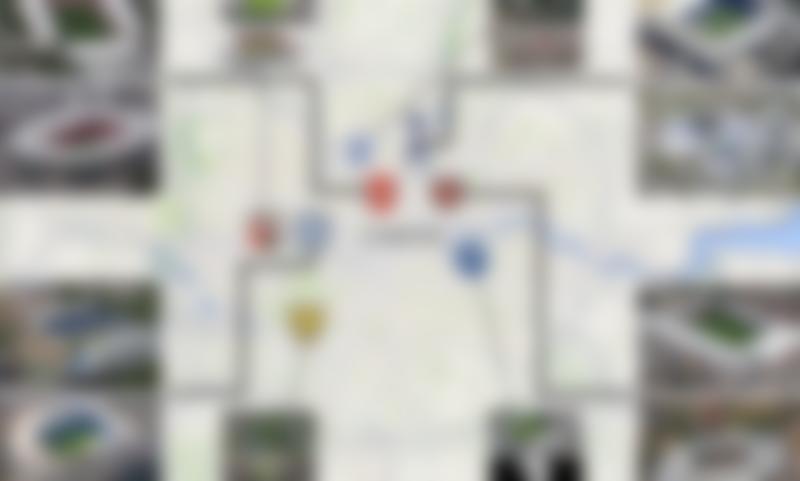 Having a well-designed and big stadium is a matter of pride and joy in England. The bigger the stadium, the more joy for the supporters. The days of empty stadiums are long gone. London is awash with football stadium with several of Premier Leauge‘s leading football clubs plying their trade in the capital along with a host of the league and non-league football clubs. Though football is currently being behind closed doors which means no fans are allowed in the stadium, empty stadiums still leave behind a mindful impact on the players. It’s a different atmosphere because players are used to playing in front of a packed stadium. But regardless, we will now take a look at the top ten biggest football stadiums in London.

Keep in mind that these rankings are based on the capacity of the stadium and not the total area of the arena.

The newly rebuilt Wembley stadium is the biggest football stadium in England and the second-largest in Europe. Wembley also holds the title for being the biggest football stadium in London. The stadium is the home ground of the English national team but it still holds domestic competition finals like Community Shield, FA Cup Final and Carabao Cup Final. Wembley also hosted the 2013 UEFA Champions League final between Bayern Munich and Borussia Dortmund.

Wembley stadium was built between 2003-2007. The construction cost for Wembley was estimated to be around £789 million.

London Stadium is at number two in the rankings of the biggest football stadiums in London. Located in Stratford district of London the stadium is home of Premier League club West Ham United. Regular home Premier League games of West Ham United take place at this stadium. London Stadium has a capacity of holding 66,000 fans at the time and is among the famous football stadiums in London.

The Stadium was initially built for the 2012 Olympics but now it’s home for West Ham United. The London Stadium was constructed between 22 May 2008 – 29 March 2011 and the cost of construction for the stadium was estimated at around £486 million. London Stadium is owned by Greater London Authority.

Spurs Stadium is the world’s first one to use a retractable pitch covering a synthetic turf surface. The Stadium was constructed between 2016-2019 and the total construction cost was estimated at around £1 billion. The Tottenham Hotspur Stadium is owned by the club itself. However, they’ll face a difficult few years paying off their debts from building this world-class football stadium. It might affect Spurs’ transfer business in the near future due to a lack of funds.

The Emirates stadium is a pride for Arsenal fans and the stadium is among the famous football stadiums in London. It is ranked at number four in our list of biggest football stadiums in London. Though some fans feel it was the catalyst towards the club’s great downfall. Only three FA Cup and Community Shield titles have come Arsenal’s way since moving to the Emirates.

Emirates Stadium was constructed between 2003-2006 and was opened in 2006 and instantly became one of the biggest football stadiums in England as well as in London. The home of Arsenal FC is also the fourth-largest stadium in England and in London.

Stamford Bridge is the home of Chelsea FC and it is ranked at number five in our list of top ten biggest football stadiums in London. It is located in South West of London, adjacent to a bridge. Regular home Premier League games of Chelsea are played in this stadium. The Stamford Bridge stadium is the pride and joy for the Chelsea fans and it is considered among the iconic football stadiums in the Premier League.

Charlton’s The Valley stadium is Charlton Athetlic’s home ground and it is one of the biggest stadiums in the English Championship. It is also ranked at number six in our rankings of the top ten biggest football stadiums in London. The stadium has been home for Charlton Athletic for nearly 100 years.

The stadium was expanded three times in its history and has also been renovated on several occasions. The recent renovation took place in 1991. The Valley is owned by Charlton Athletic Football Club.

Craven Cottage is one of the most well-known football grounds in England. It also among the biggest football stadiums in London. Home to Fulham FC, it has been famous for being a family ground, that has been home to the London club since 1896. The cottage has a capacity of 25,700 and has a history that goes back 300 years. Many international teams have played games at the Cottage, including the Australia and USA football team. The ground has also seen Fulham compete in most English leagues, including the Premier League for 13 consecutive seasons. Fulham was promoted back to the Premier League this season and are currently sitting at 17th in the standings – just one short of the relegation battle.

Craven Cottage is one of the oldest football stadiums in England and it was built in 1780 and has been renovated on several occasions. The iconic stadium is owned by Fulham F.C.

Selhurst Park is home to the English Premier League club Crystal Palace and is among the best soccer stadiums in London. It has a capacity of managing 25 thousand fans at a time. Selhurst Park is one of s few Premier League stadiums that feels like it really belongs to the community. Located in the South of London, the stadium is best viewed on approach from Park Road where the upper hillside view over the old Main Stand is a sight to behold.

The Selhurst Park was constructed between 1922-1924 and was opened on August 30, 1924. The stadium was designed by Archibald Leitch and is owned by the Crystal Palace club itself. Selhurst Park is truly one of the famous soccer stadiums in London.

Loftus Road is home to Queens Park Rangers club who is currently fighting in the English Championship. Loftus Road became the first English side to have an artificial pitch in 1981. The artificial pitch lasted seven seasons only. The ground hasn’t just been used by QPR though, international teams Australia and Jamaica have played fixtures at the ground, while boxing and charity matches have also taken place at the Loftus Road stadium.

The Stadium was built in 1904 and can hold up to 18,439 fans at a time. Loftus Road is owned by Queens Park Rangers Football & Athletic Club Ltd and is among the biggest football clubs in London.

Griffin Park is the home of Brentford FC and is ranked at number 10 in our list of top ten biggest soccer stadiums in London. Brentford FC does have a stylish home ground and it is famous for having a pub in each corner of the stadium. The iconic stadium creates a lively family atmosphere, while the loyal fans will be hoping their team recovers from a horrific start this season in the English championship. Fans will also be hoping for their team to work hard for the Premier League promotion.

The Griffin Park was constructed in 1904 and is among the oldest football stadiums in England. The long-lasting stadium has done extremely well to survive this long, after suffering from two high-explosive bombs during the second world war, along with a serious fire in 1983 causing £150,000 worth of damage. The Griffin Park is currently owned by the Brentford FC club itself.