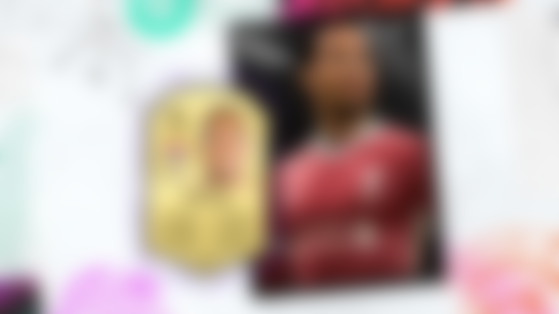 The defence is a crucial part of football as well as in football video games. EA Sports just released the latest edition of the FIFA series as of FIFA 21 and here we will take a look at the list of FIFA 21 best defenders.

For the FIFA 21 Ultimate Team, you will need not only the good attackers and midfielders, but also a rock solid defense. Sir Alex Ferguson once said:

“Attack wins you matches, but solid defense wins you trophies.”

If you’re looking to improve your defense in FIFA 21 Ultimate Team, you have to take a look at our list of top 10 FIFA 21 defenders to buy.

The Dutchman has been a legendary figure for Liverpool since he arrived at Anfield. Virgil van Dijk is placed at number 6 in the rankings with a rating of 90. Quite simply the best defender in football right now, as well as the best defender in the FIFA 21. Calm, composed, brilliant in the possession and in the air, a leader and an inspiration, the Dutchman has it all and played a crucial role in Liverpool’s Premier League title victory.

Only a few players will question van Dijk’s position as the best defender in the world currently. 91 defending, 86 physicality, and an impressive 76 pace, he is the fastest Premier League CBS in FIFA 21.

Arguably one of the best defenders of our generation. Sergio Aguero is one of the best center backs in FIFA 21. With an overall rating of 89, the Spanish international is placed at number 14 in the rankings of FIFA 21 top 100 player rating. Sergio Ramos had a great season in Spain after he lead Real Madrid to their 34th La Liga title. He was also named as the defender of the season.

Sergio Ramos shooting is his lowest category, but at 70 that’s still huge for a defender. He finished the season amongst La Liga’s top scorers, and is one of the most complete players in the modern game, a fact reflected in his FIFA 21 rating. Sergio Ramos is definitely one of the best FIFA 21 defenders to buy.

Kalidou Koulibaly has been a colossus of a defender for Napoli for the past few seasons and he has earned a place in the list of FIFA 21 top 100 players. Koulibaly is placed at number 32 in the rankings with an overall rating of 88. The Senegalese is among the list of FIFA 21 top 100 players. With the Pace rating of 75, Koulibaly is among the FIFA 21 fastest defenders.

Fast and strong, Koulibaly is near impossible to get past. You’ll need more talented players for him to give the ball to, but if you need a brick wall, you need Koulibaly.

Liverpool’s wonder-kid and one of the best right-backs in the world, Trent Alexander-Arnold is placed at number 29 in the rankings with a FIFA 21 overall rating of 87. Trent has been tremendous for Liverpool and England national team and is one of the FIFA 21 best potential players. His vision has been a massive part of Liverpool’s playing style over the last couple of seasons. Trent Alexander-Arnold is also one of the best FIFA 21 Premier League defenders.

With pace rating of 80 and passing rating of 87, Trent is one of the best attacking right backs in FIFA 21. Trent Alexander-Arnold is also among the FIFA 21 best young defenders.

Liverpool’s dynamic left-back Andrew Robertson is ranked at number 46 in the rankings with an overall rating of 87. The Scotland international was a key member of the Liverpool side that won the Premier League last season, carrying out his defensive duties diligently while providing a phenomenal 12 assists thanks to his consistently brilliant crossing.

Just like Trent-Alexander Arnold, Andrew Robertson is also an attacking left back with pace rating of 83. If you love attacking full backs, Robertson and Trent are must have in your FIFA 21 Ultimate Team – if you can pick them up, both would be huge additions to your FIFA 21 squad.

Manchester City’s central defender Aymeric Laporte makes the list of FIFA 21 best top 100 players with an overall rating of 87. Despite missing pretty much all of the last season, he still has an 87 rating in FIFA 21 which makes us wonder why. But it is what it is. Still, the Frenchman is one of the FIFA 21 top defenders.

One of the best center backs of our generation, Giorgio Chiellini is ranked at number 7 in the ranking of FIFA 21 top 10 defenders to buy, with an overall FIFA 21 rating of 87. The Italian international and club captain of Juventus has been a crucial figure for both his club and the national team.

In terms of the raw defending stat, he’s second only to Virgil Van Dijk and is an absolute beast on the pitch. Giorgio Chiellini is definitely one of the FIFA 21 best CB.

One of the best defenders of our generation, Gerard Pique is ranked at the number 8 in the rankings with an overall rating of 86. Gerard Pique had a horrible 2018-19 season with Barcelona but still has an overall 86 rating in FIFA 21.

Like Chiellini, Pique has been one of the supremo center backs in world soccer for a long time now, although the Spaniard is more technically gifted than the Italian. If you need a ball-playing center back then Pique is your go-to choice.

Despite the increasing domination of wing-backs in world football, they barely get a look in here in the list of FIFA 21 best defenders. As far as Carvajal goes, his status as a Real Madrid utility man is mirrored in his stats; none particularly stand out but, aside from shooting, none drop below 78 either. With a pace rating of 80, Dani Carvajal is one of the FIFA 21 fastest defenders.

Mats Hummels has swapped between Bayern and Dortmund four times across his career and is one of the Bundesliga’s most consistent players. The German international is one of FIFA 21 best CB. He doesn’t come in for praise as often as some other names here in the list of FIFA 21 best defenders, but make no mistake, Hummels is a world-class defender.

Read next: the best 100 players in FIFA 21 ranking according to their card and FIFA 21 10 best goalkeepers