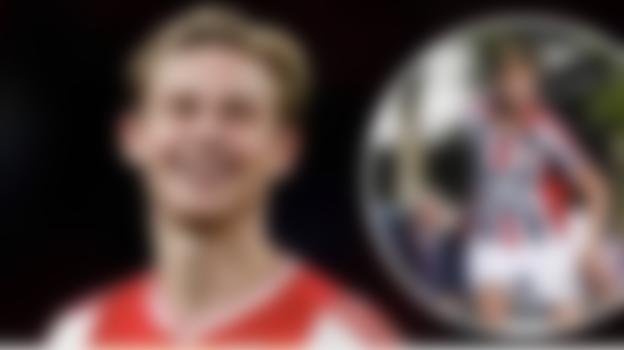 It might just be true that Frenkie De Jong is the bargain of the decade after being bought for just €1.

The Ajax sensation, Frenkie De Jong was sold to Barcelona on the 1st of July 2019. He signed a contract for the next five seasons, through to 2023/24. The transfer cost Barcelona an initial £65 million. This means that Ajax gained a massive profit, who are the masters of selling players for high fees after signing them on the cheap and producing the talent themselves.

However, the deal they managed to sign De Jong in 2015 is next level. Incredibly, Ajax sniped him from Willem II for just €1 as well as some players moving out on loan in the opposite direction. A 10% sell-on clause was also inserted in the four-year contract he signed but essentially Ajax signed him for the price of just €1. This seems to be a joke, but it is the truth.

Willem II have also had Virgil van Dijk in their youth academy many years ago. Thus, they have played a key part in the development of the two most expensive Dutch players in history.

De Jong was sensational in Ajax’s run to the Champions League semi-finals. He played a key role in his team’s success in tricky second leg ties in Madrid and Turin. He stayed calm in very extreme circumstances and showed his skills. He is more than capable of playing for the best teams in the world.

The 21-year old is the 20th Dutch player to play for Barcelona and it’s well-documented that Nike’s relationship with the club, which has existed since 1998, was a key factor in De Jong making the switch. The classy midfielder is a “Nike athlete” and according to ESPN, the American sportswear giant are to cover a “large amount” of his wages during his time at the Nou Camp.