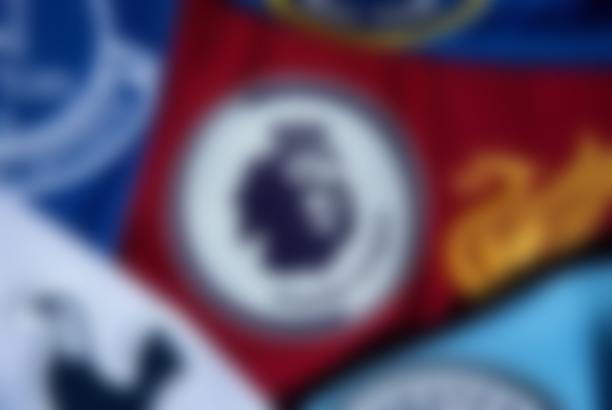 The race for the Premier League title is far from over, with five teams having a realistic chance at winning the league.

Going into the season, many expected the title race to be between two teams, Liverpool and Manchester City with both sides above and beyond the rest of the competition last season. City was Liverpool’s closest challenger, yet they finished 18 points behind the champions and Manchester United and Chelsea a further 15 points behind City.

So heading into the season it was a two-horse race or so many thought. Fast forward a couple of months and there are five teams, all of which at one stage or another have been top of the Premier League.

As it stands with their win over Fulham, Manchester United currently sit top with City second just two points behind. Although Pep Guardiola’s side has a game in hand. Then there is Brendan Rodgers and his Leicester City side in third, level on points with City. Liverpool and Spurs round out the top five on 34 and 33 points respectively, but both have a game in hand.

So should Manchester City, Liverpool and Spurs all win their game in hand, five points would be all that separates first and fifth. Not to mention Everton on 32 points who have two games in hand on leaders Manchester United. Suddenly the league title had no outright favourite.

The great thing about this season is that every side mentioned has gone on a winning run and looks like a world-beater, then all of a sudden drops off completely and loses multiple games in a row. The classic example is Frank Lampard’s Chelsea.

After spending over £200 million on players in the summer, Chelsea was rolling and was top of the league and seemed untouchable. However, after their 3-1 victory over Leeds United on December 6, Chelsea has only won three games since. A 3-0 win over West Ham, 4-0 over Morecambe, and a 1-0 win over Fulham. Their last outing, a 2-0 loss to Leicester City has Frank Lampard’s job in serious jeopardy.

After being touted as title challengers, Chelsea now sits eighth, three points below West Ham in seventh and just two points behind potential relegation contenders at one point in Arsenal who are tenth.

The fact that the league seems so open this year is great for the neutrals as there is no runaway leader and that can only be good for the league. At this stage last season everyone knew the title was Liverpool’s to lose, yet this season there are at least five genuine contenders and if Everton wins both their games in hand, then they will only be two points behind leaders Manchester United so that number could go up to six.

Liverpool are in action against Burnley tomorrow and with a win, they would move to within a point of Leicester City in third and that would further condense the top of the table.

With so many sides vying for not only the title but also the Champions League spots, the second half of the Premier League season is going to be must-watch football.

Strap yourselves in people, because the Premier League title race is going down to the wire.