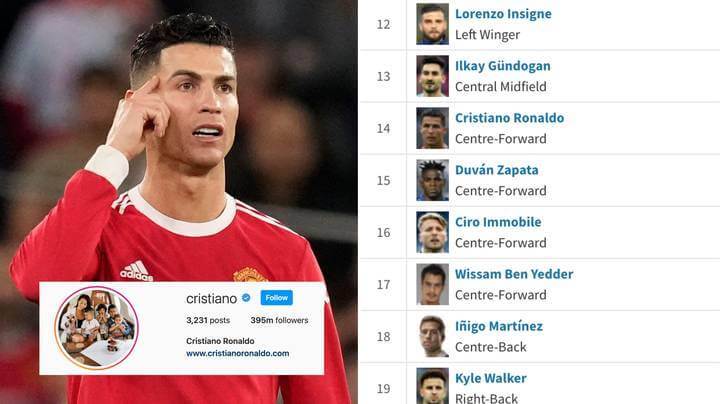 Cristiano Ronaldo once blocked popular statistics website Transfermarkt for lowering his market value and the entire story has finally been told recently.

The five-time Ballon d’Or winner was not amused with the website for lowering his transfer market value and blocked them on Instagram a few years ago.

Transfermarkt’s UK manager, Daniel Busch, explained the situation to The Athletic and it is as petty and childish on Ronaldo’s behalf as you’re thinking.

Busch said: “I think we put a list (on Instagram) with 10 players, 33 and older, and he (Ronaldo) was still in first place, but he said he must be worth much more.”

“He sent a message first to our social media guys. They answered him, explained why, and told him, ‘From the people in your own age group, you are by far the number one’. I think it was £30-50 million difference (between Ronaldo and the next player on the list), and then he sent some smiles, and then he blocked us.”

You might be thinking that this is very petty of Ronaldo. However, the Portuguese forward does take matters like these very seriously. He wants to be well respected on the field as well as off the field.

He added: “I think age is now one of the most important factors. And Cristiano Ronaldo is old – of course the same as (Lionel) Messi, and they will get (their value reduced) just because of their age.”

Do you think Ronaldo’s transfer value is reasonable? Let us know below!