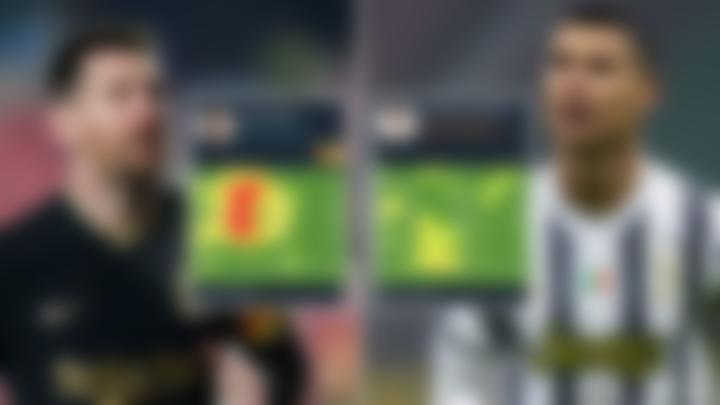 Lionel Messi gave a stunning performance in the quarter finals of the Copa Del Rey against Granada. A fan noticed that he had given an outstanding performance without even scoring a goal. Thus, the difference between Lionel Messi and Cristiano Ronaldo became clear. Messi was the center of all the news as Barcelona beat Granada 5-3 after an excellent comeback.

The six-time Ballon d’Or winner registered one assist but played a part in every goal, earning 10/10 ratings from a number of stat sites.

@KieranCFC88 tweeted a screenshot of Messi’s stats without scoring compared to Ronaldo’s when not scoring for Juventus.

Let’s take a look at the difference between Lionel Messi and Cristiano Ronaldo. In terms of all around contribution on the pitch, Messi is well on top of his rival thanks to playing in a deeper role. His key passes completed and dribbling stats are also better than Ronaldo’s, who is often used to being in and around the box. Similarly, Ronaldo’s touches are dwarfed by that of Messi, who has over 100 more despite playing away from home.

Another fan tweeted that while Lionel Messi did not score a goal, any person who watched the match would know that Messi was indeed the best player on the pitch.

On the other hand, Cristiano Ronaldo is also very hungry for goals. The Portuguese striker scored two goals against Inter on Tuesday, before being subbed off. He looked very frustrated at Andrea Pirlo, the Juventus manager. It was clear that Ronaldo wanted to score a hat-trick.

Pirlo later defended his decision to sub off the Portuguese superstar, saying that there is “no contract clause that says he can’t be subbed off.”

The Italian legend told Rai Sport: “It’s normal that when you go out in a match like this you want to play to help the team. There is no contract clause that says he can’t be subbed off. He knows he is a fundamental player for us but to get his breath back, he must always be at the top.”