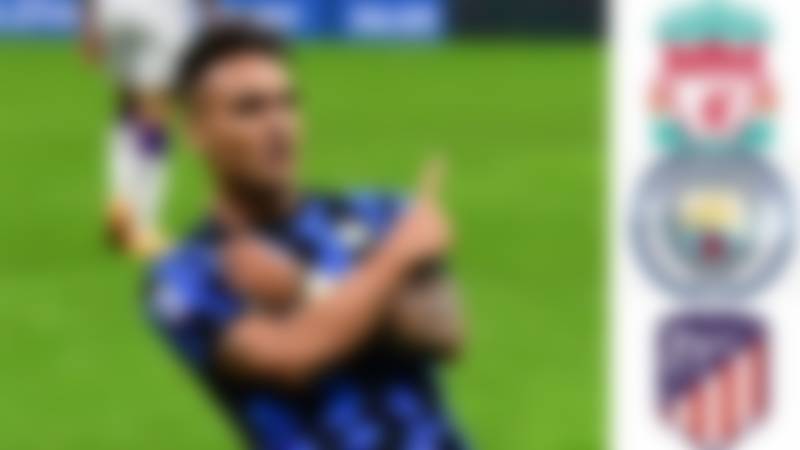 Today, we will be taking a look at the possible Lautaro Martinez transfer round-up. The Argentine star has been crucial in Inter Milan’s success last season, scoring 40 goals over the two seasons. Martinez also forged an impressive partnership with Romelu Lukaku, helping Inter win their first Serie A title in years.

Previously, the Argentine star expressed his interest in staying at San Siro, but the circumstances have changed now. Lautaro Martinez transfer should be the best option for both parties now.

It is safe to say that there will be a lot of interest from all over Europe, given Lautaro’s recent performances. So here are the five clubs Lautaro Martinez could possibly join this summer.

Liverpool have no choice but to look for their front three alternatives. With Sadio Mane, Roberto Firmino, and Mo Salah all turning 29, Liverpool have to buy a new attacker. Liverpool already signed Diogo Jota last season, but the Reds need much more. And Lautaro Martinez fits the profile, being only 23 years of age.

The problem for Liverpool here is the cash. Liverpool already spent £36m this season by triggering Ibrahima Konate’s release clause. Now the reds have no option of spreading the cost over annual installments. An offer could be sent to Inter, but it will take a lot of persuading to get Inter to agree on a deal.

PSG faces the fear of losing their talisman Kylian Mbapper this year or the next year. The French young superstar is not expected to sign a new contract at Parc des Princes. Kylian Mbappe’s preference is to join either Liverpool or Real Madrid. If PSG refuses to sell Mbappe this season, they will have to let him go next season as a free agent.

So, it will be in PSG’s best interest to cash in instead. If PSG sells Kylian Mbappe, they will have to find a replacement for him, and Lautaro Martinez fits the profile. Lautaro Martinez transfer makes sense in the case of PSG.

The reigning champions of England have been looking to put all of their eggs in Harry Kane’s basket. The deal to sign Harry Kane looks very complicated for Manchester City. Lautaro Martinez has been on Manchester City’s radar for several months now, and they are monitoring the situation.

Manchester City looks to be in the need of a new forward this season. Lautaro Martinez may not be the first choice option for Manchester City, but the deal could be pursued with Inter. The Argentine ace would turn out to be a great alternative to Harry Kane.

The champions of England have lost Sergio Aguero as a free agent this summer. Failure to sign a new attacker would leave their squad weaker. Money has never been a problem for Manchester City, as we all know.

Arsenal are in the midst of a major squad rebuild this summer transfer window. The Gunners have already spent £75m on the signings of Nuno Tavares, Albert Sambi Lokonga, and Ben White this summer. They are also interested in £70m-rated James Maddison of Leicester City.

As per multiple reports, Arsenal are prepared to spend £250m this season in order to rebuild their squad. Arsenal are looking to sign players with the potential to improve and increase the value, and Lautaro Martinez is exactly what they need. Lautaro Martinez transfer makes a lot of sense in the case of Arsenal as well.

Lautaro Martinez has been close to joining Barcelona in the past, but the Blaugrana were short on funds to send a formal offer to Inter. This summer, Barcelona has already signed Depay, Aguero, and Garcia. They have also spent a hefty amount to renew the contract of Lionel Messi.

But Spain might not be off the table for the Argentine. Lautaro Martinez transfer could be in the interest of Spanish champions Atletico Madrid. Multiple reports in Spain suggest that Joao Felix could leave Atletico this summer. And if that is the case, Lautaro Martinez could become the best alternative for Joao Felix.