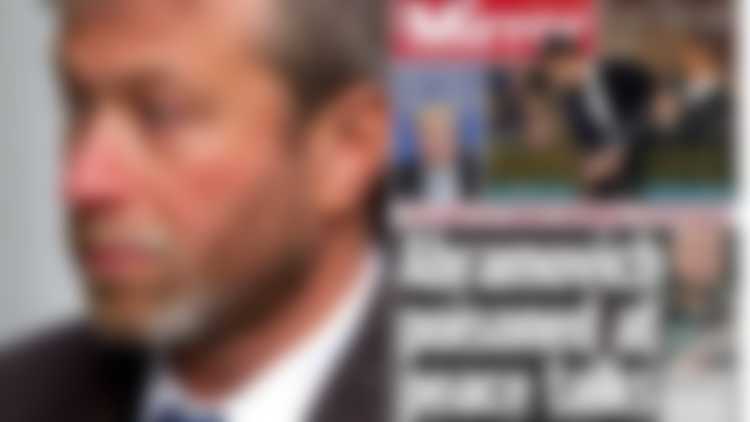 Roman Abramovich and Ukrainian peace negotiators are reported to have been poisoned with suspected “chemical weapons” earlier this month.

Following Russia’s invasion of Ukraine, Abramovich is believed to have traveled between Moscow and Kyiv for multiple rounds of discussions. It is reported that things were going smooth between Roman Abramovich and Ukrainian peace negotiators until the incident occurred.

According to the Wall Street Journal, millionaire Abramovich and at least two top Ukrainian team members suffered symptoms such as red eyes, persistent and painful tearing, and peeling skin on their cheeks and hands.

Roman Abramovich and Ukrainian peace negotiators are reportedly claimed to have gone blind for a few hours and had to be treated in Turkey.

Bellingcat, an investigative news outlet, also tweeted: “Bellingcat can confirm that three members of the delegation attending the peace talks between Ukraine and Russia on the night of 3 to 4 March 2022 experienced symptoms consistent with poisoning with chemical weapons.

“One of the victims was Russian entrepreneur Roman Abramovich.”

A Ukrainian lawmaker, Rustem Umerov, is also suspected of being sick. The Kremlin has yet to comment on the alleged poisoning attempt.

Because of his ties to Russian President Vladimir Putin, Roman Abramovich has been sanctioned by the UK government.

Roman Abramovich wants to sell Chelsea, which he has owned since June 2003, and the preferred bidders who want to acquire the club have a deadline.

The Raine Group, a New York merchant bank entrusted with organizing the sale, has set an April 11 deadline for buyers to make final bids for the Blues.

Following the withdrawal or rejection of many bidders by the Raine Group, Todd Boehly’s consortium, the Ricketts family, Sir Martin Broughton, and Stephen Pagliuca are the only surviving stakeholders in the contest.

These parties now have the opportunity to make better proposals, with Chelsea requiring at least £1 billion in future spending to secure their survival.

Mason Mount stated on Saturday that the players are still in the dark about the club’s sale, but Chelsea had some good news earlier this week when the government changed their license, allowing them to sell tickets again – but they won’t be allowed to keep the money.

Chelsea may now sell tickets to any remaining Champions League and FA Cup fixtures this season, but only away tickets to their Premier League games at Stamford Bridge – season tickets and tickets acquired before the sanctions are still valid.