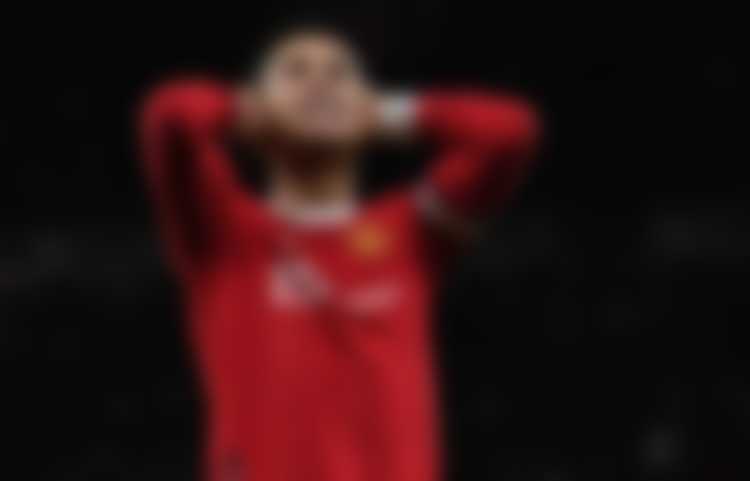 Manchester United had to settle for yet another frustrating 1-1 draw at home to Leicester City in a crucial Saturday evening fixture to further dent their hopes of finishing in the Champions League places this season.

In the first round of the Premier League fixtures following the latest international break, the Red Devils needed maximum points to keep pace with fellow top-four chasers and capitalize on Chelsea’s latest collapse at the hands of Brentford earlier in the day.

However, it wasn’t meant to be as the last season’s Europa League finalists were forced to settle for just a single point and with VAR to thank for ruling out James Maddison’s potential winner for the visitors late in the second half.

Even with the magnitude of the Saturday evening fixture, Cristiano Ronaldo’s absence from the matchday squad became the biggest talking point.

The Portuguese international has received scathing criticism from a section of Man United fans ever since he rejoined the club at the start of the season, some reports even claiming it is a signing Manchester United didn’t have to make.

However, the current statistics show the former Juventus man might be one of the only sparkling lights at Old Trafford in yet another disappointing season for Manchester United that will see them fail to win any silverware.

Despite his recent involvement with the Portuguese national team at the World Cup Qualifiers against Turkey and North Macedonia, the five-time Ballon d’Or winner was deemed unfit for the Leicester City clash, effectively ruling him out of the fixture.

And as expected, his compatriot Bruno Fernandes lined up in the “false nine” role, keen to impress on the back of the lucrative long-term deal he recently signed with the club.

But Ronaldo’s absence, yet again, proved costly, with the Red Devils failing to capitalize on any of the few big chances they created in the first half before falling behind to Kelechi Iheanacho’s stunning header in the 63rd minute.

The latest disappointing result will add to a staggering Cristiano Ronaldo stat that has been the face of two different versions of Manchester United with and without their talisman. The Red Devils are still waiting for their first win in the premier league in a fixture where Cristiano Ronaldo hasn’t started.

It’s fair to say, the Portuguese international had a massive contribution to the club’s success in the group stages of the Champions League, scoring crucial goals against Young Boys, Villarreal, and Atalanta to help the club reach the last 16 of the competition where they were knocked out by Atletico Madrid.

But it turns out his influence in the premier league has been just as important. Manchester United has lost once against Manchester City and drawn six of the seven premier league games Cristiano Ronaldo hasn’t featured.

In what could raise many people’s eyebrows, it only proves that Manchester United has sometimes missed that killer instinct inside the penalty area when Ronaldo isn’t involved. What will worry many fans is that the dropped points could spell a disastrous end to what has been an already disappointing season.

With Arsenal set to play on Monday and West Ham and Tottenham picking maximum points in their respective fixtures, Manchester United now has an uphill battle to qualify for next season’s Champions League. The Red Devils currently sit 7th in the premier league table, 3 points behind Tottenham in 4th, and Arsenal in 5th, with the latter still to play two matches.

With the harsh fixture list in the coming weeks, Manchester United faces a race against time to put up some impressive performances between now and the end of the season. But one thing is certain. It will be hard to keep Cristiano Ronaldo at the club if they miss out on a top-four finish.