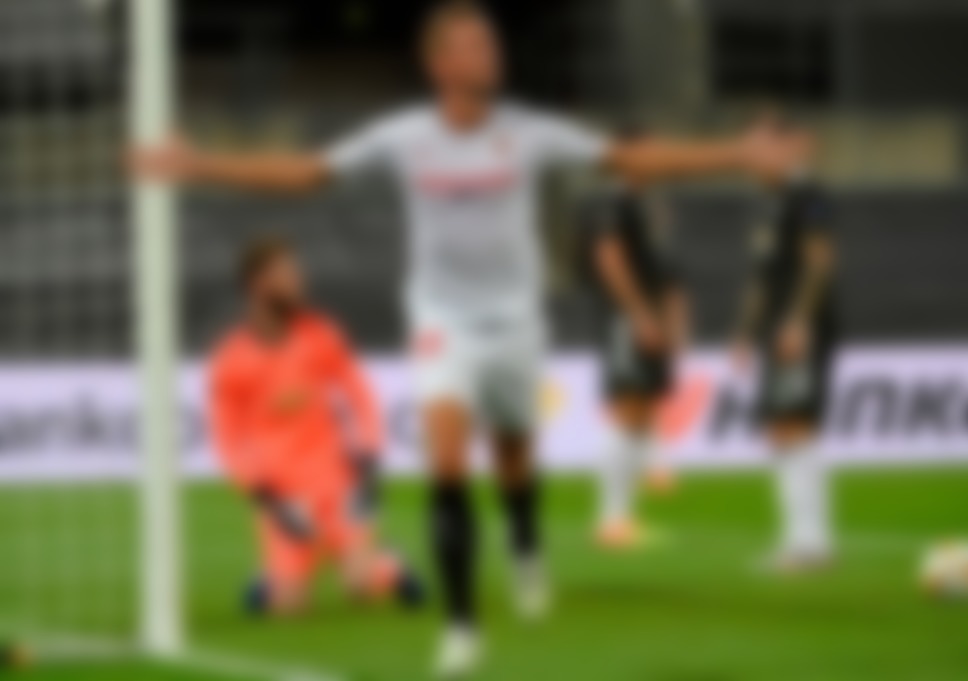 Sevilla brought a halt to Manchester United resurgence by knocking them out of the Europa League Semi-final with a 2-1 scoreline.

United have been enjoying a stellar form of late. They were only defeated twice in their last 25 games in all competition. Thanks to their form, they climbed to a 3rd place finish in the league table and were favourite going into the semi-final of the Europa League.

However, they succumbed to a team who have shown that they are the team to beat in this league. Sevilla won the Europa league in 2014, 2015 and 2016.

United went ahead in the game after Bruno Fernandes opened the scoreline with his neatly-taken penalty, earned by Marcus Rashford. However, Suso placed his first-time shot into the back of the net from Sergio Reguilon’s cross.

2 – Including both their quarter-final victory over FC København and their match with Sevilla tonight, Manchester United had 46 shots, with 21 hitting the target; however, the Red Devils managed just two goals from the penalty spot in those matches. Dissect. #UEL pic.twitter.com/VOHVGVLket

United could have easily gone ahead in the game if only their players were more clinical in front of goal. Mason Greenwood’s shot was well saved by Sevilla goalkeeper Yassine Bounou in the 45th minute. He saved another excellent strike from Anthony Martial in the 49th minute to keep the scoreline 1-1. After the Martial chance, the ball fell nicely to Fernandes. But his shot was blocked by Sevilla defenders.

Martial had another two great chances to put United on the front but both the chances were dealt with by Bounou.

United were left to rue for the chances that they missed as Sevilla got themselves ahead in the 78th minute. Substitute Luuk de Jong finished a cross from Jesus Navas by darting in between Victor Lindelof and Aaron Wan-Bissaka. The goal proved to be the matchwinner, booking Sevilla’s place in the 2019/20 Europa League final.

Manchester United ended the match with 20 shots, 7 on target, and finding the net only one.

In losing the game in semi-final, Manchester United went out of three competitions in the semi-final this year – League Cup, FA Cup, Europa League.