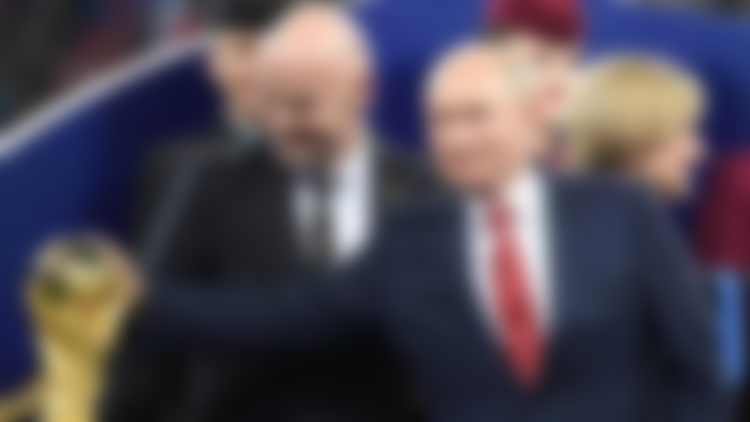 It comes in the wake of Russia’s invasion of Ukraine last week, as well as its continuous military invasion. Russia continues to face backlash from the world because of its actions and for that reason, Russia has been suspended by FIFA and UEFA until further notice.

Following President Vladimir Putin’s invasion of Ukraine, FIFA and UEFA announced on Monday that Russia has been banned from the 2022 World Cup and its teams have been suspended from all international football tournaments “until further notice.”

The men’s squad was scheduled to compete in qualification playoffs for the World Cup in Qatar later this year in March, and the women’s team had qualified for the European Championship in England in July. This means the FIFA world cup in 2022 will be played without the Russian national team.

FIFA had previously been admonished for taking measures that were deemed insufficient. On Sunday, FIFA determined that Russia may continue to try to qualify for the World Cup as long as they played under the name Football Union of Russia and did not use a flag or national anthem.

However, Polish FA President Cezary Kulesza denounced those actions as “absolutely unacceptable,” adding that Poland would not play its World Cup playoff with Russia “regardless of the team’s name.”

FIFA revised its stance on Monday, throwing Russia out of the sport’s greatest event, the FIFA World Cup.

“Following the initial decisions adopted by the FIFA Council and the UEFA Executive Committee, which envisaged the adoption of additional measures, FIFA and UEFA have today decided together that all Russian teams, whether national representative teams or club teams, shall be suspended from participation in both FIFA and UEFA competitions until further notice,” a statement read.

“These decisions were adopted today by the Bureau of the FIFA Council and the Executive Committee of UEFA, respectively the highest decision-making bodies of both institutions on such urgent matters.

“Football is fully united here and in full solidarity with all the people affected in Ukraine. Both Presidents hope that the situation in Ukraine will improve significantly and rapidly so that football can again be a vector for unity and peace amongst people.”

UEFA has also declared that its long-standing agreement with Russian energy company Gazprom will come to an end across all tournaments.

The decision is immediately effective and applies to all existing contracts, including the UEFA national team competitions, UEFA Champions League, and UEFA EURO 2024.

Spartak Moscow will also be relegated from the Europa League after reaching the last 16 stage last week, whereas Russia’s women’s squad will be eliminated from the summer’s Euro 2022 championship.

Moreover, the International Olympic Committee’s executive board suggested on Monday that international sports federations should exclude Russian and Belarussian athletes and officials from partaking in tournaments. According to the IOC, the executive board made the decision “to defend the integrity of global sports events and the safety of all participants.”

It will also be necessary to make decisions for the 2022–23 Nations League, which is set to begin in June. In Group B2, Russia is paired with Iceland, Israel, and Albania. The group is most likely to remain at three teams, while Turkey, as the highest-ranked team in Group C, may be raised.

As for now, the bottom line is that Russia has been suspended by UEFA and FIFA from competing in all international and European club competitions.