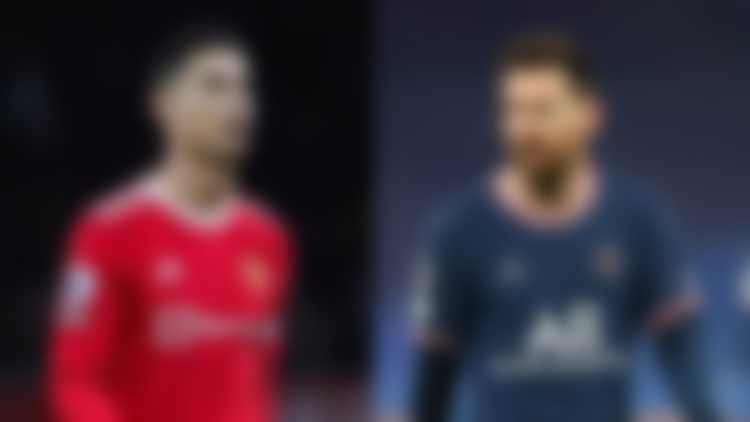 Lionel Messi and Cristiano Ronaldo have brought so much joy to our television screens for the majority of their careers and for the past 15 years their rivalry has been a fascinating one to watch.

In 2021, for the first time ever, Cristiano Ronaldo and Lionel Messi both moved to new clubs in the same summer. Cristiano Ronaldo made his fairy tale move back to Old Trafford after requesting a transfer out of Juventus. On the other hand, Lionel Messi was forced to leave Barcelona due to their crippling financial situation. Thus, he completed a transfer to Paris Saint Germain.

Ronaldo has been in the lead over Messi so far this season when it comes to goals. The Manchester United forward bagged 18 goals in all competitions, compared to Messi who scored 8 goals.

In Ligue 1, Messi has only managed to score 3 goals so far this season. However, Ronaldo is Manchester United’s top scorer in the Premier League with 12 goals to his name. In the Champions League, Messi scored five goals, while Ronaldo managed to bag 6 goals in the group stage.

Lionel Messi is well known to be a play maker and assisting tons of goals to his team-mates. However, both Ronaldo and Messi made a slow start to the 2021/22 season when it came to creating goals for their team-mates.

Overall, Messi managed to assist his team mates a total of 1o times. On the other hand, Ronaldo who is known more as a conventional striker managed to get 3 assists.