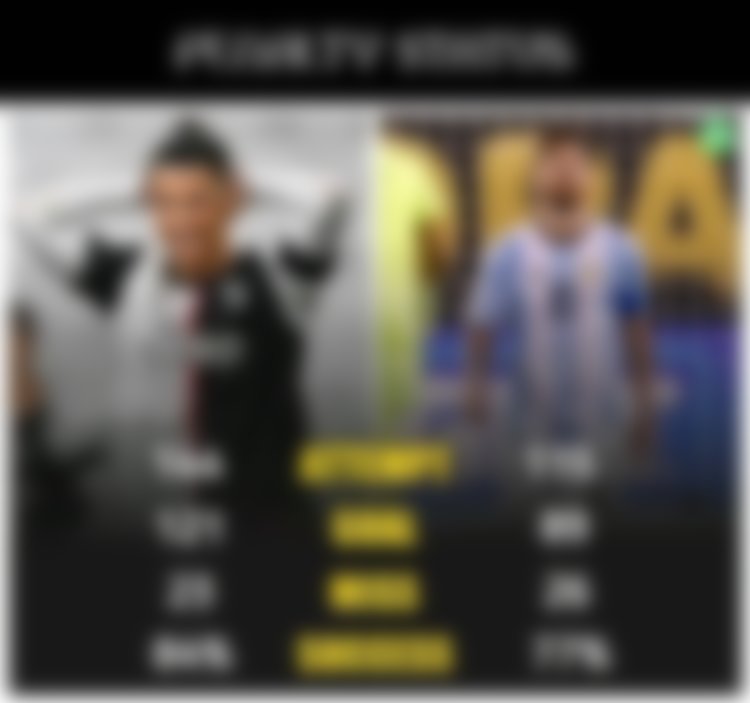 Penalties are one of the easiest goals to score. But they can also be one of the most difficult goals for some players. Players are under immense pressure to score a penalty given they are regarded as easy goals. It is the pressure that makes it difficult and the more important the goal, the more pressure for the players. Ronaldo and Messi are the greatest players but they cannot escape that pressure.

Recently Ronaldo missed a penalty against AC Milan in Copa Italia match. A lot of football fans criticised Ronaldo for missing the penalty. In the last game against Napoli in the Copa Italia final Ronaldo did not take a penalty in the shootout.

The numbers speak for themselves but Cristiano Ronaldo has taken 39 more penalty shots than Lionel Messi. Ronaldo also has the highest attempts to goal ratio and therefore higher success rate. But we have to take into account that Messi is younger and has more time to play. But for now, the stats favour Ronaldo.

Both players have a different style of taking a penalty. Ronaldo tries to send the keeper the wrong way and aims for the bottom left or right corner. Whereas Messi aims for the top corner most of the time taking advantage of the spots keeper cannot reach easily.