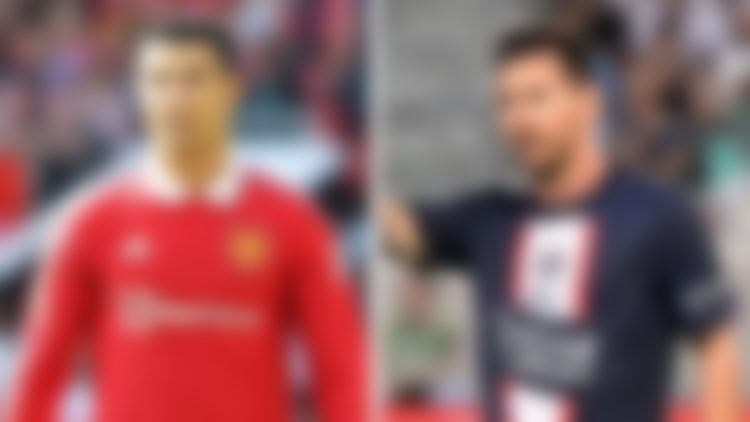 Ronaldo vs Messi debate will go on even after both these great players bid farewell to the beautiful game. Despite reaching the conclusion of their professional careers at the highest level, Cristiano Ronaldo and Lionel Messi remain the world’s two most iconic football players.

Both athletes have had iconic careers so far and even at this age, both players continue to perform at the highest level. Ronaldo and Messi both had an impressive 2021/22 campaign and they will be looking to carry their form to the 2022/23 season.

Ronaldo’s new season with Manchester United didn’t start as he might have initially expected. Despite having told his present club Manchester United that he would prefer to leave if an appropriate bid for his services was received, Ronaldo remains at the Old Trafford club.

Cristiano Ronaldo apparently wants to leave in order to play Champions League football, something Manchester United are unable to deliver following their worst Premier League result in history last season. However, Ronaldo remains a Manchester United player, with Erik ten Hag eager to keep him in the club.

Leo Messi, on the other hand, had a much more relaxing summer in 2022 than he did in 2021. The Barcelona great left on a free transfer when the club was unable to afford to extend his contract.

Despite the fact that both have left La Liga and no longer play in the same domestic league, Ronaldo vs Messi is still a debate, with their supporters disputing who is the best football player ever.

Here are the overall stats of Cristiano Ronaldo and Lionel Messi for the 2022/23 season.

In the 2022-23 season, Messi currently has more goals than Ronaldo. The Argentinian has 4 goals in six games in all competitions, while Ronaldo has yet to score this season.

Ronaldo missed practically the whole pre-season due to “family reasons” as stated by the club, therefore he did not start the game in their Premier League opener against Brighton & Hove Albion.

The Portuguese was brought on as a substitute in the second half of Man United vs Brighton. However, Ronaldo failed to register himself on the score sheet.

Messi currently has more assists than Ronaldo, with 6 to the Portuguese international’s zero.

The Argentinian recorded his first assist of the season in the same game in which he began his Ligue 1 goal count. Messi extended his foot and delicately bounced Pablo Sarabia’s cross straight into the path of Neymar, who converted in the bottom corner, just eight minutes into the match against Clermont Foot.