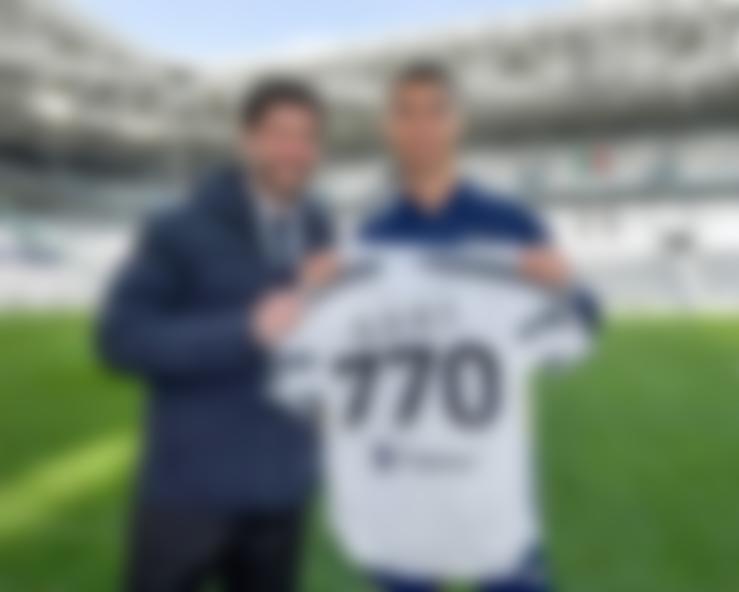 Before the match with Benevento, Ronaldo received a gift.
Club President Andrea Agnelli presented the Portuguese with a T-shirt with the inscription G.O.A.T. (Greatest of all time) and the number 770 in place of the number. Thus, the club celebrated the striker’s achievement of 770 goals in his career.

Ronaldo has scored 770 goals in his career and broke Pele’s record. Cristiano is now the top scorer in football history.

Prior to that, Pele was the record holder, the Brazilian congratulated Ronaldo.

Cristiano, life is a solo flight. Each makes his own journey. And what a beautiful journey you are having! I admire you a lot, I love watching you play and this is no secret to anyone. Congratulations on breaking my record of goals in official matches. My only regret is not being able to give you a hug today. But I leave this photo in your honor, with great affection, as the symbol of a friendship that has existed for many years.

The last few weeks were filled with news and stats considering me the World’s Top Scorer in football history, overcoming Pelé’s 757 official goals. Although I’m thankful for that recognition, now it’s time for me to explain why I didn’t acknowledge that record until this moment.

My everlasting and unconditional admiration for mister Edson Arantes do Nascimento, such as the respect that I have for mid-20th century football, led me to take into account his 767 score, assuming his 9 goals for São Paulo State Team, as well as his single goal for the Brazilian Military Team, as official goals. The World as changed since then and football as changed as well, but this doesn’t mean that we can just erase history according to our interests.
Today, as I reach the 770.º official goal in my professional career, my first words go straight to @pele . There’s no player in the World who hasn’t been raised listening to stories about his games, his goals and his achievements, and I’m no exception. And for that reason, I’m filled with joy and pride as I acknowledge the goal that put’s me on top of the World’s goalscoring list, overcoming Pelé’s record, something that I could never have dreamed of while growing up as a child from Madeira.
Thanks to all of those who took part of this amazing journey with me. To my teammates, to my opponents, to the fans of the beautiful game all over the World and, above all, to my family and close friends: trust me when I say that I couldn’t have done it without you.
Now I can’t wait for the next games and challenges! The next records and trophees! Believe me, this story is still far from being over. The future is tomorrow and there’s still a lot to win for Juventus and Portugal!

Join me in this journey! Let’s go!