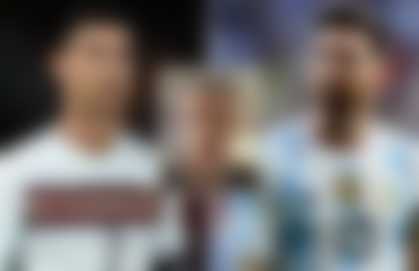 The former Dutch striker Marco Van Basten has had his say on the GOAT debate.

The Messi vs Ronaldo rivalry is one of the greatest rivalries in sporting history. The two superstars have been dominating the sport for the past decade. And what is more intense is the fight between their fans over who is the greatest footballer of all time. The GOAT debate is always split up between these two superstars and football fans all around the world are always engaged in the rivalry for the greatest.

Marco van Basten was a great player himself. The Dutchman is regarded as one of the greatest strikers in the history of the sport. He won the Ballon d’Or three times during his career (1988, 1989, 1992). He won three European Cup titles with AC Milan and won Euro 1988 with his national team, the Netherlands.

According to Corriere dello Sport, per the Daily Mail. Van Basten said:

“Cristiano is a great player, but those who say he is better than Messi know nothing about football, or they are saying it in bad faith.”

“Messi is one of a kind. Impossible to imitate and impossible to repeat. A player like him comes along every 50 or 100 years. As a kid, he fell into the football genius pot.”

However, that wasn’t the only controversial thing said in the interview by the Dutch legend. Van Basten did not include Messi nor Ronaldo in his top three greatest players of all time.

“Pele, Maradona and Cruyff are for me the three greatest players in history,” Van Basten told Marca.

“As a kid I wanted to be like Cruyff. He was my friend. I miss him. Pele and Maradona were also incredible.

“Messi is also a great player, but Maradona always had more personality in a team. Messi is not the one who puts himself at the front to go to war.”