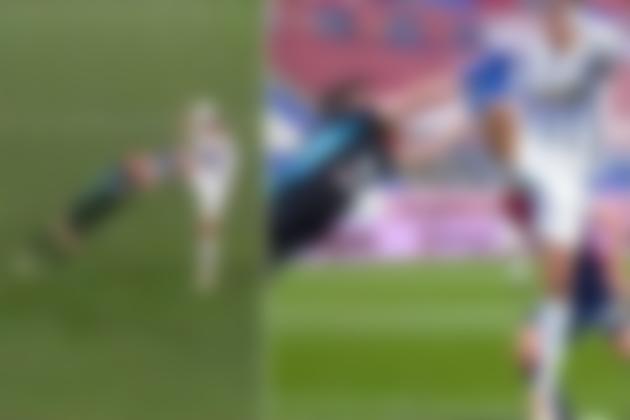 On the 14th minute of the match “Cagliari – Juventus” Cristiano Ronaldo fouls hard on the goalkeeper of Cagliari. Ronaldo kicked Cragno in the face with his boots. The goalkeeper was bleeding. Everyone thought that Ronaldo would receive a red card, but the referee gave a yellow card.

After the match, the President of Cagliari spoke on this topic.
“I am sincerely disappointed with the attitude of the Cagliari players to this game, but even more disappointing that the referee did not give Ronaldo a red card – this incident could change the game. Definitely, it was a dangerous game on his part – it jeopardized the safety of our goalkeeper and should be punished with a red card. This is stated in the rules, ”Football Italia quotes Cagliari President Tomaso Giulini.

By that time, the score was 0: 1. Ronaldo scored at 10 minutes, and at 14 minutes this incident occurred. The referee did not send off the player, showed only a yellow card. Ronaldo continued to play and scored a hat-trick in the first half. On the 25th minute, Crisitano converted a penalty, and on the 32nd minute the Portuguese scored the third goal.

Juventus won 1: 3 and continues to fight for the victory in Serie A. Bianconeri is in 3rd place with 55 points. In the first place is Inter, which scored 65 points in 27 matches.
Juventus dropped out of the Champions League, now the main goal of the team is to win in Serie A.

Ronaldo is currently the top scorer in Serie A. Ronaldo has 23 goals. Second on the list of scorers is Lukaku, who has scored 19 goals.

Hat-trick in the match against Cagliari was 57th for Ronaldo. Ronaldo scored 1 hat-trick for Manchester United, 44 for Real Madrid, 3 for Juventus and 9 for Portugal.

As part of Juventus, Ronaldo scored a hat-trick against Atlético, and 2 times against Cagliari