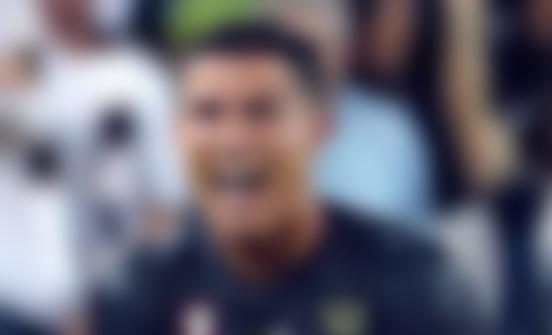 Cristiano Ronaldo has a strong individual season. The Portuguese striker recently broke Pele’s record to become the top scorer in football history. Cristiano also leads the list of top scorers in Serie A.
But despite Ronaldo’s goals, Juventus is having a weak season. The Bianconeri lost in the Champions League in the 1/8 finals, and in Serie A they are on the 3rd place and are 10 points behind Inter.

Is Ronaldo to blame for Juventus’ poor performance? The world is divided into 2 parts, one part blames the Portuguese, and the other, on the contrary, protects him. What’s going on with Juventus? Why are they playing poorly? And is Ronaldo to blame? I will try to answer these questions, and you write your opinion in the comments.

I don’t think Ronaldo is Juventus’ problem. For me, the main reason for the poor results of Juventus is the management of the club. During these 3 years, Agnelli and his colleagues changed their coach three times. Even Jurgen Klopp in the first time in Liverpool showed weak results, he needed time. The same can be said for Guardiola. The management of Liverpool and Manchester City gave their coaches time to adapt, and they brought the desired result. Juventus immediately fired Allegri, and then did not give time to Maurizio Sarri. Sarri has a different style of football, he needed time, but Juventus management wanted instant results. Then Agnelli appointed Pirlo as the new coach, who had no experience.

The footballer who is the team’s top scorer cannot be a problem. Juventus has squad problems, but management denies them. The defenders of the team are gradually aging, Morata is not the top striker, and the midfield is the most problematic part of the team. Juventus was famous for its midfield in the mid-2010s, and now this line is the weakest in the club. Then in Juventus the top players Pirlo, Pogba, Vidal and Marchisio played, and now the middle ones Ramsey, Arthur, Bentancur and Rabiot. Yes, they are not bad players, but they are noticeably weaker than the Juventus midfielders in 2012-2017.

Juventus management bought Ronaldo and thought that he would solve all their problems. With the arrival of Ronaldo, Juventus has become weaker. If Cristiano is not playing well, then the team does not know what to do. After Ronaldo’s transfer, Dybala began to regress. But this is the problem of the coach, who cannot use them together.

If Ronaldo leaves, Juventus’ problems will not be solved. Cristiano makes Juventus popular, makes a lot of money and can still decide the outcomes of big matches. I think we need to update the midfield and fit Dybala’s formation. Pirlo needs to be given time to update the team, but if Andrea does not cope with his task, then it is better to change the coach. I would bring back Allegri, who worked great with Cristiano.