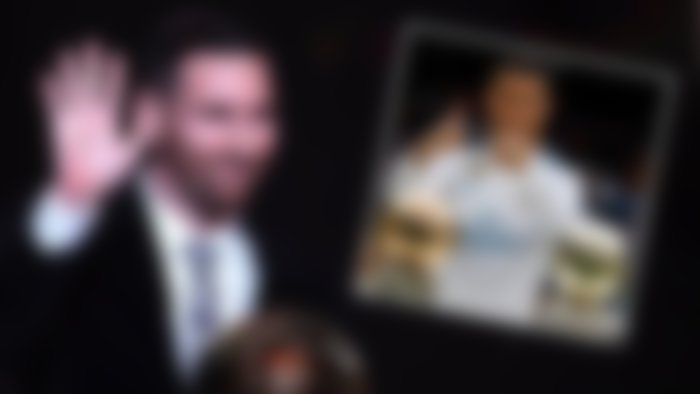 A Cristiano Ronaldo fan has taken to Twitter to slam Lionel Messi winning three Ballon d’Or which he did not deserve. And some people in the comment say he does have a valid argument.

3 out of Messi’s six Bdors have been controversial

While only 1 out of Ronaldo’s 5 can be seen controversial pic.twitter.com/7KSEhrUIaa

The Ronaldo Twitter fan believes the 2010 Ballon d’Or should have been won by Wesley Sneijder but Messi only won it because of his “favouritism”.

In 2012 Messi won the award again after scoring a ridiculous 91 goals in one season. But he believes those goals are of no use because FC Barcelona did not manage to win the Champions League or the La Liga. He believes Messi disappeared when his team really needed him in crucial matches.

Instead, he believes Andres Iniesta was more worthy of the prestigious award because he won the Euro 2012 with Spain.

In 2012 Messi only had a CDR to show for his achievements. His 91 goals were of no use coz when needed he disappeared in the title decider Clasico at Camp Nou & also disappointed in the UCL SF against Chelsea

Iniesta won the EURO but he was overlooked just to give Messi a career pic.twitter.com/WKqEaEkw7E

He goes on to explain that Messi also should not have won the 2019 award because he lost the Champions League semi-final, Copa Del Rey final and he did not perform at the Copa America.

Meanwhile, Van Dijk had a great season winning the Champions League and losing the Premier League title by one point.

In 2019, Messi was horrible. He lost the UCL SF despite being 3-0 up in the 1st leg, he lost the CDR Final & he was awful in the Copa America scoring only 1 penalty in 6 games

He believes only one of Ronaldo’s Ballon d’Or was controversial which is 2013, where Frank Ribery deserved it more after winning a treble with Bayern Munich.

Now if we look at Ronaldo, only 2013 can be seen controversial when Ribery deserved it more.

Ribery had a fantastic collective season in 2013 so I’d say he deserved the 2013 Bdor ahead of Ronaldo pic.twitter.com/iW63EgZApg

Its pretty clear that without favourism and courtesy awards, Ronaldo is way clear of Messi.

But the only reason Messi is still in the same debate is coz of clear favourism and robbing other players awards. Ronaldo is the most hated person in the World just coz he is too good. 👑 pic.twitter.com/54esTLoOPS

The Twitter fan states, if it wasn’t for Messi “favouritism” Ronaldo, would have more Ballon d’Or awards than his rival Lionel Messi